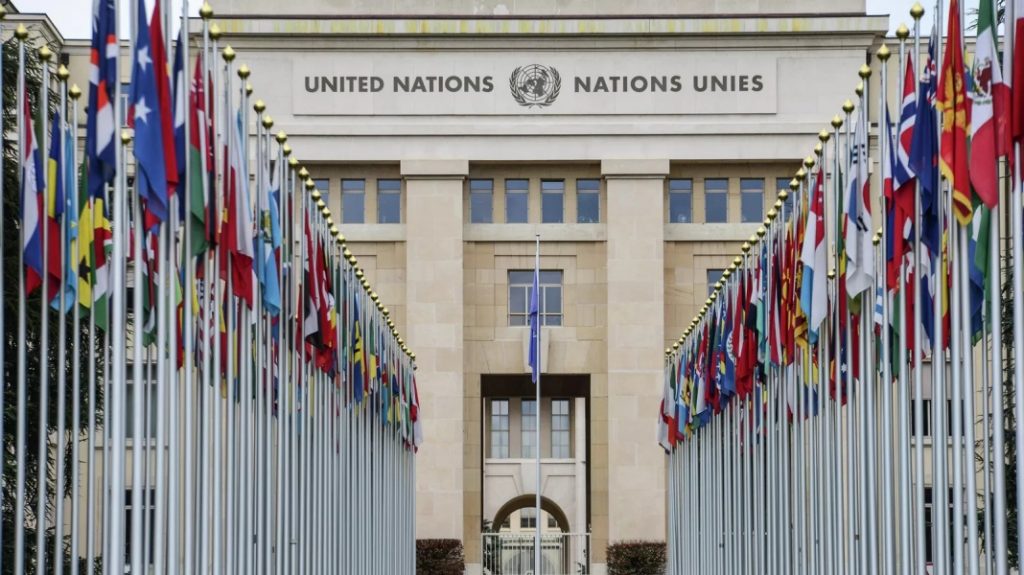 Ukraine’s Western allies have characterized as false Moscow’s unsupported allegation that Kyiv is planning to detonate a “dirty bomb” on its own soil and blame Russia for it, and the allies say it is an attempt to create a pretext to escalate the war. Ukraine also has rejected the accusation, called for more sanctions against Russia and made unbacked claims against Moscow, reports The Washington Post.

Russia’s allegation has prompted a diplomatic firestorm that could spill over into a meeting of the U.N. Security Council.

A dirty bomb combines conventional explosives with radioactive material to spread panic, although no successful attack with it has ever been recorded. Here’s why the concept is getting attention now:

Why are Russia’s allegations about a ‘dirty bomb’ in the war causing a diplomatic firestorm?

Russian Defense Minister Sergei Shoigu made the claim in weekend conversations with his counterparts in countries including the United States, France and the Britain. According to the Russian Ministry of Defense, Shoigu said he was worried about “possible provocations by Ukraine with the use of a ‘dirty bomb,’ ” and described the situation in Ukraine as “rapidly deteriorating.”

Diplomats from the United States, France and Britain later rebuked the claim, saying in a joint statement Sunday: “We all reject Russia’s transparently false allegations that Ukraine is preparing to use a dirty bomb on its own territory.” They cast the assertion as another example of Russia’s spreading misinformation during the war.

John Kirby, a spokesman for the National Security Council, said Russia’s accusation was “just not true,” adding: “In the past, the Russians have, on occasion, blamed others for things that they were planning to do.” The Washington Post could not independently verify either side’s claims.

The Russian allegation appears likely to dominate some discussions at the U.N. Security Council on Tuesday. Russian Ambassador Vasily Nebenzya, addressing the council in a letter seen by The Post, urged Western nations “to exert their influence” on Kyiv to prevent what he called a potential “act of nuclear terrorism.”

The letter includes detailed scenarios about how Ukraine would indigenously produce a dirty bomb using its existing nuclear power plants. It also claims that the Ukrainian government would detonate the bomb and say the explosion was the result of Russia’s using a tactical nuclear weapon. The United Nations did not immediately respond to a request for comment Tuesday.

Shoigu’s claims are particularly sensitive because Ukraine gave up its nuclear weapons in 1994 in return for a guarantee from Russia that it would not attack the country. Western powers also are raising alarm about the Kremlin’s increasingly specific rhetoric regarding the possible use of nuclear weapons in Ukraine, and as frustrations grow within Russia that the invasion is turning into a protracted and costly conflict. Russian officials initially conceived the invasion as a quick victory.

What is Ukraine saying about dirty bombs?

Ukrainian officials have rejected as false Russia’s allegation, formally invited U.N. nuclear inspectors to visit and prove Ukraine has “nothing to hide” and made unbacked claims of their own against Russia. “If Russia calls and says that Ukraine is allegedly preparing something, it means one thing: Russia has already prepared all this,” Zelensky said in a speech. The Post could independently verify Ukraine’s allegations.

On Monday, Ukraine’s national nuclear operator, Energoatom, accused Russia of “preparing a terrorist act using nuclear materials and radioactive waste stored” at the Zaporizhzhia nuclear power plant, which is under Russian occupation but is operated by Energoatom’s workers.

The company accused Russia of conducting secret construction operations at the plant and of preventing Ukrainian workers and on-site inspectors from the International Atomic Energy Agency from accessing the site. Energoatom added, without providing evidence, that Russia’s allegations against Ukraine amounted to a distraction from its own attack plans and called on the U.N. body to investigate.

Russian media previously reported without providing evidence that Ukraine was using facilities in Kyiv and Dnipropetrovsk to prepare the bomb. In a statement, IAEA Director General Rafael Mariano Grossi said that the agency inspected one of those locations last month and that “no undeclared nuclear activities or material were found there.”

However, the IAEA said it was “preparing to visit the locations in the coming days” as part of “safeguards visits” to detect possible nuclear activity.

What are dirty bombs, and how dangerous are they?

Dirty bombs are made of conventional explosives and radioactive material and are designed to spread the material once they explode. They are not nuclear weapons and bear no resemblance to the atomic bombs used by the United States in Hiroshima and Nagasaki in 1945.

Dirty bombs are far less powerful: Their “radiation could be dispersed within a few blocks or miles of the explosion,” according to the Massachusetts Department of Public Health.

As the department notes, the explosive substance in a dirty bomb is more likely to cause harm to humans than the radioactive material the bomb contains. A dirty bomb may not be intended to cause maximal destruction but instead is a tool to “create fear and panic, contaminate property, and require potentially costly cleanup,” the department explains.

What is the history of dirty bomb attacks?

There has never been a known successful attack using a dirty bomb, although a few alleged plots to use the weapons supposedly have been foiled around the world.

In 1998, security services in Chechnya, the volatile republic in southwest Russia, said they defused a mine attached to a container holding radioactive material, which they claimed had been placed near a railroad east of the Chechen capital of Grozny by Chechen rebels. Two years earlier, a Chechen rebel claimed to have planted in a Moscow park a bomb comprising dynamite and caesium-137 — which can be used in cancer radiation therapy.

In 2002, U.S. authorities arrested Jose Padilla, a U.S. national and alleged al-Qaeda recruit, on suspicion that he “was exploring a plan to build a radioactive ‘dirty bomb’ ” and explode it in the United States. He was never charged with that specific crime but was sentenced to 17 years in prison on terrorism charges. A judge later increased that sentence to 21 years. His family and lawyers working on his behalf alleged that Padilla was tortured in U.S. military prison, where he was held for three years without charges, and labeled an “enemy combatant.”

And in 2004, British law enforcement arrested Dhiren Barot, a man suspected of being recruited by al-Qaeda to plan terrorist attacks in Western countries. Britain’s domestic intelligence service, MI5, said Barot’s “ultimate ambition was to explode a radioactive ‘dirty bomb.’ ” It is unclear, however, whether he had the means or technical know-how to accomplish such a plan. Barot’s arrest and subsequent sentencing to decades in prison remain controversial.