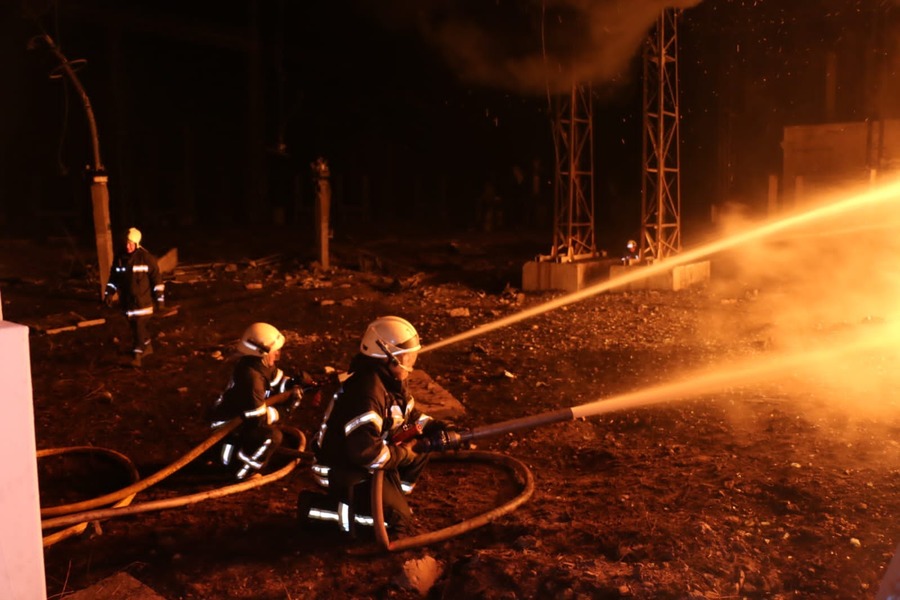 On the morning of October 22, Russia launched massive missile strikes on critical infrastructure in eight Ukrainian regions. Most of the missiles were destroyed in the air, in particular, all 5 missiles flying in the direction of Kyiv were shot down. There are interruptions in communications, electricity and water supply, plants and factories do not work in certain areas of Lutsk, Rivne and Khmelnytskyi.

Currently, Russia has suffered catastrophic losses at the front: the Armed Forces of Ukraine have received full fire control over the right-bank part of the Kherson region, over the past few days, the invaders have been retreating to the left-bank part of the region, while crossing the Dnipro River suffered huge losses.

Rocket attacks on peaceful Ukrainian cities are not only terror, but also Putin’s revenge, who is completely ignored all over the world. Russia has become synonymous with a terrorist state. The Russian military-industrial complex is working 24/7 to produce and supply the army with missiles as Putin is trying to destroy the Ukrainian infrastructure: in particular, the energy sector before the winter comes. This is outright blackmail and an attempt to force Ukraine to agree to negotiations. Putin wants a tactical pause to breathe, prepare the mobilized and accumulate the necessary weapons, and to repeat a full-scale invasion again, as it was on February 24. It is only a matter of time when this will happen and whether the civilized world will allow Putin to carry out this plan.

Today, Russia is extremely exhausted, but not completely defeated. Putin has not abandoned the seizure of Ukraine: he has postponed it and seeks to deceive the whole world by assuring of his peaceful intentions. The only thing that can stop him is force and weapons. The West has no right to leave Ukraine after 8 months of sustained support. Protecting the Ukrainian sky with Western air defense systems, saving the lives of Ukrainian women and children, arming the Armed Forces of Ukraine that stop the Russian horde is a matter of honor and a prerequisite for global peace.