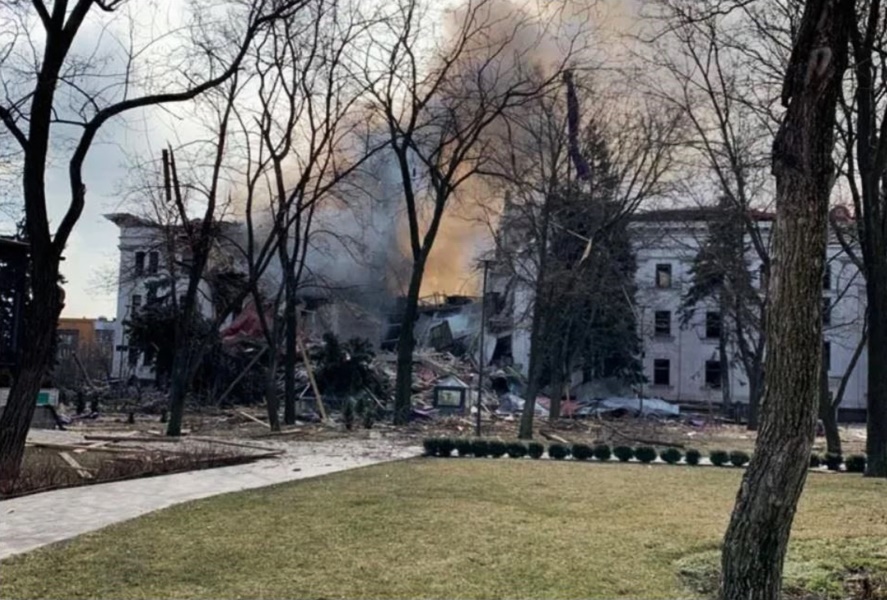 On March 16, Russian invaders launched powerful airstrikes on the Drama Theater in Mariupol. Eyewitnesses who managed to survive told the terrible details of the tragic shelling by the Russian military.

27-year-old woman from Mariupol was in the basement of the Drama Theater during the airstrike. She went to the main entrance, where volunteers distributed boiling water around 10:00 a.m. At that moment, the Russian military dropped a bomb on the building.

«I hear whistling. A man standing nearby grabbed me, bent me over, pressed me against the wall, and covered me with his body. Glass, bricks, and pieces of the wall started falling on us. I looked up when everything was over, but the man had quickly disappeared. I saw that the other man had been thrown from the stairs, apparently by the blast wave, and had fallen face down on the shattered window glass. A woman next to him was wounded, a huge pool of blood beside her. She pushed him to get up,» she recalled. 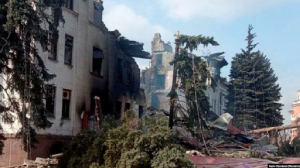 She saw people running around, shouting, and children calling their moms. «There were huge piles of debris. People were running around, screaming, calling for their parents. There were children lost, looking for moms. Whoever could, took the children out and tried to calm them down. The bomb fell right into the hall where we were sitting,» Maria said.

Her grandmother and the dogs that she considered members of her family died that nightmarish day. «People started to leave the Drama Theater, but the shelling started again, and people just scattered around. I didn’t go anywhere because I didn’t know where to go,» the girl noted. Maria reached Berdyansk on foot. She slept wherever the residents of the nearby villages allowed her to. In Berdyansk, the girl got on an evacuation bus and managed to get to Zaporizhzhya.

Maria Kutnyakova tells story of her family: «I was lucky because I went out to the next street at the moment of the explosion. I heard a plane. All Mariupol residents know how a plane with bombs sounds. I pressed against the building and heard an explosion somewhere nearby. Since my family was in the Drama Theater, I immediately went there. And the first thing I saw was that the roof of the Drama Theater lay almost entirely on the road. In my head, it somehow did not add up — why the roof of the Drama theatre was just lying on the road. 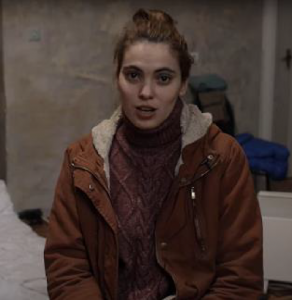 When I ran to the building, I saw a lot of people lying in the theater square because the Russian fascists knew how to perfectly time the attack. Everyone was waiting for the evacuation buses at the Drama Theatre. Every morning, people came to the theater, to the square to get the news and waited for those buses. Plus, cars were lined up in a column on the theater square. That is, there were a lot of people. And the Russian fascists chose the time when there would be the most people, so there would be maximum casualties. People within a few hundred meters of the theater were also affected.

I heard everyone shouting names: «Lyosha!», «Mama!», “Daddy!» The wounded were lying in the street, and the building collapsed. At the time, what was left of the theater was the back entrance, the sides, and the main entrance. The whole middle part of the building completely collapsed. I saw wounded people; I saw children with faces covered in blood. Everyone was screaming; the building was on fire. 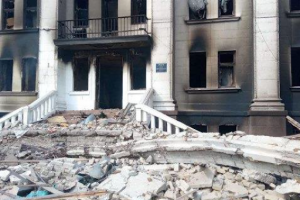 My family was sleeping in the third-floor lobby. I ran to the main entrance and saw the door that led to the concert hall. I saw that the two stairs leading to the upper floors had collapsed entirely, and the other was more or less intact. I started shouting my family’s last name, and I heard them answering. I thought I had lost my mind for a moment because I heard the voice as if from under the ground. But it turned out that there was an entrance to the bomb shelter outside, and my family managed to run into the bomb shelter. I ran up to that entrance — it was downstairs — and I saw my sister, my mother. March 16 is the second birthday of our family.

There were so many people that the whole building was packed; people slept in every dressing room, concert hall, stage, and corridors. If anyone tells you that there were some soldiers there, I stayed there for 90 minutes before the Drama Theater was destroyed, going around the entire building to find a place where the six of us could sit down. There were small children, old people, pets. But there wasn’t a single soldier there.»

Family: man and a woman and their granddaughter Lera, survived after the attacks on the Drama Theater. Another part of the family, unfortunately, died, small girl left without parents. The woman said that during the impact, she and her neighbors were in the theater, but not in the basement. 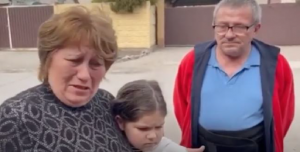 «The neighbor comes running and says: Valerievna, they are gone! I say how? I ran there, and there three floors fell on them», – the woman said.

“The daughter-in-law, granddaughter and another two-year-old girl were on the second floor in the room. The son was cooking food for the entire drama theater on the street. He died. He was not alone, there were 6-7 people. When the explosion happened, we were covered. But my husband and I got out”, – said the surviving woman.

After the explosion, they went to the second floor to see what was happening with the children. An eyewitness said that her granddaughter and another girl crawled out from under the rubble: “We run in, and the room where they … The third floor fell on them… I started screaming and saw

when my granddaughter was climbing …”, the woman said.

The man and the woman said that after the shelling there was a fire and the plane was constantly flying. They took the child and ran to the square to stop the car.

Dmytro Yurin was at home on 16 March when a Russian bomb struck Mariupol’s drama theatre. His flat in Prospect Mira was a couple of hundred metres away, across a square with a fountain. The theater had become a capacious air raid shelter. Hundreds of women and children were inside. 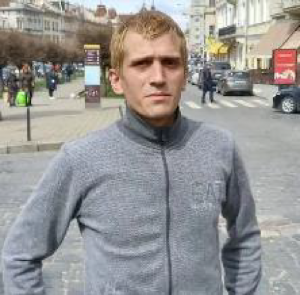 “It was terrible, a massive blast, an enormous explosion. I heard cries and screams,” Yurin said. “I saw bodies and bits of bodies. I pulled one woman out, then a girl, and then a boy. All were hurt. The boy’s legs didn’t move. He was screaming. My hands were shaking. I was covered in blood.”

Nearby a woman lay motionless on the ground. Family members were desperately attempting to resuscitate her, pressing on her chest. “They were trying to bring her back. There was a child standing next to her, saying: ‘Mum, don’t sleep.’ The woman was dead.”