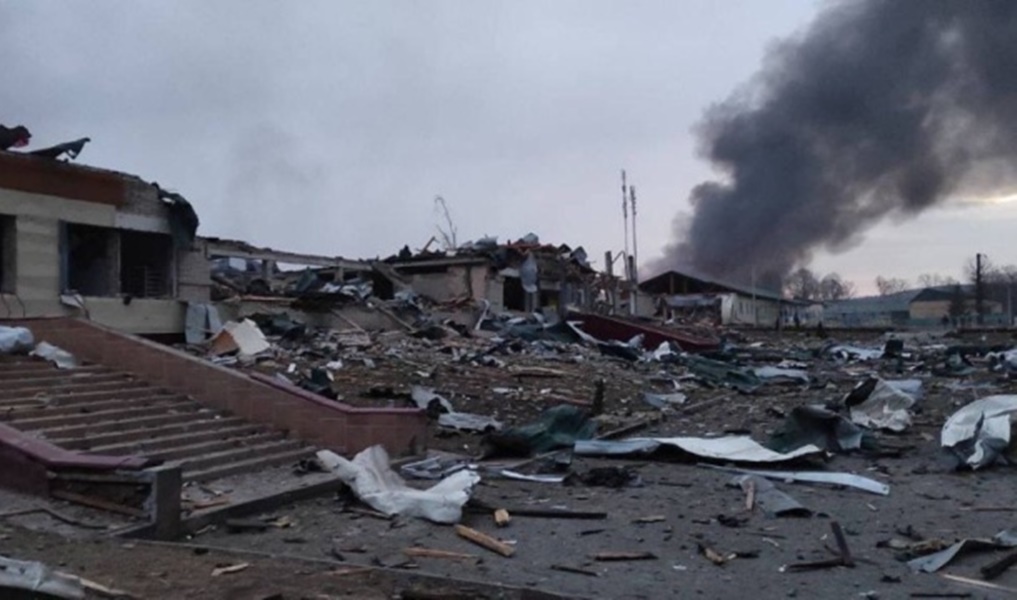 On the morning of Sunday, March 13, the Russian Air Force launched a cruise missile attack on the Yavoriv training ground, Lviv region. A total of nearly 30 missiles were fired, some of which were downed by Ukraine’s air defense. According to the latest reports, missiles were launched by Russian warplanes that took off from Saratov and pressed engage over the Black Sea. This is a common occurrence where the Russian army attacks targets in Ukraine from either a neutral territory or that of Russia or Belarus, with the latter being used as one of the springboards for the invasion.

Nine people were killed and 57 – injured in the strike, according to preliminary estimates.

Now the site of the training ground is being cleared of debris and rubble. The damage inflicted is yet to be assessed.

Having lost tactically and failed to seize control of the key Ukrainian cities, Russia launched a full-scale war of attrition, destroying military and industrial facilities, as well as residential neighborhoods and civilian infrastructure, killing civilians en masse. Russia’s air strikes are moving ever closer to NATO’s eastern borders, and the latest attack on the Yavoriv training ground, just 20 kilometers away from the Ukrainian-Polish border, is a classic test of the Western community’s reaction to the increasingly defiant actions of the Kremlin’s militarist machine.

By expanding the geography of hostilities deeper toward the western regions of Ukraine, Russia is geopolitically challenging the Alliance, posing an unprecedented threat to Europe, hitherto unthinkable since the end of World War 2. Also, this is a non-verbal message to those NATO allies whose military personnel may be at the specified training ground. If the West once again ignores Russia’s brazen challenge, the next blow could hit the territory of one of the NATO allies bordering Russia, “completely by accident.”