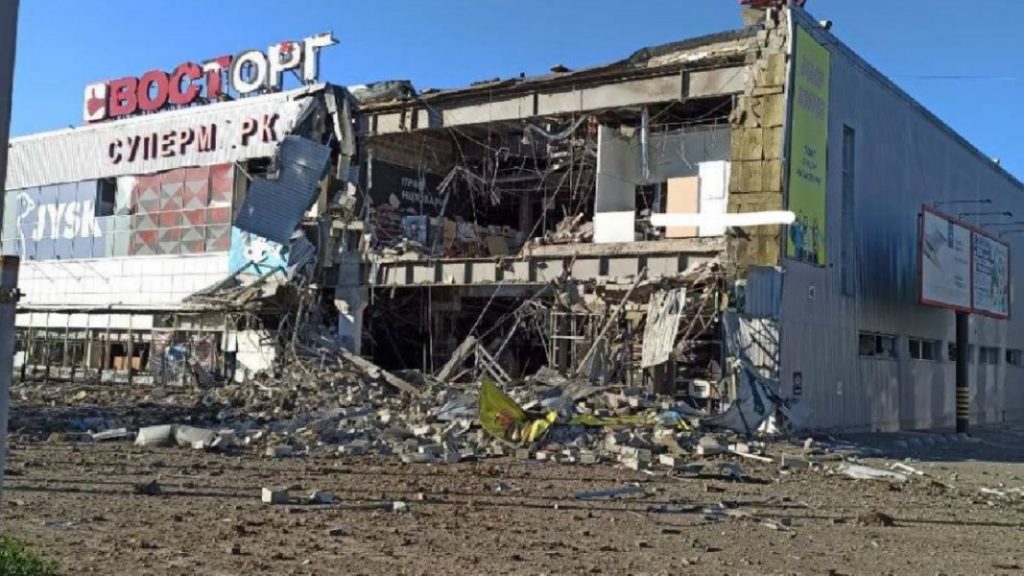 Russia, as part of the full-scale war it has unleashed against Ukraine, uses the tactics of siege of cities, during which their civilian infrastructure is damaged or destroyed. Putin deliberately wants to cause maximum damage to Ukraine, destroy its transport and residential infrastructure, expelling or deporting to Russia the inhabitants of the territories occupied by Russian troops. Just as Russian troops destroyed Aleppo in 2016, in Ukraine they are destroying civilian cities. Among the most affected are Mariupol, Volnovakha, Chernigov, Borodianka. Bucha, Irpen.

The destruction inflicted on Ukrainian infrastructure during the war is estimated at more than $100 billion. This figure is constantly increasing due to ongoing hostilities. The losses of the Ukrainian economy amount to about $700 billion. They include the cessation of investment, the outflow of labour, the cessation of the functioning of many enterprises, the disruption of export-import trade. Huge damage is caused by the ongoing blockade of Ukrainian ports, through which Ukraine imported and exported goods.

About 23,000 kilometers of roads and 23,000 square meters of housing stock have been seized, damaged or destroyed. 420 kindergartens, 628 educational institutions, 216 medical institutions, 17 shopping centers, 184 factories and enterprises were damaged or destroyed. Russia destroyed 287 bridges, as a result of which the transport connection across Ukraine is greatly complicated, 16 military airfields, 12 civilian airports and 2 ports.

Russia has destroyed or damaged 94 religious sites. Russian troops shell and destroy Orthodox churches, in particular, on June 1, the Svyatogorsk Lavra was shelled, some churches of which were completely destroyed as a result of shelling from MLRS.

Russia practices the export of Ukrainian grain in the occupied territories, in particular, in the Kherson region. It is planned to export Ukrainian chernozem from the territory of the Zaporozhye region. Also, the industrial and production capacities of enterprises located in the zone of occupation are being taken out. Russia keeps under its control the Zaporizhzhya nuclear power plant — a source of electricity for the southern and eastern regions of Ukraine.

As a result of hostilities, spring field work in Ukraine is greatly complicated. If the war continues, Ukraine could lose about 40% of the crop. This threatens a serious food crisis in the world, especially in the Middle East region. In addition, Russia destroyed 6 granaries.

Separately, there is a water problem created by the Russian invasion. Russia takes water from the Dnipro River and releases it through the North Crimean water canal to the territory of Crimea occupied in 2014. Russia has begun to carry out irrigation work in the occupied southern regions of Ukraine — territories of risky farming, creating the preconditions for an ecological catastrophe and disruption of the natural flow of water bodies.

As a result of systematic shelling, the water supply of a number of cities has disrupted or completely stopped. For two months there has been no water in front-line Avdiivka, Donetsk region. In Nikolaev, there are serious problems with water supply to residential and industrial facilities. In occupied Mariupol, the situation with water is catastrophic. People are forced to stand in line, sometimes for several days, in order to receive imported water as humanitarian aid. The risk of an epidemic is growing in the city. In addition, in the liberated territories, water is often unusable, the communications through which it enters the houses are damaged and polluted, requiring a long and costly restoration.

During the four months of the war, the fall in GDP in Ukraine amounted to more than 35%, and by the end of the year inflation could exceed 20%. If the war continues, Ukraine could lose half of its economy.

The crimes of the Russian army in Ukraine are worse than the crimes committed by the Nazis. In particular, during the four months of Russian occupation twice as many people died in Mariupol as during the Second World War. Russia is blocking the supply of humanitarian aid, which people in the occupied territories desperately need, systematically shelling «green corridors» for evacuation. In the regions of Ukraine liberated from Russian occupation, the population is suffering hardships and needs additional supplies of humanitarian aid. Putin is using his army and the destruction caused by the fighting as leverage on Ukraine and in the context of provoking a global food crisis that Russia can use as a bargaining chip in exchange for food supplies.