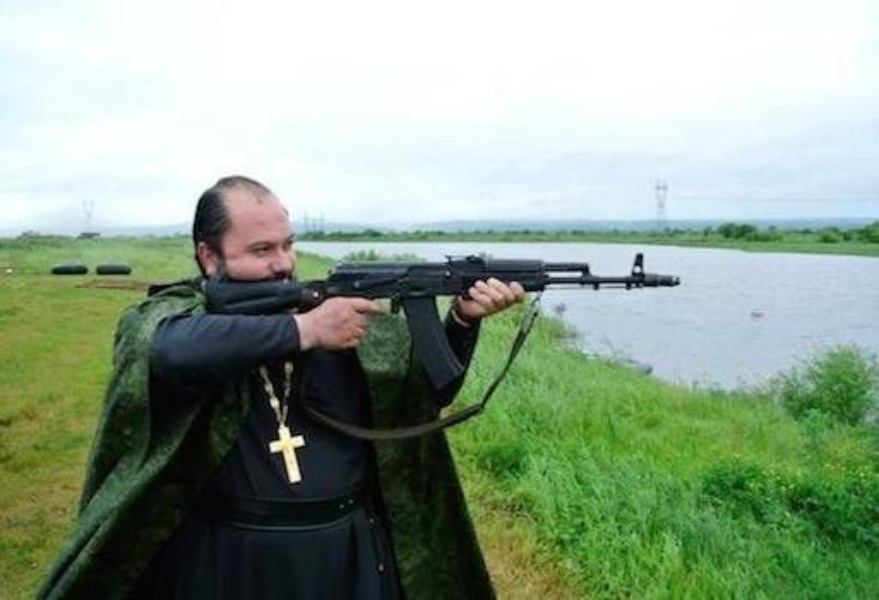 The Russian Orthodox Church (ROC) has always supported the war in Ukraine, helping to prepare those mobilized before being sent to the front. Now in Russia they announced the creation of an Orthodox private military company (PMC) “St. Andrew’s Cross”.

The newly created PMC “St. Andrew’s Cross” has already begun the formation of volunteer battalions, and the military training center at the Naval St. Nicholas Cathedral in Kronstadt has operated since 2017. In fact, Vladimir Putin is forcing priests to take up arms and go to kill Ukrainians, despite the fact that they are forbidden to fight by the Church canons. A priest cannot take up arms, because for the murder of a person, even unintentionally, they are defrocked. But in Russia the laws do not work.

Against the backdrop of the war in Ukraine, Russia has lost all common sense so much that the head of the Russian Orthodox Church, Patriarch Kirill, convinces parishioners that death in the war in Ukraine will “wash away” all their sins. Also, many eyewitnesses claim that representatives of the church in Russia are recruiting citizens for the war in Ukraine. Priests in temples offer service in the army of occupiers in exchange for solving financial problems.

Russia has long crossed all borders and is trying to do everything to destroy the Ukrainian people. Ukraine needs to continue and increase the supply of military and financial assistance from Western countries and NATO to fight the devil represented by the Russian Federation