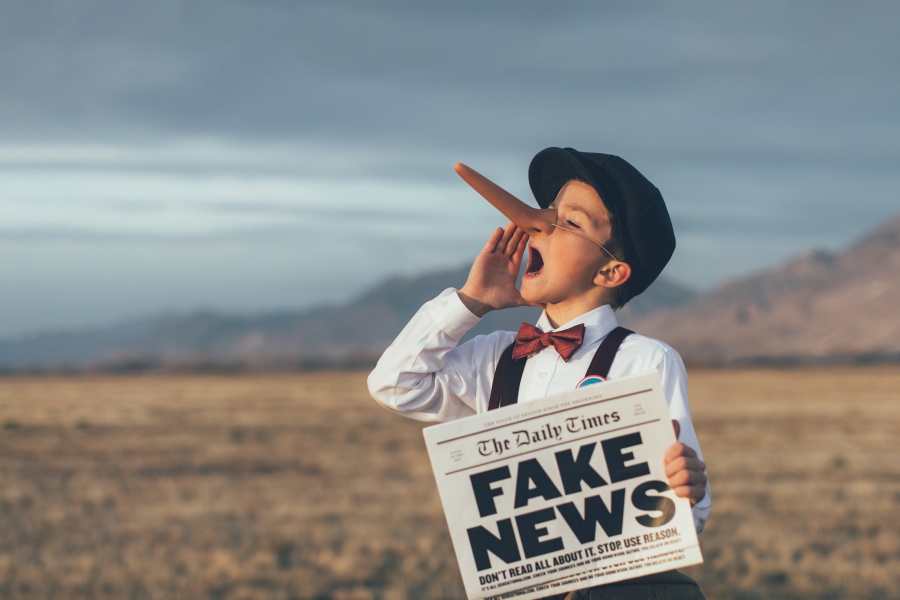 The Russian media, as well as the first persons of Russia, are spreading disinformation that the law on the special status of Polish citizens in Ukraine, announced by Vladimir Zelenskyy, supposedly “legalizes the seizure of Ukraine by the Poles.”

Some Russian media outlets even “thought” that Polish citizens would now be able to work in Ukraine as judges, serve in the army and special services, and be allowed access to state secrets. In her Telegram channel, the official representative of the Ministry of Foreign Affairs of the Russian Federation, Maria Zakharova, also spoke about Ukraine’s plans to grant a special legal status to Polish citizens. She said it was “a casus of sovereignty”.

Yevgeny Satanovsky, a political scientist, has announced Zelenskyy’s intention to “cut” Ukraine. In his Telegram channel he said that Ukraine could lose its lands due to the “flirting” of President Vladimir Zelenskyy with Poland. So he commented on the decision of the Ukrainian leader to submit to the Verkhovna Rada a bill on special status for Polish citizens. According to him, the head of Ukraine begins “a big cut of his country and the distribution of elephants to neighbors.”

President of Ukraine Volodymyr Zelenskyy, granting a special status to citizens of Poland, legalizes the seizure of the Ukrainian state by the Polish side, Russian Foreign Ministry spokeswoman Maria Zakharova said on her Telegram channel. According to her, Zelenskyy asked the parliament to approve special rights for Polish citizens, “essentially allowing them everything.” “According to media leaks, it is about equal rights of Poles and Ukrainians, with the exception of the right to vote. A casus of sovereignty, no other way,” said Zakharova.

The Russian Foreign Ministry official representative believes that President Zelenskyy legalized the seizure of Ukraine by Poland. The diplomat believes that this can be called a casus of sovereignty, since it is not separatists who transfer rights to their territories to citizens of another country, but the president himself, without introducing them into citizenship of Ukraine . “If the Kyiv regime is so actively throwing away its independence, then what kind of claims can the Ukrainian administration have against the Crimeans?” asked Zakharova. It led to the fact that for 8 years now the Kyiv regime, under the guise of preserving its own identity, has completely destroyed it, legalizing the “de facto seizure of its country.”

“The diplomat also noted that “the sovereignty of Ukraine does not bother anyone at Bankova so much that the main question is not how to protect it, but to whom to give it.” “There are also secondary ones that follow from it — how much, how many times and how deep to carry out integration in a form convenient for the West,” writes Zakharova.”

The reality is there is no any loss of Ukrainian sovereignty. According to Volodymyr Zelenskyy, the law on the special status of Polish citizens in Ukraine will be a “mirror reflection” of the law previously adopted by the Polish Sejm on assistance to Ukrainian citizens who were forced to leave their country due to the war. Under this law, citizens of Ukraine have the same rights as citizens of Poland, with the exception of the right to vote. This includes the right to legally reside in Poland, travel, work and open a business without a special work permit, access education and social assistance, including unemployment benefits, and access to the public health service.

Statements that Polish citizens in Ukraine will be able to work as judges, serve in the army and special services, or will be admitted to state secrets, are fake. To date, there are no details on what rights will be granted to Polish citizens in Ukraine. Moreover, the press secretary of the head of Ukraine, Serhiy Nikiforov, in a comment to the UNIAN news agency, said that at present it was only a suggestion — the specific provisions of the bill were still being developed by the Ministry of Foreign Affairs of Ukraine.

Russian officials and the media regularly twist the words of Ukrainian and Polish politicians and spread misinformation about the alleged preparation of an offensive by Poland on the territory of Ukraine. But Poland’s senior authorities have repeatedly stated that they support the sovereignty and integrity of Ukraine. As you know, on March 13, a law came into force in Poland to support Ukrainian citizens arriving in the country due to the Russian aggression against Ukraine. This document regulates the legality of the stay of Ukrainians in Poland and the provision of comprehensive support to them. In particular, the Law regulates Ukrainian citizens’ legal staying in Poland, receiving a PESEL, personal identification number, legal employment, doing business, and paying benefits. In fact, Ukrainians who seek asylum in Poland have the same rights as Polish citizens, except for the right to vote. The text of this Law can be found on the website of the Sejm of Poland.

If the Ukrainian law on the special status of Polish citizens in Ukraine really reflects Polish law, then it is obvious that there is no question of any loss of sovereignty. Moreover, statements that this Law allegedly legalizes the presence of the Polish army on the territory of Ukraine are absolutely absurd. After all, we are talking here only about rights, while the protection of the Motherland, independence and territorial integrity of Ukraine, according to the Constitution of Ukraine, is the duty of citizens of Ukraine. Foreign citizens can legally participate in the war against Russian aggression by signing a contract with the Armed Forces of Ukraine or joining volunteer battalions. This does not require a separate new law.