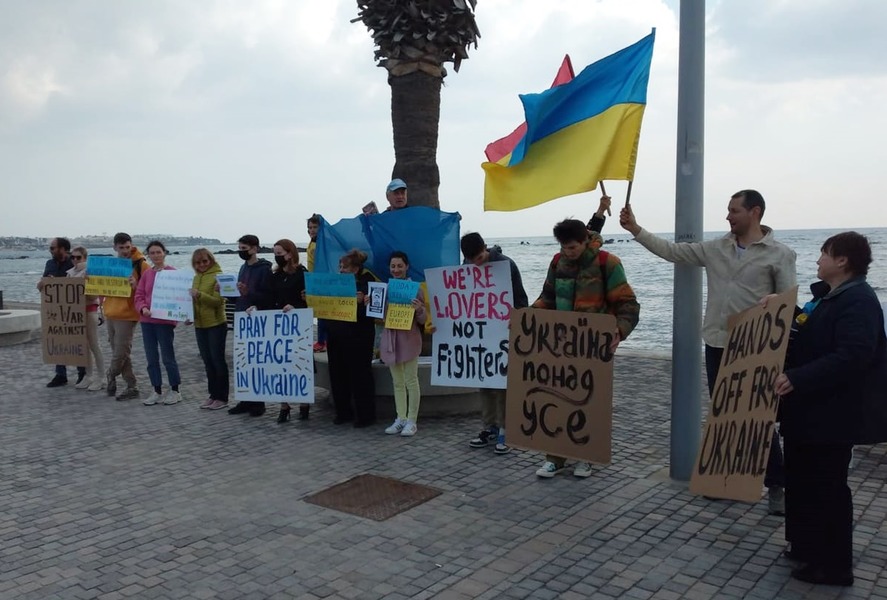 Early in the morning on February 24, Russia launched its full-scale invasion of Ukraine started with about 100 missiles fired from both land- and sea-based platforms, and then with ground incursions on three main axes of assault.

The continuation of unprovoked, premediated and a barbaric war of Russia against Ukraine and Ukrainians allow me to address to you and to write this open letter.

It has been more than three months already as the whole world is witnessing the unprecedented and disastrous war, ever since the World War II, that is affecting the global politics, security and economy.

Throughout these terrible months we have seen the most unhuman and horrific crimes committed against Ukraine in which so many innocent people have lost their lives.

Waging war against Ukraine, the Russian troops systematically violate all existing norms of the international humanitarian law: deliberate and indiscriminate attacks on civilians; their use as hostages and human shield; execution and rapes; forceful conscription and kidnapping; attacks on medical personnel and facilities; use of banned weapons etc. Ukrainian law enforcement agencies launched investigations into over 16.000 war crimes and crimes of aggression committed since 24 February.

“..Haunting images of large numbers of civilian deaths and casualties show the true face of the brutal war of aggression the Kremlin is waging against Ukraine and its people. We are profoundly shocked and appalled by reports of mass graves containing hundreds of persons, and of bodies of civilians found in the street, including those of women, children and the elderly, some with their hands tied behind their back. There are also reports that the Russian forces have placed mines in homes and equipment, and there are documented cases of repeated rapes, summary executions, as well as other incidents of unlawful violence and threats against civilians, including the mass destruction of civilian infrastructure and looting of civilian property by Russian soldiers. The massacres in the town of Bucha and other Ukrainian towns will be inscribed in the list of atrocities committed on European soil.”, — a quote from the “EU Statement on the Russian atrocities committed in Bucha and other Ukrainian towns” at the OSCE Special Permanent Council meeting on April 5, 2022.

At a time when the whole civilized world condemns this unhuman war and russian atrocities against civilians, pro-russian forces in many European countries continue to demonstrate their disregard to the sufferings of innocent people and in fact they simply support Russia’s war against Ukraine.

There is no doubt that Russia accumulates all possible tools in Europe in order to divert the attention of the international community from its aggression in our country.

The so-called “Coordinating Council of Russian compatriots of Cyprus” is one of such Russian “propaganda machines”. This so-called “Council” is organizing another provocative event on June 12, 2022 in Nicosia.

Holding such a festive event, as it has been announced by organizers, aimed to glorification of the country aggressor – Russia, is nothing than a “dance on the bones”. Those who are planning celebrations “to support Russia” and “to share the pride of their Great Motherland” should remember 261 Ukrainian children killed and 463 wounded by the Russian military, hundreds of raped women and little girls, thousands of tortured and brutally executed civilians, hundreds of thousands of those who lost their homes and loved ones.

The Republic of Cyprus and its People have stood by us resolutely since the very first days of the invasion. We will always remember this and remain grateful for your solidarity and assistance.

I wish to call upon the Municipality of Nicosia, representatives of the political parties, business and cultural organizations not to support the holding of this provocative event. Again, this kind of events are not about the freedom of speech; they are about cultivating poisonous narratives, totally alien to the long-suffering Cypriot Nation.
Don’t forget that this war is still going on. Everyone can do their part to protect the peace. Everyone can choose not to tolerate the war crimes against Ukraine.

Ukrainians are fighting for the whole Europe today! Hundreds of my compatriots sacrifice their lives every day for only one dream – to live in a free, democratic and European country!
The victory will be ours!
Glory to Ukraine!