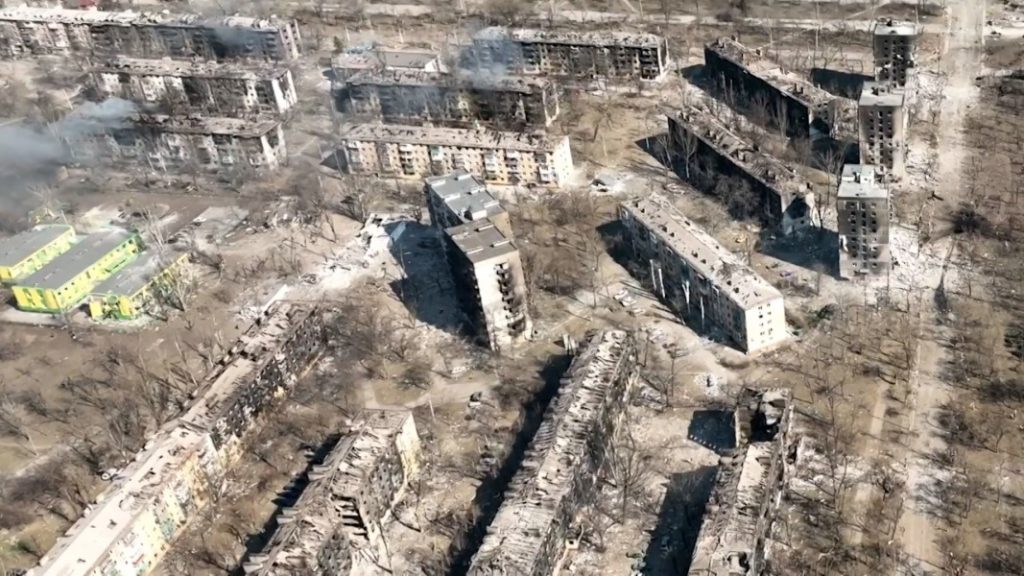 The situation in Mariupol coverage:

From the very first days of the war unleashed by Russia against Ukraine, Mariupol stood in the way of Russian troops, making impossible their further advance. Mariupol is a Ukrainian hero city, which for 34 days has been selflessly resisting the enemy, many times superior to it.

Mariupol is a martyr city that has become the epitome of a humanitarian catastrophe and a place where the Russian army commits war crimes.

Mariupol is a city of unprecedented heroism. This is not already only a Ukrainian city but a city of the world that is selflessly stopping the Russian predatory machine.

The Russian army intentionally destroys civilian and industrial infrastructure, kills civilians to terrorize and induce them to surrender.

For 34 days of the war, more than 5000 civilians were killed in Mariupol. The industrial complex has suffered great loss. After the end of World War II, not a single city in Europe received such horrific destruction.

Mariupol is an embodiment of Ukrainian strength and the Ukrainian spirit and it bravely resists the occupier, saving the other cities of Ukraine with its only existence.

Mariupol is a city of human strength that has blocked the path of the Russian aggressor, the embodiment of absolute evil. Regardless of the outcome of this battle, Mariupol has become the embodiment of the courage of the defenders of Ukraine and the dedication of its civilians.