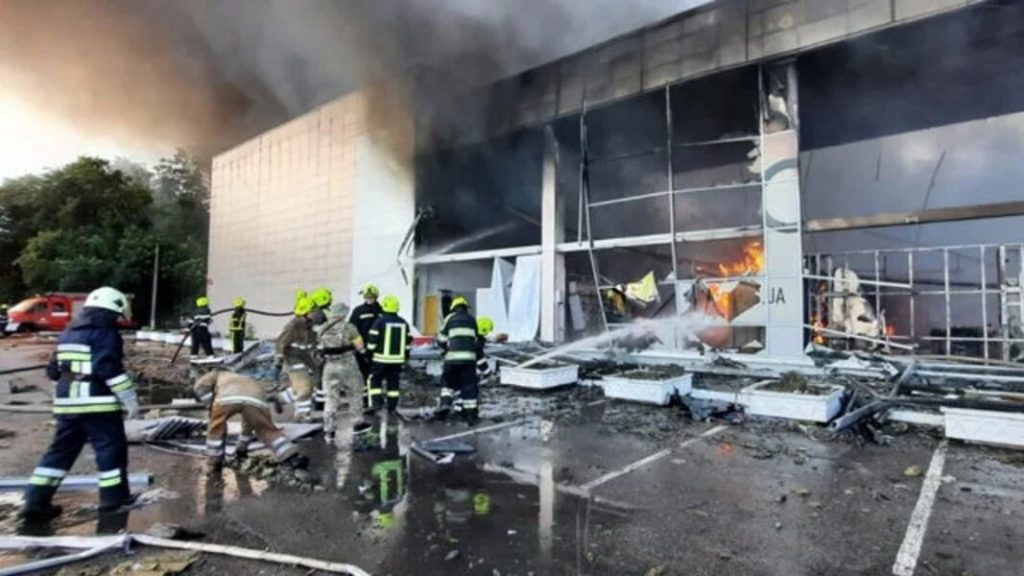 The Russian military have launched missile strikes on a shopping mall in the city of Kremenchuk, Poltava Region. Over 1,000 civilians were inside.

The relevant statement was made by Ukrainian President Volodymyr Zelensky on Telegram, an Ukrinform correspondent reports.

“Russian occupiers launched missile strikes on a shopping mall with over 1,000 civilians inside. The shopping mall is on fire. Rescuers are extinguishing fire. It is impossible even to imagine the number of victims,” Zelensky wrote.

The President of Ukraine stressed that this facility posed no threat to the Russian army.

“No strategic value. Just the attempt of people to live a normal life, which angers the occupiers so much. Russia continues to displace its powerlessness on ordinary citizens. It is useless to hope for its adequacy and humanity,” Zelensky added.

Articles on the topic: