Skip to content
Одной строкой:
Repeating the Tragedy of Mariupol: the Russians Are Consistently Destroying Vuhledar, according to Putin’s Order to Destroy Populated Areas of Ukraine in the Wa
Повторение трагедии Мариуполя: россияне последовательно уничтожают Угледар
The footage shows the city of Vuhledar, Donetsk region, Ukraine 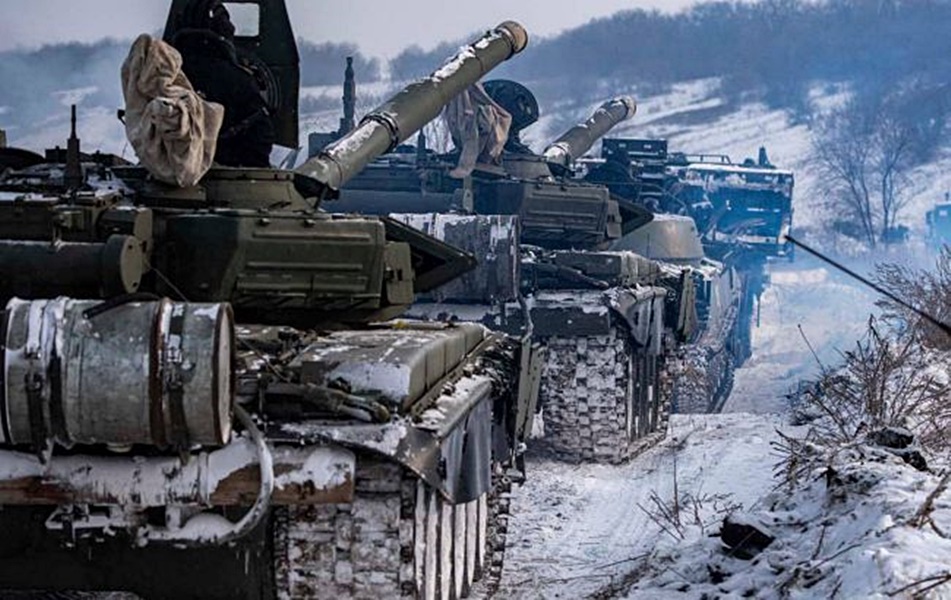 The Russian Federation has continued to send new troops to the border with Ukraine. As of 30 December 2021, 52 battalion tactical groups have been deployed in close proximity to Ukrainian territory. The total number of forces along the border, and in the occupied Donbas and Crimea reached 126,000 troops, which includes 105,000 troops being present on the ground and 21,000 as naval and air components. Russia has also developed capabilities to deploy more units in a short period of time, from one to two weeks.

In 2021, Russia conducted 2,500 military drills near the border with Ukraine, strengthening the readiness of its forces to be involved in new military operations on Ukrainian soil. These include the use of troops, artillery, anti-tank weapons, reconnaissance and engineering units.

The ceasefire in Donbas remains fragile. The agreement reached within the Trilateral Contact Group on 22 December 2021 to cease hostilities for the winter holidays has been partially observed. From 1 January to 30 December 2021, Russian forces launched 2,457 attacks against Ukrainian positions, leaving 66 Ukrainian soldiers dead and 273 wounded. 30 servicemen of the Ukrainian Armed Forces were killed by snipers, 14 were wounded.

Russia maintains 30 landing ships and boats as part of its Black Sea Fleet to increase the strike and landing capabilities. The Russian forces control the Kerch Strait, disrupt international navigation in the Black Sea, and impede passage of ships to the Sea of Azov. Russia also provokes NATO air and naval units in the Black Sea.

Russia is also trying to undermine the energy security of Ukraine, including through decreasing gas transit, blocking export of coal and forcing Belarus to ban electricity supplies.

Against the backdrop of the military build up and efforts to destabilize the situation in Ukraine from within, the Russian Federation has demanded the so-called ‘security guarantees’ from the US and NATO. In reality, this demand has been designed to weaken Ukraine’s capabilities to defend itself and prevent it from becoming a member of NATO.

We firmly believe that putting an end to the Russian aggression against Ukraine, as well as Georgia and Moldova, will be the best security guarantees in Europe. To achieve this goal, Russia must:

— immediately withdraw its forces from the border with Ukraine and from the occupied territories;

— deoccupy parts of the Luhansk and Donetsk regions, as well as the Crimean peninsula;

— withdraw its forces and mercenaries from the occupied parts of Georgia and Moldova;

— recognize the right of any nation to decide its future, including joining international blocs and alliances.

As part of coordination with our key allies and partners ahead of the security talks between Russia and the US set for 10 January in Geneva, and Russia and NATO meeting on 12 January in Brussels, on 29 December 2021 President of Ukraine Volodymyr Zelenskyy held a phone call with US Secretary of State Anthony Blinken. They agreed to continue consultations to reconcile positions and coordinate diplomatic efforts to achieve peace in Ukraine. The President of Ukraine was assured of full US support for Ukraine in countering Russian aggression.

Although we consider Russian demands that Ukraine will never become a member of NATO unacceptable and illegitimate, our country does not stand against a dialogue between Russia and the West as such. However, during any dialogue the core principle must be observed: no agreements must be made on Ukraine without Ukraine.