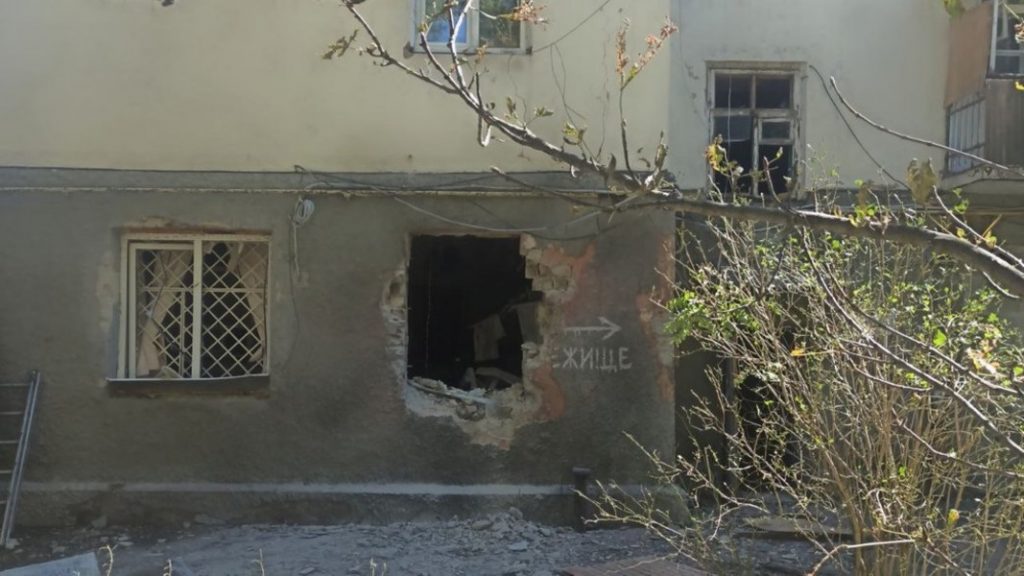 Vladimir Putin is seeing his popular image deteriorating, along with that of the Russian Federation. Throughout the world, the word “Russian” is now associated with “killer” and “invader.” Russia is already unofficially considered a terrorist state which resorts to nuclear blackmail and practices mass murders of civilians in the occupied territories. After the exposure of the shocking atrocities committed by the Russian forces in Ukraine’s Izium, where over 1,000 peaceful Ukrainians were killed), Putin ordered a terrorist attack in Donetsk. On September 19, as a result of shelling, 13 civilians were killed in the city. Through this incident, Putin seeks to shift the blame for shelling onto Ukraine, accusing its forces of a deliberate attack, and at the same time shifting public attention away from Russian crimes.

On September 20, the UN General Assembly will kick of its work. The main issues on the agenda is genocide of Ukrainians by the Russian army and mass killings in Izium, which even goes beyond the horrific sights exposed in Bucha earlier this year – by the civilian death toll and cruelty of Russian executioners. More and more countries are leaning toward recognizing the need to recognize the Russian Federation as a terrorist state, and now the issue will be discussed at the UN level. Against the backdrop of Russia’s worsening position in the international arena, amid the latest snub by traditionally loyal Asian nations, Putin might be forced to apply exclusively the tactics of terror and premeditated murder in order to subsequently accuse Ukraine. On Monday, 13 civilians died in a deadly strike on Donetsk. Immediately after the attack, Russian propaganda media platforms and Telegram channels started to promote the narrative claiming that it was Ukraine that committed the terrorist attack in Donetsk – a propaganda cliché so traditional for Russia and widely used since the Soviet era USSR after being adopted from the German Nazis. This is to commit a crime and accuse an adversary to justify the subsequent attack on or to discredit the latter. Putin absolutely prefers this method: soon after he was formally elected President of the Russian Federation, in September 1999, apartment blocks blew up in Grozny, the Chechnya capital, in what turned out to be a deliberately plotted attack by the FSB security operatives and de facto invented by Putin in order to have “legitimate grounds” to fight Chechen “terrorists” by employing the tactics of “scorched earth,” which gained notoriety during the Second Chechen War.

The second component of the crime committed by Russia is the expected arrival of the German party AfD’s delegation in Donetsk. The force is full of Russian agents of influence. Many representatives of this party are close to Germany’s military and business circles, having developed connections in the country’s elite. So Russia seeks to discredit Ukraine and convince the German side that it is inappropriate to supply heavy weapons to the “terrorist state”, which shells its own citizens. This is a necessary step to comprehensively discredit Ukraine in order to prevent further support from flowing into Ukraine and at the same time soften Russia’s international isolation.

But no one believes Russia anymore. Even a certain number of Russians deeply affected by Kremlin propaganda begin to doubt the very sense and goals of a meaningless massacre, designated by Putin as a “special military operation.” Russian troops have shamefully retreated from Kharkiv region. Neither in Donbas, nor in Kherson and Zaporizhia regions are Russian forces making any gains. To mobilize Russian society around the idea of ​​a major war with Ukraine and ensure the flow of volunteers to the front lines, Putin needs some horrifying precedent, which may as well be a terrorist attack in Moscow or another large Russian city – only to put blame on Ukraine. In this sense, the terrorist attack in Donetsk is an indicative, but not the major event in the kaleidoscope of Putin’s crimes.