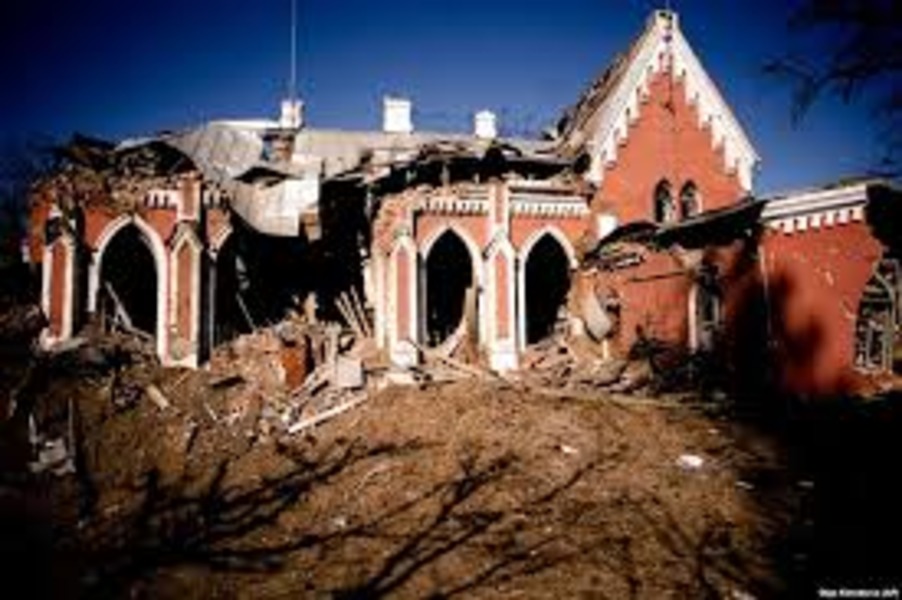 Since February 24, Russia has destroyed 370 monuments of Ukrainian cultural heritage. Almost half are churches of different denominations. 90 destructions were recorded in the Kharkiv region and 70 — in the Kyiv region. 62 architectural objects were shelled in the Donetsk region. Also, the railway infrastructure of Ukraine suffered almost $3 billion due to rocket attacks by the Russian army. 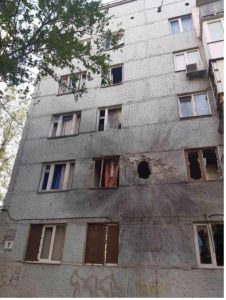 On June 12, the Russian Federation once again fired at the Azot chemical plant and destroyed a dozen houses in the Luhansk region. «Azot» in Severodonetsk is the place where the Ukrainian military and about 500 civilians, including 40 children, are hiding. As a result of the shelling of the territory of the transport shop, fuel and lubricants caught fire. 10 houses were destroyed in Zolote and Vrubovka, 2 in Nikolayevka, and 4 in Lisichansk, as well as a shopping mall and a shop. The Russian Federation continues to storm Severodonetsk and Toshkovka while destroying residential buildings. Also today, a 6-year-old child was killed as a result of the shelling of Lisichansk. 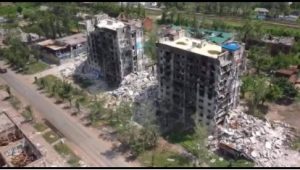 This is how Popasna, Lugansk region, looks like from a bird’s eye view:

The Russians turned the city into ruin. 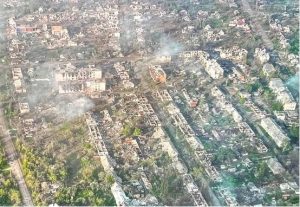 On the evening of June 11, 22 people, including children, suffered from a rocket explosion in Chortkiv, Ternopil region. A military facility was partially destroyed, neighboring houses were damaged. The gas pipeline was also damaged, due to the threat of gas leakage, the city was disconnected from gas supply. 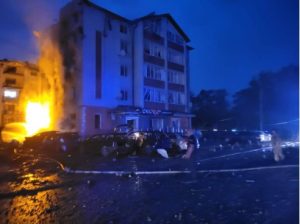 Russian invaders fired on two districts in the Dnipropetrovsk region. The Sinelnikovsky and Krivorozhsky districts came under shelling: a woman died in the Pokrovskaya community and a house was ruined. In the Zelenodolsk community, a fire broke out in a city park. The enemy hit it from the MLRS «Uragan».

The occupiers in Mariupol announced the demolition of all partially destroyed houses with the eviction of people within two weeks. Residents do not know where they can move. The occupiers refuse to pay compensation, but people still expect to receive «repair assistance». There will be no gas and heating supply in Mariupol until winter, so the Russians want to set up tents for heating, but they have not yet specified how to heat more than 130,000 people. The occupiers cannot establish water supply even in the summer — people can wash themselves in designated points from 11-00 to 16-00. It is be scary to imagine what the situation there will be in winter. Also in Mariupol, the invaders stole the third metal-rolled ship, which was sent to Rostov-on-Don.