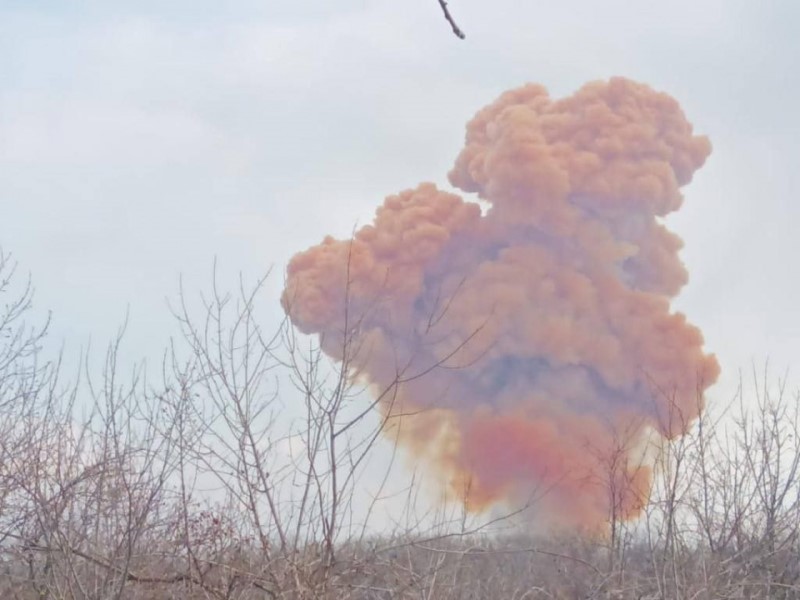 At the time of the attack (approximately 14:00) on May 31, 2022, the plant premises were under the Ukrainian Army control, which proves impossible that the Ukrainian units shelled their own positions. On May 31, 2022, the enemy ran assault operations in the western part of Sievierodonetsk, supported by artillery (probably it was the units of 150th separate motorized rifle brigade, as well as 2nd and 7th separate motorized rifle brigades of the 2nd army corps of the Russian armed forces).

In addition, that the provocation had been prepared in advance proves the official submission by Russia on May 8, 2022, to the Organization for the Prohibition of Chemical Weapons of a report regarding the alleged intentions of the Ukrainian Armed Forces to carry out a chemical attack by blowing up chemical tanks in Sievierodonetsk. 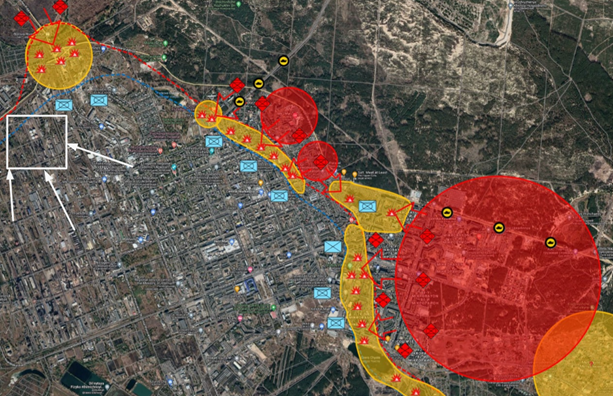 Probable impact sites. The territory is under the control of the Armed Forces (white square), active efforts on the part of the enemy to penetrate Ukraine’s defenses from the north (marked red) (map as of May 29)

Earlier, an article was published claiming that the Ukrainian Army units had planted mines at the plant

The official representative of the People’s Militia of the Luhansk People’s Republic, Ivan Filiponenko, accused the Ukrainian military of mining ammonia warehouses in the Kyiv-controlled city of Sievierodonetsk, Luhansk region.

«According to the information we received, in the settlement of Sievierodonetsk, Ukrainian militants mined ammonia warehouses and, in the next few days, are planning to blow them up in order to later accuse the People’s Militia of the Luhansk People’s Republic of this provocation,» Filiponenko told reporters. 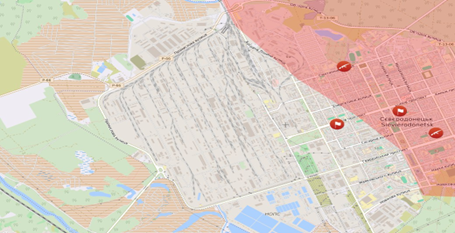 Map of hostilities as of May 1