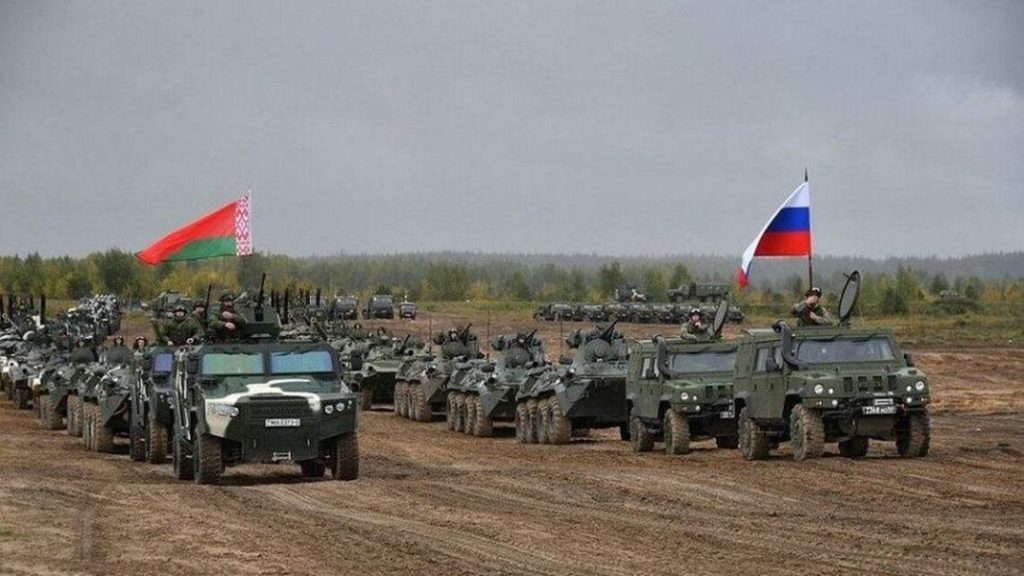 The continuing defeat of Russian troops in Ukraine and the refusal to negotiate are forcing Putin to look for ways to correct the military disaster that Russia has suffered in Ukraine. Putin has actually annexed Belarus and puts pressure on Lukashenko in the context of Belarus’ participation in the war against Ukraine. Now Belarus is rapidly preparing the infrastructure for use in wartime conditions. Covert mobilization has begun, which should be completed by the end of January. Putin wants to repeat a large-scale attack on Ukraine, and the only question is whether he will be able to prepare and accumulate the necessary reserves.

On November 16, the day after the rocket attack on Poland, anti-Polish narratives were voiced once again by the Deputy Chief of the General Staff of the Armed Forces of Belarus V. Gnilozub. In particular, it was said that Warsaw was preparing for offensive operations against Russia and Belarus. Such tactics of Belarus are predictable: every time after the Kremlin’s deliberate provocations, Belarusian propaganda immediately activates and starts to express anti-Western narratives.

Covert mobilization is taking place on the territory of Belarus, its infrastructure is being prepared for use in wartime. By the end of January, about 200 thousand men will be mobilized in Belarus, and the only question is whether the West will allow Putin to launch another full-scale attack on Ukraine. Do not underestimate the insidious plans of the Kremlin dictator: against the background of the planned mobilization of 200 thousand people in Belarus, an additional 140 thousand military will be transferred from the Russian Federation. This is without the Russian and Belarusian military, who are already on the territory of Belarus. Thus, already in early February, an assault group of troops will number about 400,000 personnel. In case of successful preparation, the Russian-Belarusian troops would re-invade the northern and western regions of Ukraine in order to re-offensive on Kyiv and block the supply routes of weapons for the Armed Forces of Ukraine through the western border of Ukraine.

If Putin properly prepares and accumulates the necessary reserve for a second invasion of Ukraine, the consequences could be extremely severe and unpredictable. The fighting would be accompanied by a large number of victims and might go beyond the Ukrainian borders. Putin is no longer bound by any conventions: he has decided to seize Ukraine and is ready to kill all Russian men in this war. And, of course, he will not stop in Ukraine. His victory will mean the asymmetrical strengthening of his army, which will immediately invade the Baltic countries, Finland and Poland. Therefore, the West should not allow the strengthening of its army. There can be no negotiations with Putin that will allow him to regroup and renew resources for the attack.

Western weapons for the Armed Forces of Ukraine is very necessary to prevent the spread of hostilities from Ukraine to Europe. Putin will stop only when there is nothing to attack with. The West can exhaust the “Russian killing machine” to prevent a war on its territory. In order to avoid urgent meetings in Brussels tomorrow to decide how to save the small countries of Central and Eastern Europe from Russian occupation, it is necessary to properly strengthen the Ukrainian army today.