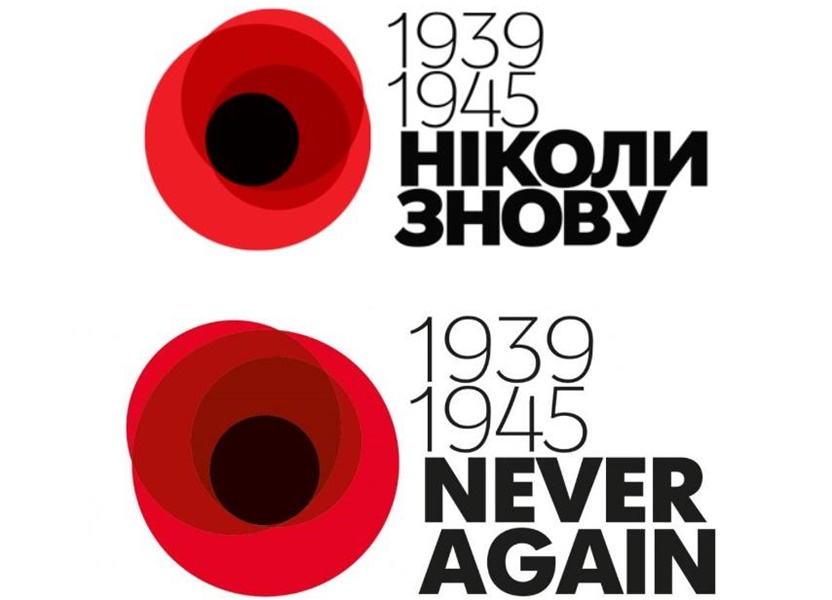 Cyprus Daily News had an to interview Natalia Sirenko, the Charge d`Affaires of Ukraine in the Republic of Cyprus.

— What does the Second World War mean for Ukrainian history?

— Ukraine was an active participant of the anti-fascist coalition and belongs to the states suffered the most during World War II.

Twice the front was rolled across its territory – when the Red Army retreated in 1941 and during its offensive in 1943-1944. It explains the unprecedented number of victims and devastation: up to 8 million Ukrainians died, 714 towns and 28.000 villages were completely or partially destroyed.

This war claimed the lives of millions of people and proved how fragile the independence of countries, peace and tranquillity in the world are.

— That is how the Russian communist regime turned May 9 into a landmark date.

At the same time, the truth was hidden about the monstrous crimes of the communist regime — mass repressions, executions of those who thought otherwise, about the destruction of people who advocated an independent Ukraine.

Soviet, and then Russian, interpretation of the World War II history is soaked with falsification and from the very beginning served as a tool-kit of political and ideological manipulations.

— Could you clarify which ones?

— One of the most shameless manipulations is the depreciation of the real number of victims in order to cover the incompetence of Stalin and his criminal disregard to the life of soldiers and citizens. In 1945 Stalin mentioned about 5.3 million dead, in 1946 – already 7 million, Khrushchev named a number of 20, Gorbatchev – 27, while in 2017 the State Duma of the Russian Federation stated of almost 42 million.

Another major manipulation with the historical memory became the neutralization and erasing of the fact that the Soviet Union entered the World War II in September 1939 as an ally of Nazi Germany, and shifted to anti-fascist coalition only on 22 June 1941 when Germany attacked the USSR.

By actively turning the history of the World War II inside out, Russia is trying to assign itself to major merits in the victory over the fascism. The role of the Western allies is depreciated, even more brazenly the role of other peoples of the USSR is ignored, first of all Ukrainian, the contributions of which are automatically ascribed to Russia. For example, in April 2020 Putin, on behalf of Russia, acted as the heir to the glory of the meeting on the Elbe, although in 1945 the Americans met on the Elbe with fighters of the First Ukrainian Front, of which 60 to 80% were Ukrainians.

The conception of victory over the fascism anniversaries commemoration has always been different in democratic Europe and the totalitarian USSR. Putin’s Russia has levelled up the myth about the victory to “pobedobesie” – “victory frenzy”, and turned it into the tool-kit of brainwashing of its own citizens and justification of its armed aggression against Ukraine. It is no accident that in Ukraine and Europe the end of the war anniversary slogan is “Never again”, whereas Russia celebrates it in form of “In case needed, we can do it again”.

— After the Maidan revolution in Ukraine in 2013 and the beginning of Russian aggression in 2014, Ukraine adopted the European concept of celebrating the victory over fascism. This was an important step in the final mental fence of Ukraine from the totalitarian heritage of the USSR in favour of Europe.

On May 8-9, Ukraine along with the entire world marks the Day of Remembrance and Reconciliation to commemorate the victims of the World War II.

Ukraine commemorates May 8 as a Remembrance and Reconciliation Day. May 9 is also commemorated, but in 2016 this day gained a name of Victory Day over Nazism in World War II. In this way, the Soviet-Russian military discourse was replaced by the European and the humanistic one.

Ukraine remains true to the traditions and principles of anti-fascism, and its choice of a democratic and European path of development supports this idea.

— Today Ukraine has to defend its sovereignty and territorial integrity. What are the losses of Ukrainians today?

— During the World War II Ukrainians battled to stop Nazi army from the West. Nowadays Ukraine is fighting to stop the Russian army from the East. And again, the losses of Ukrainian people are very big. According to the UN data, more than 14 000 were killed, a quarter of them civilians, and as many as 30 000 wounded. More than 1.4 million Ukrainians had to leave their homes and become IDPs (internally displaced people). Ukraine is facing one of the biggest humanitarian crises of the last 10 years. Some 3.5 million people continue to depend on humanitarian assistance. Today, Ukraine protects not only its own sovereignty and territorial integrity but all the democratic Europe and its civilizational values.

The aggression has never stopped. It destabilizes overall peace and security in Ukraine, but also potentially in the region as a whole. Russia is consistently building powerful military strongholds on the occupied Donbas and Crimea ready to explode at any opportune moment and lead to a full-fledged European crisis.

The planned by the Kremlin grand celebration of the 75th anniversary of victory over the Nazi Germany and its attempt to attract as many foreign state leaders as possible to participate in the Victory Parade in Moscow (due to pandemic it was postponed till 3 September 2020) is also a political manipulation. The participation of the foreign representatives in the “Victory Parade” in 2020 is envisaged by the Kremlin as a litmus paper of the West’s readiness to appease the occupation of Crimea and Donbas, to return to “business as usual” and to lift sanctions.

Bearing in mind the role of Ukraine for the liberation of Europe from the Nazi regime, nowadays our state stands for strong strengthening the security situation on the European continent. Fighting the aggressor is not easy and we must be united in this fight as we made it 75 years ago.