Russia hints more openly at the possibility of a tactical nuclear strike, both on the territory of Ukraine and on NATO countries. This is already direct nuclear blackmail. Deputy Chairman of the Security Council of the Russian Federation Dmitry Medvedev speaks openly about this, but he only plays the role of the late scandalous Russian politician Vladimir Zhirinovsky, who has always been famous for his sharp statements, so you should not take such statements seriously. 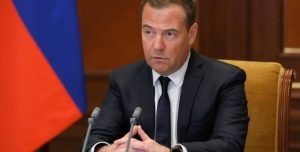 In case of nuclear strike on the territory of Ukraine, not to mention Europe, the United States and NATO will certainly deliver a crushing blow on Russian military bases in Crimea and the RF Black Sea Fleet. This is understood in the Kremlin, so they can only threaten and intimidate everyone.

In response to such statements, the West should only increase military assistance to Ukraine in order to show Russia that no one is afraid of it and will not take its blackmail seriously. Russia’s international isolation and sanctions should be strengthened. Vladimir Putin must feel that the whole civilized world is against him, and he will inevitably lose. 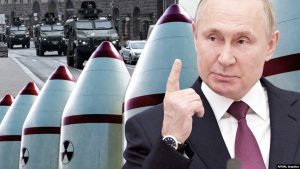 For the USSR, the invasion of Afghanistan ended in disintegration and shameful peace agreements. There are many such examples in the history of Russia, and the war in Ukraine will be another unsuccessful act of aggression, as a result of which the Putin regime will go to pieces. Russia is a bear that stands on its hind legs and thinks that someone will get scared.