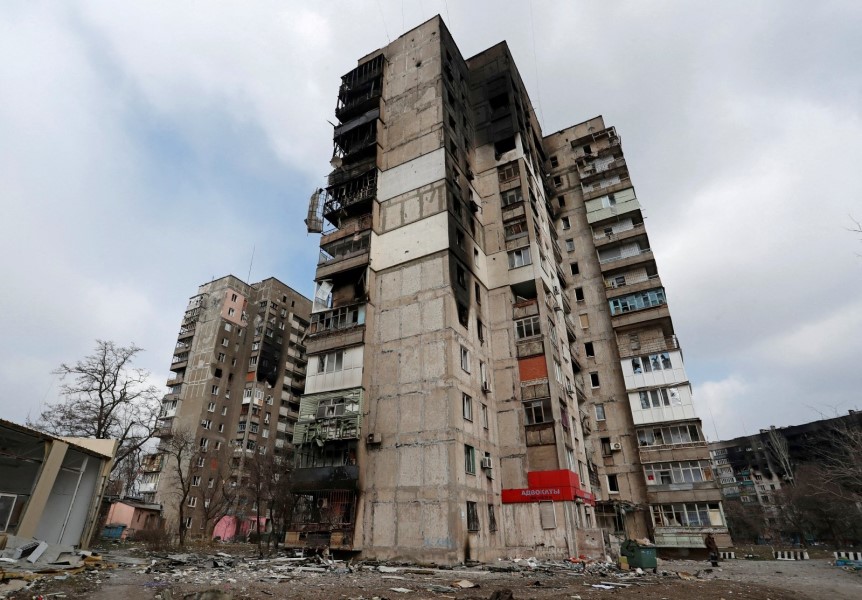 For one month and eight days in a row, the Armed Forces of Ukraine and the Ukrainian people have been resisting new and new attacks by the Russian occupiers in various directions. Ukraine appreciates all the assistance provided by international partners.

However, for the sake of security and freedom, Ukraine NEEDS NATO a no-fly zone over Ukraine. Such actions will help protect Ukraine from Russian planes, drones and missiles.
The Russian occupiers are using methods that violate the rules of war. They attack civilian infrastructure, killing and injuring civilians, including children, and make actions that can have regional and international consequences. We have prepared an update of such actions of the occupiers as of the morning of March 31 (for March 29 – 30).

Zhytomyr region
On March 29, the Russian occupiers launched airstrikes on the villages of Ukrainka, Lumlya, Druzhne, Lyubovychi, and Privitne in the Malyn community. This was reported by the National Police of Ukraine. In these settlements, there are only residential buildings. Information about the victims is being clarified. The National Police of Ukraine also reported that on March 29, Russian troops fired a missile at the Semenivka community in the Berdychiv district.

Kyiv region
The Kyiv Regional Military Administration recorded that on March 29, the Russian occupiers fired 30 times at civilian infrastructure in the region’s settlements. The greatest destruction due to the shelling was in Buchanskyi (Irpinska, Buchanska, Makarivska, Borodyanska, Dmytrivska communities), Brovarskyi (Velikodimerska community), Vyshgorodskyi districts (Dymerska, Ivankivska communities). In total, the destruction was recorded in 35 out of 69 territorial communities of the Kyiv region, which is 50.7%. Critical damage was inflicted in the communities of Bucha, Irpin, Hostomel, Borodyanka, Makariv, Velyka Dymerka, and Piskivka.

Chernihiv region
On March 30, the head of the Chernihiv military administration, Vyacheslav Chaus, reported that during the night of March 29-30, the Russian occupiers fired incessantly on residential areas in Chernihiv. We remind that the humanitarian situation in Chernihiv is critical due to actions of the Russian occupiers. Only one path from the city is available for evacuation and delivery of the necessary goods, but it is extremely dangerous as this is the pedestrian bridge which is constantly under the Russian shelling. There is no any electricity, heating and water supply in Chernihiv for weeks. The city faces lack of food and medicines.

Sumy region
The head of the Sumy military administration, Dmytro Zhyvytskyi, on March 29 reported that in Trostyanets, which had previously been liberated by the Ukrainian Armed Forces, the Russian occupiers had left significant mines in areas of civilian infrastructure. In particular, Russian troops mined the city cemetery.

Kharkiv region
The Russian occupiers fire with artillery at Kharkiv’s civilian infrastructure every day. On March 30, Kharkivmiskgaz company reported that Russian troops had damaged a gas pipeline in the city. 34,000 users were left without gas.
Also on the morning of March 31, Kharkiv Mayor Ihor Terekhov announced that the Russian occupiers had completely destroyed about 15% of all residential buildings in the city.

Luhansk region
The civilian quarters of Severodonetsk, Lysychansk, Rubizhne, Popasna, Kreminna and Zolote suffer from constant artillery and air fire from the Russian occupiers. The State Emergency Service of Ukraine informed about it in its reports for March 29 and 30. Many residential buildings were affected. At least two people were killed in Lysychansk, including one child. The State Emergency Service of Ukraine reported it was unable to rescue all the victims in time and establish the exact number of the killed people due to constant shelling by Russian troops.

Mykolaiv region
On March 29, Russian missiles hit the building of the Mukolaiv regional administration. State Emergency Service of Ukraine reported that the central section of the building was completely destroyed from the 9th to the 1st floor. Vitaliy Kim, the head of the Mykolaiv administration, considers that the main purpose of Russians was civilians, as the building was hit at 08:45 when people had just come to their workplaces. As a result of the attack 19 civilians were killed, 35 were injured.

Kherson region
On March 29, Kakhovka city territorial community reported that Russian soldiers kidnapped Dmytro Ushakov, a resident of Kakhovka. Currently, Dmytro Ushakov’s whereabouts are unknown.
On March 29, Suspilne Kherson reported that armed groups of Russian soldiers conduct raids in the suburbs of Kherson: check documents, search for weapons, steal cars. On March 29, Russians began searching households in the village of Komyshany. They look for hunters and guns.
On March 30, Russian occupiers kidnapped the Priest of the Orthodox Church of Ukraine Serhiy Chudynovych. According to the local media platform “Vgoru” he was taken directly from church. Three armed men searched the church, checked the documents and messengers of all the present people. At the same time, the armed men refused to show their documents. After that, they took the Priest and went in an unknown direction.
On March 30, Suspilne reported that Russian militants kidnapped 8 civilians in the city of Hola Prustan, including the Holoprystan Mayor Oleksandr Babych, the Stara Zburivka Mayor Viktor Marunyak, citizens Korop, Dvorny, Kononov, Chobotar, Toropov, Pashchenko, and Serhiy Pashchenko.

Dnipro region
On March 29, Russian troops shelled residential areas in the Dnipro region. Valentyn Reznichenko, head of the Dnipro Regional Military Administration reported that one missile hit the farm, located in the Novomoskovsk district. One person was injured. The equipment of the farm was damaged. The other missile hit the viaduct in Pavlograd. The traffic was suspended. The third missile hit the Nikopol district. Fortunately, there were no victims.
On March 30, Russian troops launched a missile strike on the city of Dnipro. The mayor of Dnipro Boris Filatov reported that two Russian rockets destroyed the oil depot. Two fuel trucks were damaged by the wreckage of another rocket. Fortunately, there were no victims.

Zaporizhia region
On March 29, it became known that Russian militants captured Iryna Dubchenko, a journalist from Zaporizhia. Serhiy Tomilenko, Chairman of the National Union of Journalists of Ukraine reported that Iryna Dubchenko was taken to Donetsk. She is accused of supporting and hiding the Ukrainian soldier. Iryna has a 4 years old child.
On March 29, Russian troops blocked all humanitarian corridors in the Zaporizhia region. Head of the Zaporizhia Regional State Administration Oleksandr Starukh reported that approximately 70 buses, trucks, and private cars weren`t able to leave Zaporizhia safely. Private cars from Energodar and the convoys from Berdiansk also weren`t able to arrive in Zaporizhia.

Donetsk region
Mariupol City Council reported that Russian militants kidnapped and deported staff and the patients of the Mariupol maternity hospital №2, previously bombed, to the territory of the Russian Federation. In general, more than 70 civilians were forcibly deported. Occupiers confiscated their identity documents and sent them to the filtration camps. Then the residents of Mariupol were redirected to the remote cities of Russia. The principle of distribution and the reasons for the deportation remain unknown.

On March 30, The EU Advisory Mission to Ukraine has anounced that its field office in Mariupol was shelled by Russian militants. Josep Borrell strongly condemned this attack, as well as any attacks on civilians and civilian infrastructure. He demanded from Russia to stop its military offensive.

On March 30, the Ukrainian military division “Azov” reported that Russian combatants purposely shell the building with the “Red Cross” marking in Mariupol. Such crosses mark the places where wounded people, civilians, or humanitarian goods may be. That`s why this is one of the most heinous war crimes, made by the Russian soldiers.
On March 30, Pavlo Kyrylenko, the head of Donetsk military administration reported that Russian troops shelled Mariinka with prohibited phosphorus ammunition. Dozens of fires were set in the city as a result of the Russian shellings. Georgiyivka, Novokalynove and Ocheretyne were also shelled. Fortunately, no civilians were injured, but several private buildings were destroyed. In addition, Avdiivka was cut off again because of Russian missiles.