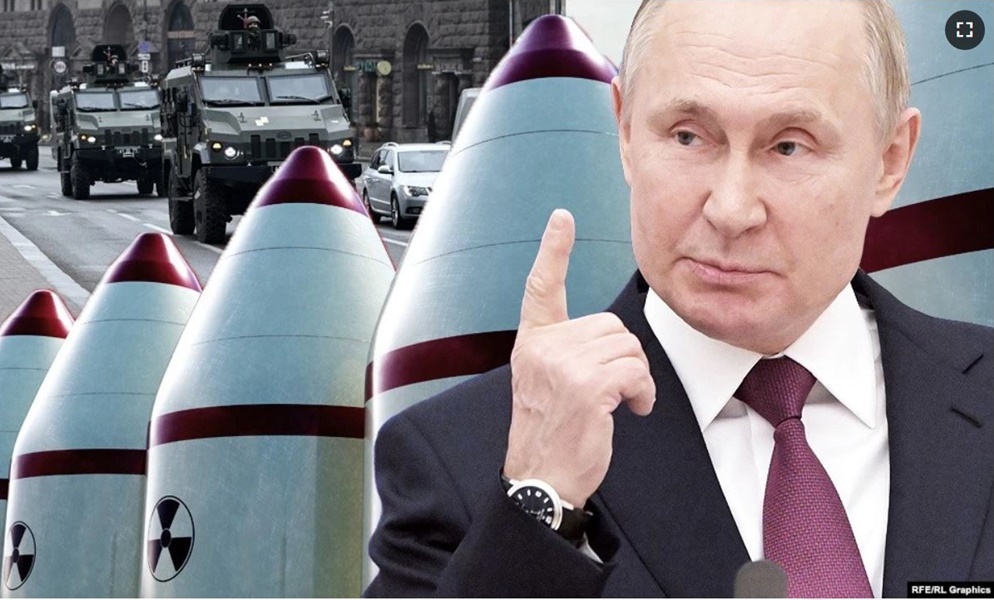 I am a colonel general (retired). I was born in 1948. I was a Soviet and then Russian military commander, in the rank of colonel general. I headed the Main Directorate of Combat Training of the Russian Armed Forces (2001-2005). I commanded a military grouping in the First Chechen War. I was also Commander of the Guards Motorized Rifle Regiment of the Gatchinska Motorized Rifle Division deployed in Afghanistan. I’m a veteran of the Afghan (1979-1989), and two Chechen wars (1994-1996), (1999-2005).

I’d like to share my opinion as a military expert and ask that my opinion be taken into account. I’ve been following the developments in my country, its foreign policy, and in general, what is happening in Ukraine. I get my information from different sources!

I have ultimately come to a conclusion that I live in a country without a future!

I won’t dwell on economic and other problems existing within the country as it would take too much time.

What forced me to pen this letter was a fake nuclear threat to the whole world, voiced by Russia, specifically by Vladimir Putin!

It was Russia that treacherously and insidiously attacked Ukraine without declaring war, and the whole world is well aware of this!

Putin is no threat to the world so he shouldn’t be feared. In fact, he is a threat only to the Russian population in the entire civilized international community.

Yet despite Putin’s inflammatory rhetoric on the issue of nuclear weapons, Moscow has shown little sign of moving in that direction.

A senior Pentagon official noted that there were no «noticeable movements» that would indicate that the Russian nuclear forces have been put on high alert, and this week’s exercises offer no change to that picture.

The U.S. and its allies should continue to closely monitor such moves, but they should also perceive these threats as part of Putin’s plan—as White House press secretary Jen Psaki put it – to create “non-existent threats.”

It should be noted that, if Putin finds himself in an increasingly desperate military situation, he may consider using low-yield nuclear weapons in Ukraine to make up for his losses.

Washington should begin developing a plan to deter such attacks in close consultation with NATO allies.

But at this stage of the war, Putin’s nuclear blackmail is almost certainly an elaborate bluff designed to scare off the U.S., its allies and partners. They should not grant him such pleasure. Instead, the West must remain resolute in its efforts to support the Ukrainian nation in their fight for freedom.

In any case, Putin will be put to trial sooner or later, and we know that.

Putin is well aware that a nuclear war would lead to the destruction of Russia itself, his family, and his beloved fascist United Russia, which he re-educated and brought up throughout his reign.

Russia attacked Ukraine, and the Ukrainians, who have no nuclear capability, have been defending themselves against my own country’s Nazis. I am ashamed!!!

Zelensky, all diplomats and politicians around the world must unite today on the issue of a joint response to the aggressor, in the event that it strikes Ukraine with chemical or nuclear weapons!

This is what’s needed to this end:

But even if these nations are wary of offering such guarantees, there is no need to worry, be afraid of Putin, and give up their territories fearing that the war will expand.

Because any territorial concession or truce will continue up until Ukraine is completely annexed.

I am ashamed that our troops have turned into Putin’s terrorists and seized two nuclear facilities – the Chernobyl Nuclear Power Plant and the one in Enerhodar. This is pure terrorism!

Ukraine must mine all its nuclear facilities, in case they are captured by Russian fascists representing my country!

The Verkhovna Rada must adopt a law, allowing Ukraine, in the event of an external threat to the country’s sovereignty, to use as retaliation its drones carrying dirty bombs and a small nuclear charge. Everyone is aware that you are capable of producing such weapons, your nuclear power plants have enough capacity to this end. Since Putin is scaring the whole world with his ‘nuclear baton,’ why doesn’t Zelensky start producing KAMIKAZE unmanned aerial vehicles carrying a small nuclear charge, without telling this our monkey wielding a nuclear grenade.

Rather than allowing Ukraine to be enslaved by Putin and Ramzan Kadyrov’s men, it is better to respond to the enemy in kind, even if you have to pay a high price for it.

In a classic war, there are some generally accepted boundaries of behavior, within which the warring parties must act, but this does not apply in Putin’s acse. If Ukraine tries to fight Putin’s Russia on chivalrous terms, it will lose this war. Putin is a warrior with no dignity, and you should have long been prepared to be confronted with this.

To this end, you can train an assault battalion of specialists and trained fighters, from among the Belarusians who are now fighting on Ukraine’s side.

Thus, a second front will open and resistance to Putin’s fascist regime will expand! A huge number of Belarusians will join the Belarusian guerillas. These will be the people who took to the streets back in 2020 and, perhaps, their number will even be times higher!