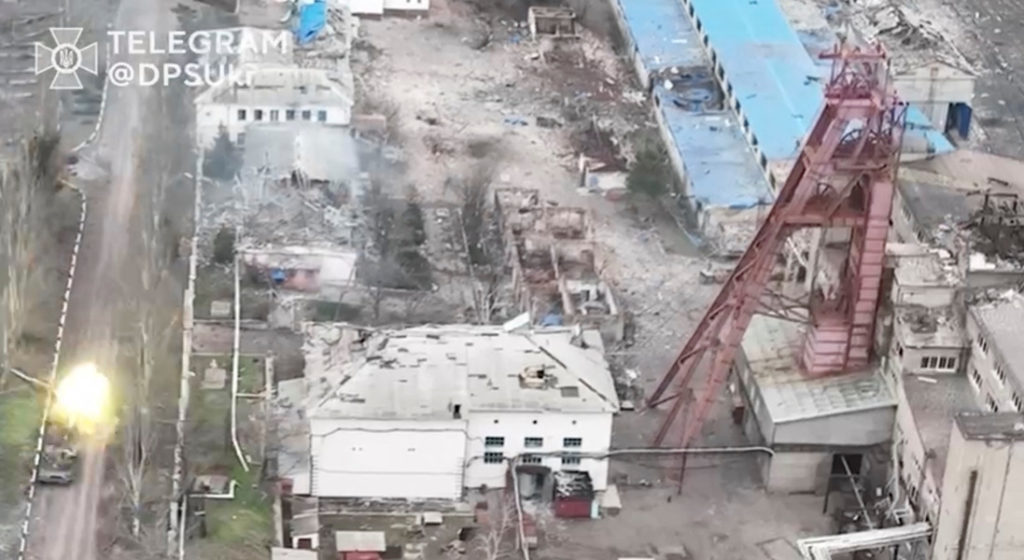 KYIV/NEAR BAKHMUT, Ukraine, Jan 11 (Reuters) — Russian and Ukrainian forces were engaged in intense fighting on Wednesday over the town of Soledar in eastern Ukraine — a stepping stone in Moscow’s push to capture the entire Donbas region — with the Russians appearing to have the upper hand.

The mercenary group Wagner, which has spearheaded the assault, on Tuesday claimed to have taken control of the small salt-mining town although pockets of Ukrainian resistance were holding out in the centre.

Russia’s defence ministry said on Wednesday that airborne units had cut off Soledar from the north and south.

But Ukraine denied that the town, with a pre-war population of around 10,000, had fallen.

«The enemy has again replaced its units after sustaining losses, has increased the number of Wagner fighters and is trying to burst through our forces’ defence and fully seize the city, but is not having success.»

«Let’s not rush, let’s wait for official statements. There is a positive dynamic in progress,» Kremlin spokesman Dmitry Peskov said.

Reuters was unable to independently verify the situation in Soledar. But a Reuters photographer who has reached the outskirts in recent days said many residents had fled along roads out of the town in perishing cold.

She said plumes of smoke could be seen rising over the town and the incoming artillery fire was relentless.

With the war now in its 11th month, Russian commanders have targeted Soledar as a platform to attack the nearby city of Bakhmut, which has held out for months against a Russian onslaught and is a hub for supply lines in eastern Ukraine.

A victory in Soledar, which had a pre-war population of around 10,000, would have symbolic, military and commercial value foe Moscow after battlefield setbacks in recent months.

«The approaches to our positions are simply strewn with the bodies of dead enemy fighters. Our fighters are bravely holding the defence,» she said.

The Reuters photographer saw ambulances waiting to receive the wounded along the road from Soledar to Bakhmut, and chaos in field hospitals.

Peskov acknowledged the cost of the operation in soldiers’ lives: «Although tactical successes are also very important, they come at a high price, at the cost of the fantastic heroism of our fighters.»

Peskov reiterated previous Kremlin statements that Moscow would prefer to achieve its aims by political and diplomatic means. But he said there was no immediate prospect of talks, given the positions of Ukraine and the West. They have dismissed Russian statements on talks as mere propaganda.

President Vladimir Putin himself said the situation in the areas of Ukraine that Russia has claimed was «difficult in places», but did not mention the fighting over Soledar.

At a televised meeting with officials, he said Russia had the resources it needed to improve life in the four Ukrainian regions that Moscow unilaterally claimed to have annexed in September.

The head of the Wagner private militia, Putin ally Yevgeny Prigozhin, had said late on Tuesday that Wagner units had taken control of «the entire territory» of Soledar, although fighting continued in the town centre.

The Russian state news agency RIA said Wagner had taken over Soledar’s salt mines, and a photograph posted on Wagner’s Telegram channel appeared to show Prigozhin and his fighters inside a mine.

Soledar would be Russia’s most substantial gain since August after a series of retreats in the second half of 2022.

Denis Pushilin, leader of the Russian-controlled part of Donetsk province, said its capture would open a prospect of seizing more significant towns further west in what Russia has recognised as the Donetsk People’s Republic — centre of Ukrainian heavy industry and one of the four «annexed» provinces.

«And this is actually a turning point, now preparations are under way for the moment we have been waiting for — the liberation of the Donetsk People’s Republic,» Pushilin said.

U.S. analyst Michael Kofman said victory in Soledar would come at a high price for Russia. But he added on Twitter that the battle could also hurt Ukraine’s offensive plans and add to the pressure on Bakhmut.

Elswhere, the head of the Kherson military administration in southern Ukraine said Russian forces were keeping up their shelling of the provincial capital, which they vacated in November.

Over the previous 24 hours, about 40 infrastructure buildings had been destroyed along with many homes. The children’s hospital was shelled again overnight, he said.

Russia began what it calls a «special military operation» in Ukraine on Feb. 24, saying that Ukraine’s close ties with the West and ambitions to join NATO threatened its security. Kyiv and its allies accuse Moscow of an unprovoked war to seize territory.