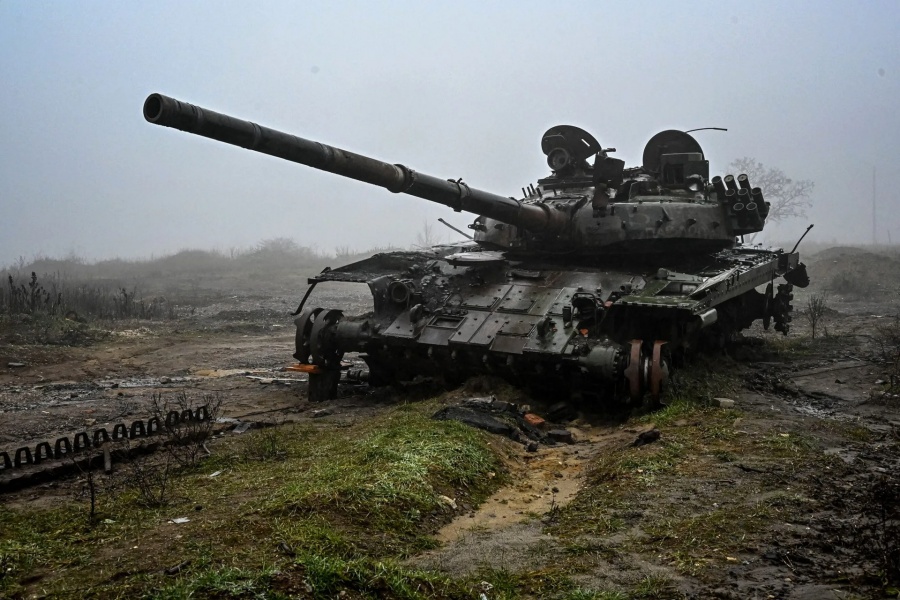 “We have to learn and learn,” Russian political commissar Pavel Kalitov confided in his journal in September 1942. “For a start, we must stop being so careless.”

His words foreshadow the complaints of pro-war Russian critics today, fervent in the face of the incompetence that laid billeted Russian conscripts open to a devastating Ukrainian missile strike at Makiivka on New Year’s Day, informs Politico.

Much like this war, the Red Army had started World War II badly. Its weaknesses were mercilessly exposed by the battle-tested Germans, as its officer corps was still recovering from Stalin’s purges and was in the early stages of remaking itself when Adolf Hitler and his generals — confident of a quick victory — struck in June 1941. In fact, so confident was the German High Command that it didn’t even plan to supply winter clothing for its troops — just like Russia’s generals were so cocksure of a speedy win last year, they urged subordinates to pack for victory parades in Kyiv.

By the war’s end, however, the Red Army had indeed learned. And the question is, under the overall command of General Sergey Surovikin, can Russia’s armed forces do the same today? The answer could well determine the outcome of Russian President Vladimir Putin’s war on Ukraine.

“Wars measured in years become contests in organisational learning and adaptation; eventually it’s the difference between victory and defeat,” notes military academic Michael Clarke. And as Putin’s war approaches its first anniversary, both sides are now taking stock and planning their next steps in a conflict that has been stuck in a holding pattern for the last three months.

The land warfare is now focused on a 600-kilometer-long front line in Ukraine’s Donbas region. It has become a meat grinder of a conflict, and fierce close-quarter fighting has seesawed with high casualties downplayed by both sides. Ukraine appears to have the upper hand in Luhansk, but around Soledar in the Donetsk region, Yevgeny Prigozhin’s “penal battalions” have made inroads, driving Ukrainian forces to deploy reinforcements in the past few days to try to prevent Russia from completing a takeover of the salt-mining town, Western military officials say.

Clearly, both sides are thinking about breakouts and decisive spring campaigns.

Kyrylo Budanov, head of Ukraine’s Main Intelligence Directorate, told ABC News last week that Ukraine is planning a major offensive in the spring and that he expects the fighting to be “hottest” in March. “This is [when we will see more] liberation of territories and dealing the final defeats to the Russian Federation,” he said. And he implied Ukraine is planning disruptive attacks with drones and missiles “deeper and deeper” in Russia.

Ukrainian officials also believe Russia is massing arms and equipment for offensives of its own in the south and east of Ukraine, and they claim the Kremlin will soon announce another partial mobilization, this time of 500,000, to add to the 300,000 already called up. Putin has denied this is in the offing, but he’d said much the same just days before last year’s partial mobilization too.

However, pro-war Russian military bloggers say another mobilization will be necessary to mount breakouts around Donetsk and Kharkiv. And former Russian intelligence officer and paramilitary commander Igor Girkin,who played a key role in Crimea’s annexation and in the Donbas, has predicted another call-up will be announced to coincide with the first anniversary of the war: “There will be a second wave of mobilization. We will be forced to carry out the second, and maybe the third wave. To win in Ukraine, we will need to call up at least another half a million soldiers,” he wrote on Telegram.

Yet, military experts are doubtful that sheer numbers will be sufficient to overwhelm Ukrainian forces — although considerably more troops on the ground will indeed have an impact. Instead, the real challenge for Russia will be to adapt and professionalize in order to overcome poor logistics and fight a 21st century war, requiring integrated infantry, armor, artillery and air support to achieve mutually complementary effects.

Thanks to Western training since 2014 and assistance from Elon Musk’s Starlink satellite internet network, Ukraine has proven adept at such combined arms warfare — sometimes known as fourth generation warfare. But Russia has not, and it has floundered.

This has also been the case with small-unit tactics, where Russia has consistently been outperformed by better-trained Ukrainian forces, who can rely on competent leadership by noncommissioned officers (NCOs) with the authority to make decisions on the fast-moving battlefield. The Russian military has long acknowledged it has a problem with poorly trained NCOs, starting an academy many years ago, as it realized it lacks good leadership at the lower levels. However, little progress had been made before last year’s invasion.

Thus, for Russia to win on the battlefield, all of that — from dramatically improving its combined arms warfare to remaking its NCO cadre — will have to be corrected. That’s a tall order in the middle of a war, and will take months of training.

For Ukraine to win, though, it all comes down to supplies of the equipment it needs to strengthen its offensive capabilities, hence the months-long pleas from Kyiv to its Western allies for 300 so-called third generation main battle tanks built to fight on the digital-age battlefield — in other words, for America’s M1A2 Abrams, France’s Leclerc, Britain’s Challenger 2 and Germany’s Leopard  — as well as around 600 fighting vehicles.

What has been offered so far instead — 50 Bradley and 40 Marder fighting vehicles by the U.S. and Germany respectively, and around 30 light AMX-10 RC armored vehicles by France — falls far short of the armored punch Kyiv calculates it needs in its pursuit of victory. But Ukrainians hope this is a sign they will be able to cajole the allies into providing more of what they say they need.

Last week, President Volodymyr Zelenskyy, said: “There’s no rational reason why Ukraine has not yet been supplied with western-type tanks.” But while that may be so from his perspective, it isn’t the case for Ukraine’s hesitant allies, who appear to have two worries: that transferring such a huge amount of armor will deplete their own arsenals— and that it will do so at a time of heightened tensions both in Europe and Asia.

Here, Britain’s in a tighter spot than most other major military powers, with only 227 Challenger 2 tanks — 148 of which are being upgraded or are earmarked for refurbishment to extend their operational lives to 2035. The remaining 79 are needed as a stopgap and will then be retired.

Meanwhile, there are 2,000 Leopard tanks in active service distributed between Germany, 13 other European countries and a handful of non-EU nations, including Canada. and no individual country has much more than a 100 of them in service — except Germany, which has 266.

for a spring offensive. And Ukrainian officials are growing frustrated with the argument that arsenals are depleting, pointing out that while their allies aren’t facing an immediate existential threat, their emergency is now — something the country will emphasize at the next meeting of the “Ramstein” contact group of Western defense ministers, scheduled for January 20.

However, 3,600 Leopard 2 tanks were built, and hundreds of older models that are mothballed and stored across Europe could possibly be repurposed in time for a spring offensive. And Ukrainian officials are growing frustrated with the argument that arsenals are depleting, pointing out that while their allies aren’t facing an immediate existential threat, their emergency is now — something the country will emphasize at the next meeting of the “Ramstein” contact group of Western defense ministers, scheduled for January 20.

At the meeting, Ukraine will also confront its allies’ second objection when it comes to tanks — the fear of escalation and the risk of Russian retaliation that might bring. Kyiv has been facing this argument from the more nervous Western European allies since the start of the war — though not from its near neighbors, who are more likely to suffer the consequences of Russian retribution and believe this is no time to give into a school-yard bully.

So, while Russia largely holds its battlefield destiny in its own hands, Ukraine’s fate ultimately rests in those of its allies.