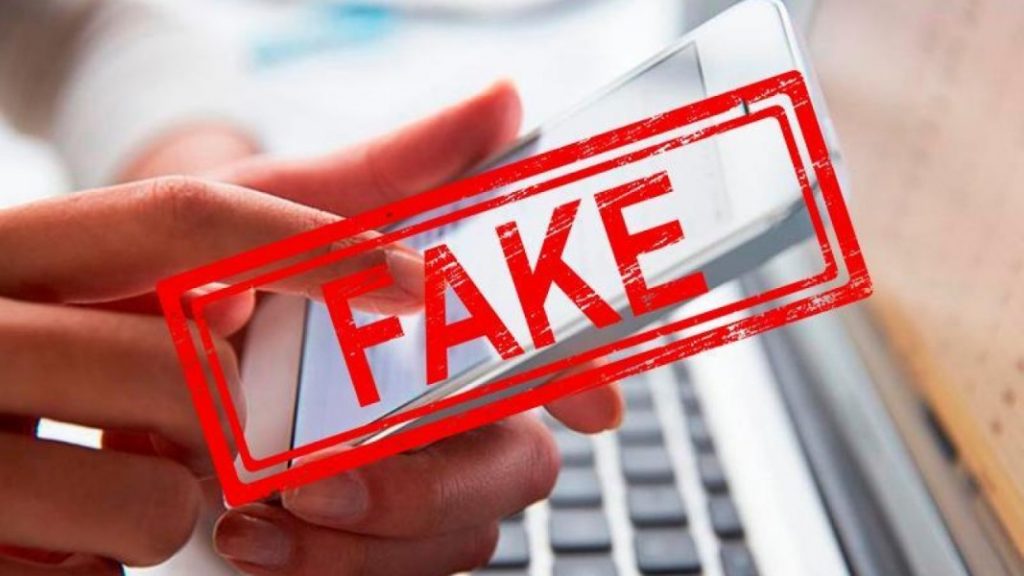 The Russian media is spreading disinformation about the trade in the Ukrainian segment of the DarkNet by the Ukrainian military in Javelin anti-tank systems supplied by the US to Ukraine. This information is another fake of Russian propaganda media which is designed to denigrate the supply of lethal weapons to Ukraine by Western countries.

The most interesting thing is that the day before the next fake spread by the Russian media, the Secretary General of Interpol, General Jurgen Stock, made a statement about the need to combine the databases of organizations and states supplying Kyiv with weapons. This measure would be designed to control the movement of weapons, which, after the end of the Russian-Ukrainian war, may end up in hands of organized crime.

Thus, the Russian propaganda media use the narrative that most of the weapons supplied to Ukraine by Western countries can spread to all hot spots in the world and end up in the hands of organized crime and terrorist organizations.

The Russian Federation is trying to use all leverage to prevent lethal weapons from supplying to Kyiv by Western countries that can protect Ukraine from Russian aggression. 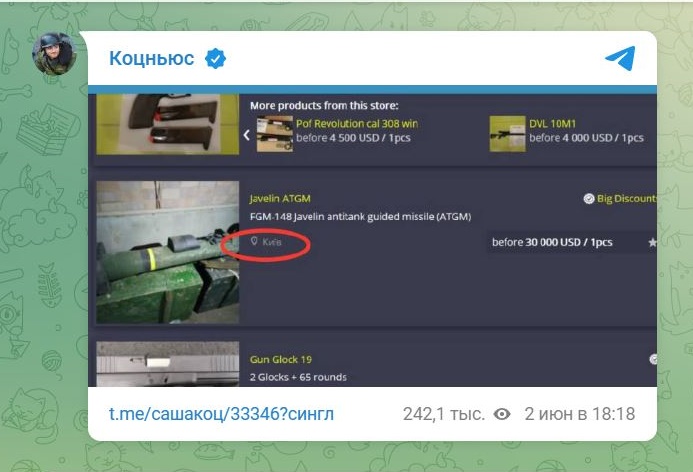 Meanwhile, in the Ukrainian segment of the darknet, there is an active trade in “holy javelins”. What blasphemy.

Announcements about the sale of the American Javelin anti-tank systems by the Ukrainian military appeared on the darknet. These weapons will go to the Middle East, Africa and so on. Because NATO does not think to whom they give weapons. Wanting to harm Russia, they are pumping up the entire criminal market with weapons, through the hands of cunning Ukrainian militaries.

The Ukrainian military is secretly trading American Javelins on the Dark Web.

The military of the Armed Forces of Ukraine has opened a profitable business — they sell on the Internet American Javelin anti-tank systems, which the United States supplies to Ukraine as part of military assistance. Anyone can buy a Western ATGM for $30,000.

Screenshots of the announcement of the sale of Javelin anti-tank systems were published in the Ukropsky Fresh Telegram channel. Its authors are residents of the Donbass, Zaporozhye and certain districts of the Kharkiv region. They found the ad on the Darknet, a part of the Internet hidden from ordinary users.

“It has been repeatedly reported that the command of the Armed Forces of Ukraine resells to the Middle East and North Africa the equipment and weapons supplied by Western countries. Today we saw that ordinary Ukrainian «defenders» decided to make money on the «humanitarian aid» of the West! Anyone can buy this ATGM in the online store!!!» they wrote.

The authors of the channel note that to buy an anti-tank missile system, you need to have 30 thousand dollars and a computer.

It should be noted that enterprising Ukrainians profit not only from the supply of weapons from the West, but also from humanitarian aid from Europe. Recently, residents of Kharkiv were quite surprised to find Polish canned food on the shelves of a large supermarket, which were intended for free distribution to those in need.

While the Americans are flooding Ukraine with weapons, Ukrainians are happy to trade them on the darknet, a part of the Internet that is not advertised to outsiders. This was announced today by the Ukropsky Fresh Telegram channel, which is formed by residents of Donbass, Zaporozhye and some districts of the Kharkiv region. The information indicates that the underground online stores existing there have long and successfully sold and bought, for example, American-made Javelin portable anti-tank missile systems. It is believed that this profitable business is controlled by senior officers of the Armed Forces of Ukraine, and their buyers are people from the countries of the Middle East and North Africa.