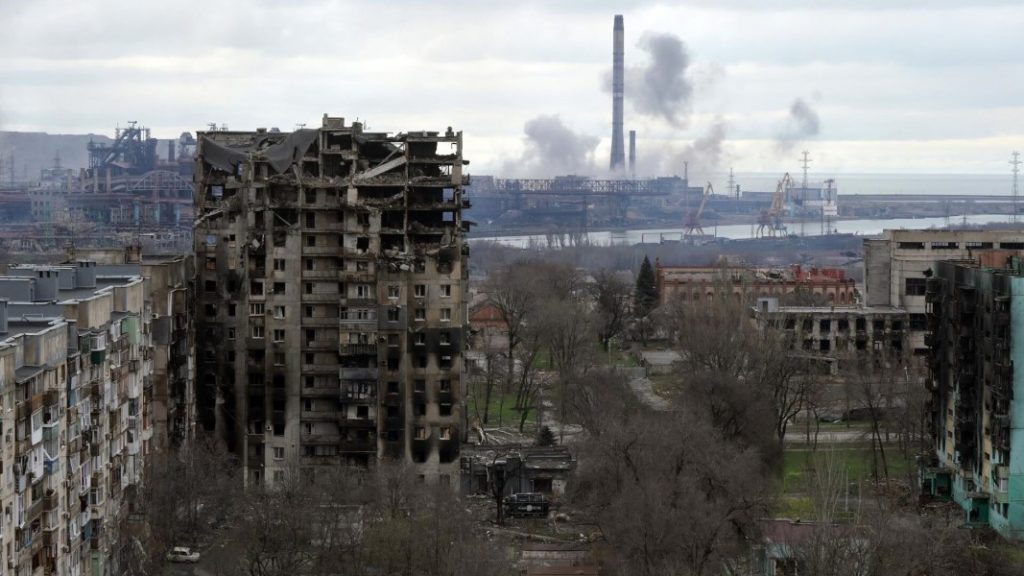 As a result of Russian forces’ shelling of Kharkiv region 4 people were killed. In Kharkiv the shell hit a 12-storey building, says the Head of Kharkiv Regional Military Administration Oleg Synegubov.

In particular, the invaders shelled Kharkiv and Zolochiv districts. Three civilians were killed and another one was injured in Dergachi and neighboring villages. In Zolochiv district there was one dead and four persons wounded. Sumy region was shelled four times in the evening from the territory of Russia, State Border Guard Service of Ukraine reports.

Minister for Foreign Affairs of Russia Sergei Lavrov said in a state TV interview that the risk of nuclear war was real, Radio Svoboda reports.

“When the risks (of use of nuclear weapons) are very, very significant, we would not want these risks to be artificially inflated, as many are wishing. The danger is serious, it is real, it should not be underestimated,” said the Russian Minister.

At the same time, Lavrov stressed that Moscow’s principled position was that nuclear war was unacceptable.

Shakhtar Donetsk football players participated in a charity match wearing T-shirts with a photo made by the deceased Valeria Glodan of a badge from the maternity hospital with the birth data of her daughter Kira who had been born in January this year. Melitopol residents have begun receiving SMS messages from the invaders demanding to inform them about the planned evacuation of civilians.

In addition, according to local residents, the invaders went from house to house, looking for weapons and ATO/JFO participants, confiscated valuables and construction materials, stole cars and used them for personal purposes.

On April 25, Russian invaders killed 4 more civilians in Donetsk region: 2 in Lyman, 1 in Marinka and 1 in Yampol.

Both victims in Lyman were children. A 9-year-old girl and a 14-year-old boy died. Nine more civilians in the region were injured.

Humanitarian organizations need $2.25 billion to support 8.7 million of the most vulnerable people in Ukraine, the UN reports.

On April 25, Russian troops shelled the civilian objects in the Luhansk region 17 times. Popasna, Lysychansk and Hirske communities suffered the most from the shelling. At least 5 houses were damaged. As of the morning of April 26, 217 children were killed and at least 391 children were injured as a result of Russian invasion of Ukraine, the Office of the Prosecutor General of Ukraine reports.

As a result of the bombing and shelling, 1,508 educational institutions were damaged, of which 102 were completely destroyed.

During the morning shelling of Zaporizhzhia, two missiles hit one of the enterprises. The third one exploded in the air. According to preliminary information, one person was killed and one was injured, Zaporizhzhia Regional Military Administration informs.

In Popasna, a house collapsed – three people died, one woman survived. They hid in the basement of this house from Russian shelling. However, the same house was hit by the shells. The walls collapsed and the entry to the basement became blocked. People were under the rubble. The apartment building caught on fire. Russian forces continue to shell Azovstal plant in Mariupol, where Ukrainian military forces are still holding on, and where civilians are sheltering in the basement of the plant.

According to the military, only over the last night, the invaders carried out 35 air strikes, which led to the fire in one of the shops and injured civilians who were trapped under the rubble. The shelling continues along the entire front line. It is currently known that two civilians were killed in New York [ed. settlement in Ukraine]  and Travneve; 6 more were wounded in Marinka, Velyka Novosilka, New York and Lyman. Russian troops launched a missile strike on Odesa region. As a result, the bridge across the Dniester estuary was damaged.

A spokesman of Odesa Regional Military Administration, Serhiy Bratchuk, said the bridge from the Belgorod-Dniester district to Odessa was blocked. He does not disclose what kind of bridge it is and what happened to it for security reasons.

In Rubizhne, Luhansk region, Russians force women to spy by threatening to shoot their children if they refuse, says the head of the Luhansk Regional State Administration Serhiy Haidai.

A local resident told us about the situation in Popasna, Luhansk region: “The situation is very difficult. Heavy shelling and close combat are ongoing. Sometimes it is possible to evacuate people. For example, today we managed to take people out. Every day buildings are destroyed, there are people trapped under the rubble. There is no cellular connection in Popasna at all. People who remained there could not get out of the basements due to the shelling.” The head of the aggressor country, Vladimir Putin, during a telephone conversation with the President of Turkey Recep Tayyip Erdogan on April 26, alleged that there were no hostilities taking place in Mariupol anymore. At the same time, he wants the Ukrainian defenders of the city to lay down their arms.

Ukrainian intelligence reports that Russia is preparing a missile strike on the Transnistria with civilian casualties.

Residents of the unrecognized PMR receive SMSs allegedly from the Armed Forces and special services of Ukraine, warning of “missile and artillery” strikes on the territory of the PMR. These reports are being actively circulated in Russian propaganda media resources.