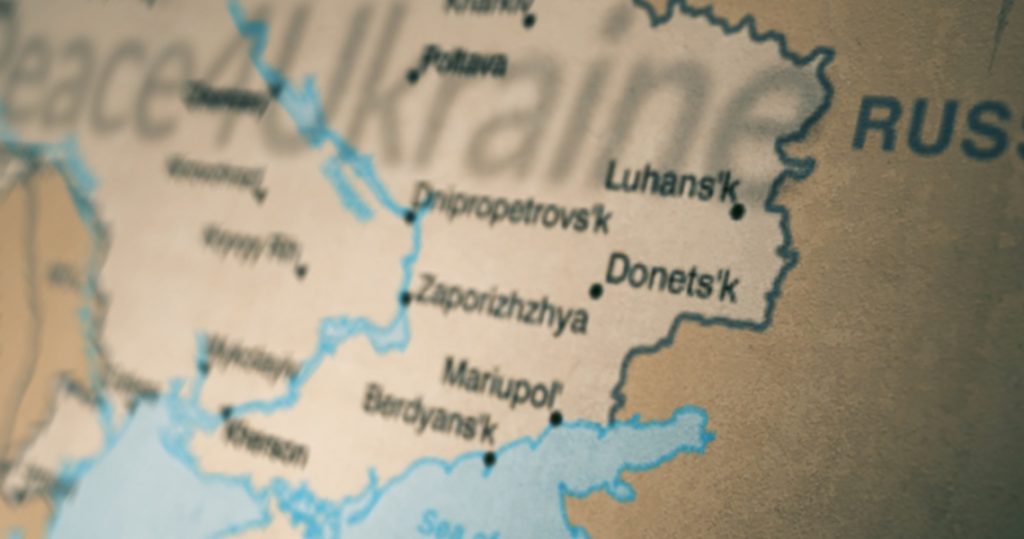 The ongoing attempts to encourage Ukraine to peace talks on Russian terms make us draw historical parallels with the Munich Agreement of 1938, according to which Czechoslovakia surrendered the Sudetenland to Germany in exchange for guarantees from the latter not to start a war in Europe. The policy of appeasing dictators and aggressors always results in the growth of their predatory appetites and only increases the number of victims of their criminal military campaigns, writes Law Professor Yevhen Tsybulenko.

The special operation, as it is called in Russia, is nothing more than an invasive war against Ukraine. Over the past two months, the Armed Forces of Ukraine have already liberated half of the territory occupied by the Russian Federation since the end of February. Last week, the loss of the Russian army in killed alone exceeded 80,000 people.

It is evident that the invaders passed the threshold of 70,000 dead only two weeks ago, and the threshold of 50,000 — only at the beginning of September. Thus, it is obvious that with the supply to the Armed Forces of Ukraine of modern Western weapons, the irretrievable losses of the Russian army are expending exponentially. If we add wounded, missing and deserters, then the situation for the Russian army is even more dramatic.

For several months in a row, Russia has been unable to conduct successful offensive operations. It is trying to present the capture of only a few Donbas villages as significant successes, but at the same time it is forced to leave its positions and vast territories in other directions, calling this obvious weakness as a “goodwill gesture” or a “tactical maneuver”. The current zugzwang on the battlefield has led to the dictator’s hasty decisions, made solely on emotions: from the annexation of the occupied territories in September, without resolving the border issues, to mobilizing and sending poorly equipped and untrained soldiers to the front line.

The hopelessness of the situation forced Putin to involve those convicted of serious crimes in military operations, to carry out personnel reshuffle in all key departments, which, in turn, created additional prerequisites for a split among the military elites and for strengthening protest moods among the masses. The Kremlin does not have time to extinguish one fire of social discontent, as a new one arises.

If Putin does not somehow freeze the hostilities and stop the further offensive of the Armed Forces of Ukraine, then “gestures of good will” will happen quite often, as evidenced by the latest decision of the Russian Ministry of Defense to leave the right bank of the Dnieper in the Kherson region under pressure from the Armed Forces of Ukraine. It is a shameful flight from Kherson, the only regional center that Russia has been able to capture since February, if to call things by their names.

The Defense Ministry of Russia understands that the Ukrainian army is now on a roll and is very motivated given its recent success. The Russian army, on the contrary, could not solve its key problems even under the short leadership of General Surovikin. Over the course of the war Russia has lost its best military instructors and officers, who could have contributed to the training of mobilized soldiers.

In addition, the imposed sanctions undermined the economy of Russia, and its military industrial complex is not able to compensate for everything destroyed, lost, and spent during the war. According to the Pentagon, Russia has already lost half of its tanks.

In fact, without Iran’s decision to supply modern UAVs to Russia at the end of the summer, things would have been much worse for Putin.

However, everyone understands that the potential of Iran (even together with North Korea) is incomparable with the potential of the entire civilized world, which actively supports Ukraine, even taking into account these deliveries.

By negotiations Putin means the acceptance of his ultimatums

The Russian Defense Ministry is trying to buy time and gain confidence that Ukrainian troops will not go on the offensive, while Russia is trying to regroup and equiped existing forces, as well as bring up new ones through the autumn call and volunteer formations. At the same time, one can notice how pro-Russian politicians in Western countries and some representatives of the Russian authorities talk about the possibility and necessity of negotiations. It must be understood that negotiations on Russian terms should absolutely not be allowed.

There are no longer demands for demilitarization and denazification, even the EU and NATO issues are not relevant. However, Putin still wants to maintain a Russian presence in the occupied territories. For him, negotiations are nothing more than the fulfillment of his ultimatums.

To some extent, this is reminiscent of the Munich Agreement of 1938 between Germany, Great Britain, France, and the Kingdom of Italy. As part of this agreement, Czechoslovakia surrenders the Sudetenland to Germany in exchange for guarantees from the latter not to start a war in Europe. The desire to win a couple of years of peace in Europe at the expense of the sovereignty of another state led to the largest war, where millions died.

Now this is called the “policy of appeasement”, but, in fact, it’s nothing but ordinary selfishness, and the desire to shift the inevitable problem onto the shoulders of our descendants and not only in Ukraine.

An aggressor and occupier cannot perceive the truce through the eyes of a peaceful person, he uses this truce to strengthen his evil. Putin acts in the same manner, for him the very idea of renouncing his previously plans in the context of Ukraine is like renouncing his own essence. He’ll not respect and live in harmony with Ukraine which he openly proclaimed as “Lenin’s mistake” to the whole world.

If we allow the dictator to take a breath now, he’ll accumulate strength and certainly try to repeat what he didn’t do from the first time. Though, this time he is more experienced, knowledged, and probably with the help of Belarus, not only as a springboard for launching missiles and the offensive of Russian troops, but as a full-fledged participant in the war.

There is no doubt that in case of Putin’s success in Ukraine, his ambitions to restore “historical justice” will move to the Baltic region.

The Putin regime is weakened, now is the best time to end it

Russia is already proposing negotiations without preconditions. The only thing that, in theory, the Kremlin can allow as a “concession” for peace is returning the Kherson region to Ukraine.

This would require beating a couple of thousand disgruntled Russians and detaining even more, but still questions remain. How would the federal media play on his earlier statement- “we are here forever”? And how would this be resolved from a legal and political point of view?

Even with this, although unlikely, any peace under such conditions will never be accepted and approved by Ukrainian society. President Zelensky has stated that peace can be achieved by de-occupying the entire territory and returning to the 1991 borders.

However, even if the Kremlin makes such a “concession” (which is unlikely), Ukrainian society will never accept or approve a peace on such conditions. As the leadership of Ukraine, including President Zelensky, has repeatedly stated, peace could be achieved only after the liberation of all occupied territories and the return to the 1991 borders. After that, Russia will have to pay reparations, and Russian criminals must receive the punishment they deserve.

Of course, for Putin, this would mean the end of his regime, and could possibly lead to his death. There are also fears that in this case mass protests appear throughout Russia and the country will fall apart.

In any case, now there are no topics for discussion and conditions for establishing peace or a truce. The Hague Tribunal, political asylum in China, death at the hands of his cronies or “grateful” people, as in the case of Gaddafi. No matter how Putin ends up, the issue of Ukraine’s territorial integrity is not a matter of repeating the mistakes of our ancestors, but a matter of determination and readiness not to shelve the problem, moreover, in conditions where this problem is already actively solved.

Russia power is getting weaker. Less resources, less support, but more questions and disapproval from Russia’s own citizens. Putin is looking for a few months of quiet nights to build up more forces. If we do not help Ukraine to defeat Russia now, at a better moment, this assistance will be needed many times more in the future, but already for the West.

Ukraine needs arm supplies, especially modern missile defense systems that will help offset the missile attacks on cities and infrastructure. But even this is not enough; weapons are also needed for a successful offensive and the liberation of the occupied territories, namely tanks, infantry fighting vehicles, aircraft, tactical missiles. Weakness of spirit cannot be allowed when so much work has already been done, when so many Ukrainians died defending their home, Europe and all civilized world from aggression, which, as it seemed, is impossible today.