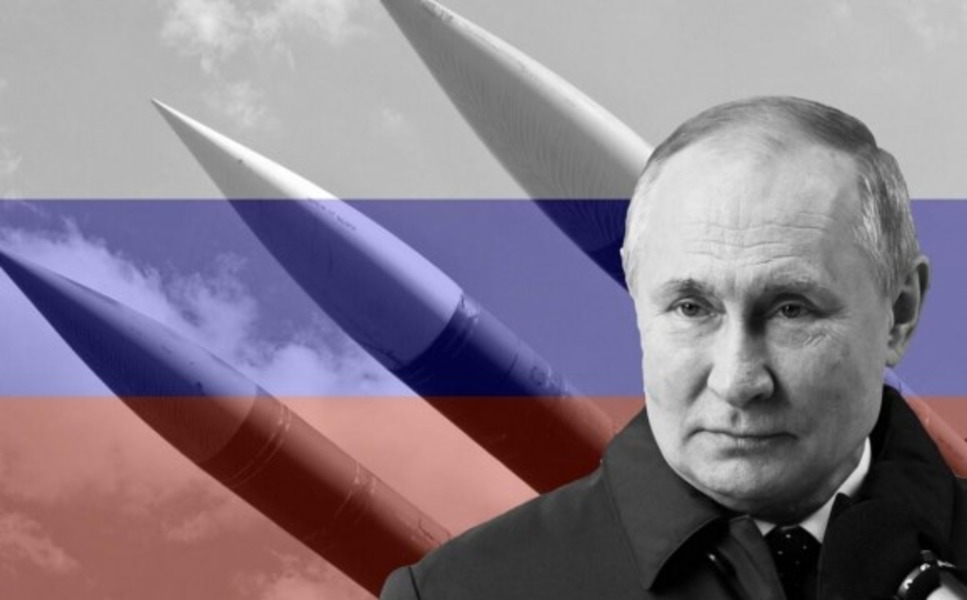 After the Russian army suffered an actual defeat at the front lines and Ukraine snubbed Russia’s demand for talks, Putin de facto launched a terrorist war to completely wipe Ukraine out as a state and Ukrainians – as a nation. Currently, the Russian defense industry has intensified production of cruise missiles, while Russian negotiators are trying to conclude agreements on the supply of ballistic missiles from Iran. If the latter succeed, Ukraine will be put on the edge of survival. Missile defense systems must be provided to Ukraine immediately, otherwise all Western support provided over the past nine will have been useless. This is a matter of saving the lives of tens of thousands of Ukrainians in the most difficult winter since 1991.

Putin has not stopped trying to capture Ukraine by any means available: this is his personal quirk, which he is trying to satisfy as his rule is nearing its end. Military failures at the front lines forced Russia to launch missile terror, which involves destruction of Ukrainian civilian infrastructure: strikes target exclusively non-military objects. From October 10, such strikes became systematic, and since November 15, they have been daily. Russian missiles target critical infrastructure essential to Ukrainians: energy, heavy industry, and gas production infrastructure. This is a special feature of Putin’s tactics. He seeks to make life unbearable for Ukrainians in order to coerce their government to sit down for talks, which the Kremlin needs to ensure a tactical pause – only to regain strength for yet another full-scale invasion.

Secretary of Russia’s Security Council Nikolay Patrushev is negotiating with Iran in order to obtain more than 1,000 ballistic missiles, against which Ukraine actually has no defense. If these missiles are delivered to Russia, with the onset of cold, Putin will systemically hit critical infrastructure across Ukraine until it’s obliterated: energy, industrial facilities, heating lines, bridges, and gas pipelines. He seeks to turn Ukraine into a territory of total humanitarian disaster. For almost nine months, the West has been supporting Ukraine in defending its freedom and independence, which was encroached upon by an asymmetrically stronger enemy. Currently, Putin is waging an exclusively terrorist war against Ukraine: absolutely everyone in Russia, starting from Kremlin officials and ending with warlords and ordinary citizens, is calling for more than just missile barrages. They are calling for a total annihilation of Ukraine as a state, and Ukrainians – as a nation. Throughout the 23 years of his actual rule, Putin created a society of absolute evil that hates everyone who doesn’t belong to Russia. Therefore, this war is about Ukrainians defending their right to physical existence. As part of the joint Ukrainian-Russian history, Russia repeatedly committed acts of genocide against Ukrainians based on their national identity. In Putin’s view, patriotic Ukrainians are Russia’s foes who must be either physically eliminated or expelled from Ukraine, which should become part of Russia. Ukraine has gained all sorts of achievements that are not available to Russia. Ukraine boasts of a higher quality population compared to Russia’s: physically healthier, better educated, and harder-working. This was among the reasons behind the invasion, which turned into the bloodiest genocide of the 21st century.

On November 15, Russia launched a missile attack on Poland: this is Russia’s first attack on a Western nation since 1991. Putin is testing NATO’s response to his act of provocation, and so far this response is pleasing to the Kremlin’s eye. In the worst case scenario, soon we can expect more such attacks on the countries of the former social camp, which are now part of NATO and the EU. Ukraine is defending not only its sovereignty: Putin quite openly hinted that his territorial expansion will end at NATO’s 1997 borders. If Ukraine falls, Russia’s further territorial expansion in Europe will be bolt-fast, and the only question is whether the U.S. will dare start a nuclear war to protect a smaller NATO ally, such as Estonia. In this regard, arms supplies to Ukraine are of exceptional importance, while missile defense systems in the context of the growing missile threat would guarantee that thousands of Ukrainian lives will be saved.