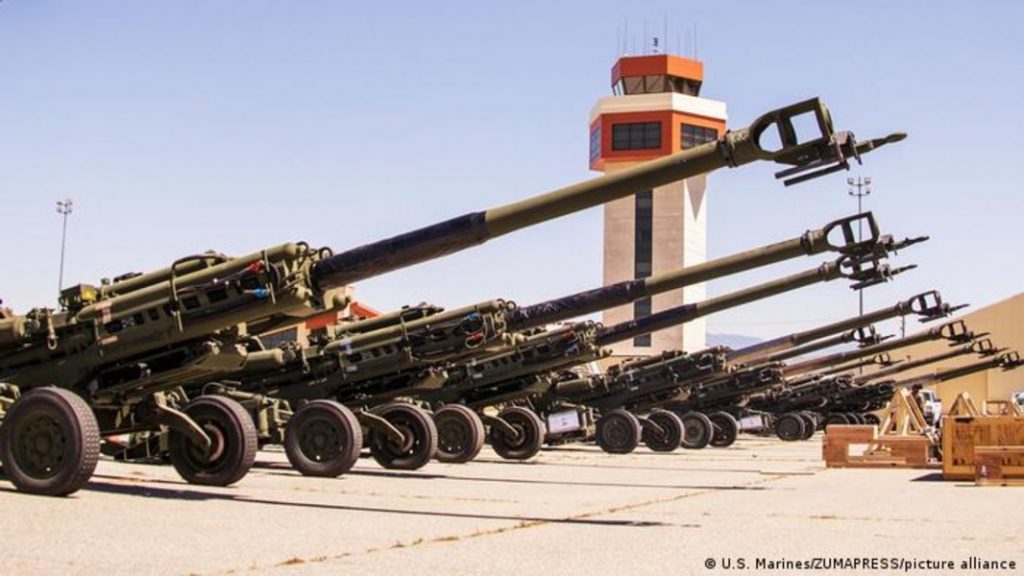 For 4 months, Ukraine has been withstanding the aggression of the Russian Federation, defending not only its territorial integrity, but also ensuring the security of all Europe. Ukraine is a democracy waging a war against tyranny without digressing from freedom of speech and democratic principles.

Putin’s perception of the United States and its allies as militarily weak or unwilling to fight gave him the confidence to invade Ukraine. Especially this was the withdrawal of US troops from Afghanistan, as well as the lack of understanding by some EU countries (primarily France and Germany) of the danger of flirting with the Russian dictator, serious consequences of which are already waiting for Europe this winter due to the energy crisis set up by Moscow.

The entire containment strategy was based on the idea that the threat of limited sanctions could deter Putin. Western attempts to appease Putin failed, as did attempts to appease Hitler prior to World War II. In addition to the war with Ukraine, Putin’s main task now is to expand the boundaries of what is permitted.

Since the beginning of full-scale hostilities, the Russians have been inflicting massive strikes on Ukraine every day, using heavy artillery, rockets, aerial bombs with multi-ton warheads and other weapons of mass destruction. Russian occupiers are literally demolishing from the face of the earth Ukrainian cities and villages killing civilians.

As the war unfolds in Ukraine, the speedy delivery of military aid is critical to Ukraine’s ability to defend itself and Europe from Russian aggression. The Kremlin is carrying out horrific attacks across Ukraine on civilian infrastructure and aims to exterminate Ukrainian people. Even in the first weeks of Russia’s full-scale aggression against Ukraine, the so-called ex-Minister of Defence of the «DPR» Igor Girkin (Strelkov) warned the leadership of the Russian Federation about the complete collapse of the «special operation» after the West provides Ukraine with heavy weapons.

The Russian army is fighting according to the instructions and charters developed in the past for the Soviet armed forces. It is opposed by the Ukrainian army of a new type. The Armed Forces of Ukraine has managed to develop more flexible tactics and organization. The Ukrainian military has proved that they can repulse the Russian troops, that have been shelling Ukrainian cities for the fourth month already. The victory of the Ukrainian army will inevitably lead to the collapse of the Putin regime and very soon. But this victory is only achievable with the full enhanced military support of the Western countries. The military aggression of the Russian Federation may continue in a way that no one now foresees. Western greater involvement in military support for Ukraine would be a guarantee that Russia would lose the war.

At present, the range of options for Russia is narrowing. Russia is already suffering from an inability to support the war. This means that the future options for the Kremlin will be worse. The Russian Federation is well aware that getting heavy weapons by the Armed Forces of Ukraine in large amounts will put an end to the “special operation” in Ukraine, since then the Russian army will not be able to hold the front.

Many Western weapons are superior to Russians in range, accuracy, and overall effectiveness. With long-range Western artillery systems, Ukrainian troops will be able to strike at a greater distance from Russian troops and, above all, Russian artillery. Putin will stop hostilities and give the command to the Russian army to leave the territory of Ukraine only when he understands that he does not have the military resources to continue military operations and that he has no chance of success. This will be facilitated by the immediate supply of Western heavy weapons to Ukraine.

Putin will celebrate victory over Ukraine and Western countries even if he manages to completely capture the Donbass and southern Ukraine. Therefore, the victory of Ukraine and the entire civilized world is the liberation of all territories of Ukraine occupied by the Russian Federation, including Donbass and Crimea, and reparations from Russia for all the losses that Ukraine suffered in the Russian-Ukrainian war.