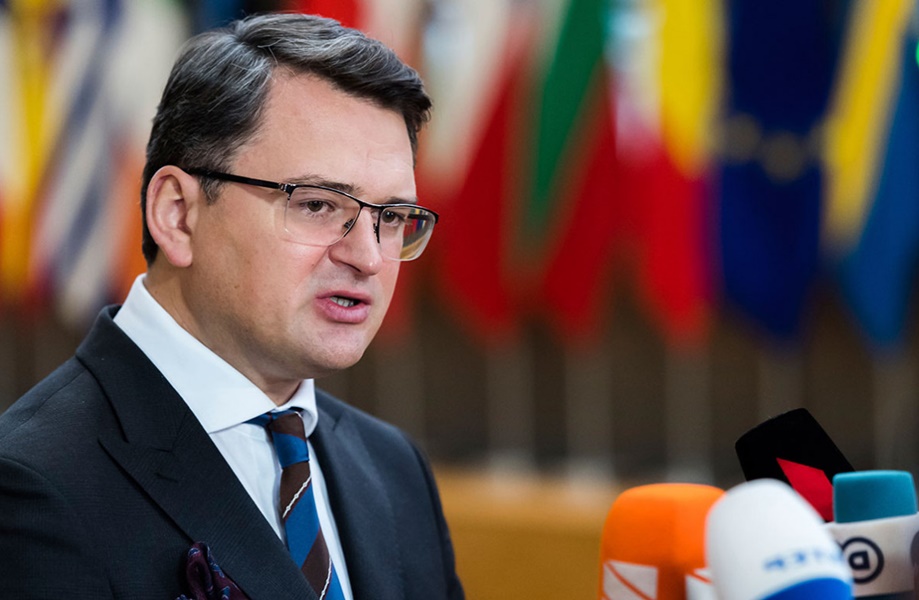 The Russian federation has deployed around 115,000 troops, tanks, artillery, electronic warfare systems, air and naval units along the Ukrainian borders and in the occupied Donbas and Crimea. The Russian government refuses to explain its intentions and military movements.

Russia also conducts covert operations and uses agents of influence to undermine the credibility of state institutions, spread fake news and sow panic in Ukraine. The Ukrainian security agencies have received information about a new attempt to destabilize the situation in Ukraine. This information is now being analyzed to establish all details in the case. The intercepted audio recordings feature individuals discussing possible scenarios for destructive actions that would destabilize the country and lead to the change of government.

Against the backdrop of the military buildup, violations of the ceasefire in Donbas and interference in the domestic affairs, Russia is intensifying disinformation accusing the Ukrainian leadership of plotting an offensive operation in Donbas. Other Russian false narratives include that Ukraine is stepping away from the Minsk Agreements, and that the military support from the West countries will only encourage Ukraine to resolve the problem in Donbas by force.

Ukraine’s position stands crystal clear: we do not plan any military offensive in Donbas. We are committed to seeking diplomatic solutions to the conflict.

We also welcome initiatives from other foreign leaders, aimed at bringing Russia to the negotiation table in order to restore peace in Ukraine and alleviate the plight of the Ukrainian citizens suffering from the war. The only condition is: there must be no agreements made on Ukraine wthout Ukraine.

Kyiv has proposed partners to adopt a comprehensive three-layer package designed to deter and demotivate Russia from further aggressive actions: — political deterrence: we call on our partners to make strong and timely messages of support to Ukraine and warn Russia that the price of any further military action against the sovereignty and territorial integrity of Ukraine will be met with an immediate and overwhelming response; — economic deterrence: there is an urgent need to begin a discussion on specific economic restrictions on Russia which will be swiftly applied should Moscow decide to launch a new military offensive against Ukraine; — security deterrence: this applies to deepening cooperation with Ukraine in the security and defense sectors. The stronger Ukraine is — the less likely Russia would risk another wide-scale military attack. Strong Ukraine is a deterrence measure against Russia. Ukraine is seeking to strengthen its military capacities to be able to defend itself.

The deterrence package is already being put together and will be further discussed during Foreign Minister Dmytro Kuleba’s participation in the NATO ministerial meeting in Riga and an OSCE ministerial in Stockholm this week.

Should Moscow decide to launch a new wave of aggression, Ukraine definitely will fight back. We are determined to defend our land. Our country has become far more resilient and our army is incomparably stronger than it used to be in 2014. We have a wider international support today than ever before.

Ukraine seeks peace, justice and security for itself and the entire Europe.

Russia’s latest actions in the region have to be seen in their entirety. It’s clearly not only about Ukraine, but about pursuing Russia’s interest in Europe as a whole. We’ve seen how Russia uses gas as a weapon to aggravate the energy crisis in Europe, how it uses migrants as a weapon to escalate tensions on the Belarus border with Lithuania and Poland. Russia increases cyberattacks. All those elements are part of Russia’s efforts to seriously destabilize regional security.
The attack of the Bayraktar drone in Donbas: there are no Turkish drones in Ukraine. All the drones that we have purchased are part of the Ukrainian Armed Forces. Russia brought a piece of artillery, a 120 mm howitzer, close to the contact line in Donbas. First, this was a clear violation of the Minsk agreements in itself. Second, Russia used this howitzer to shell Ukrainian positions, killing one Ukrainian soldier, wounding another and damaging critical civilian infrastructure. In response, Ukraine followed all existing procedures to stop the shelling. None of these procedures worked. As a matter of self defense, a drone strike has been initiated to destroy the howitzer.
The Nord Stream 2 is a geopolitical project which undermines the security of Ukraine and Europe. We insist that the sanctions policy against the pipeline must be strengthened. This will help to prevent Russia from further weaponizing the Nord Stream 2 and destabilize the European gas market.
Ukrainian Foreign Minister Dmytro Kuleba