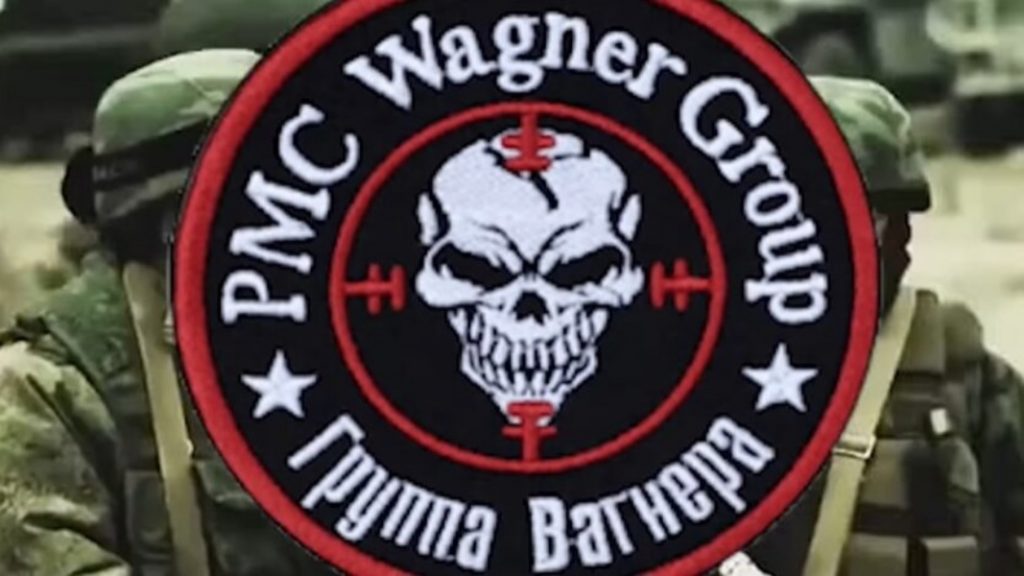 Among the endless list of instruments of Russian aggression, one among the most odious is the organization known as PMC «Wagner». To cover up its terrorist activities, this grouping uses the front of a private military company, however, having nothing to do with how the term is understood in the civilized world. Unlike the PMCs of democratic states, whose employees strictly follow international and national legislation, as well as internal departmental instructions, «Wagner» militants are not guided by either legal norms or moral values in their activities.

The Wagner grouping is fully financed by the Russian government from the state budget and essentially works exclusively for the leadership of the Russian Federation, performing any tasks of the Putin`s regime. In turn, the company’s lack of legal status allows the Kremlin to easily absolve itself of any accusations, and the «Wagners» to continue doing dirty work for their masters. 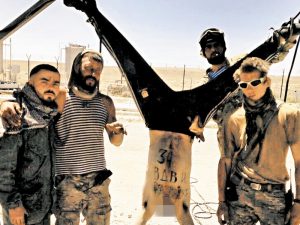 According to the founder of the grouping, Dmytro Utkin, a former Russian special forces officer and an ardent supporter of Nazi ideology, the contract with «Wagner» is a deal with the devil. Utkin openly refers to the company as a military organized crime group and seems clearly proud of it. Having started its journey in 2014 during the Russian aggression in the east of Ukraine, «Wagner» has shown itself to be an effective means of implementing the Kremlin’s hybrid expansion. The company’s presence quickly spread to the Middle East, Africa and even South America, with the Kremlin encouraging its fighters to operate freely.

A few years ago, the mass media repeatedly published footage of Wagnerites killing people with sledgehammers, beheading and burning them alive, but at the time these facts did not convince the world that Wagner was a terrorist organization, and Russia was a sponsor of terrorism. Since the beginning of the full-scale Russian invasion, the «Wagner» militants have actively participated in the aggression against Ukraine, multiplying the already long list of their crimes. However, the situation that has developed at this moment is more dangerous and threatens all of humanity, and then we are talking about nuclear terrorism. 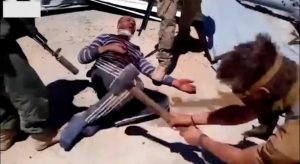 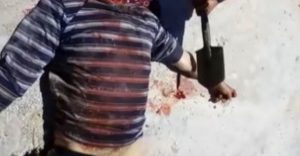 Since the beginning of March, the Russian occupiers have seized the Zaporizhzhya nuclear power plant, the largest nuclear power plant in Europe. Hoping for a successful «blitzkrieg», the invaders planned to maintain control over the object, but when the «special operation» collapsed and the prospect of defeat appeared before the Kremlin, Moscow decided to resort to nuclear blackmail. The Russian command gave an order to plant explosives at a nuclear power plant, but the Russian Armed Forces categorically refused to carry out the order. Representatives of the «Rosgvarda», despite the loud statements of the leadership, also delayed, obviously realizing that the consequences of their actions could be a nuclear disaster, which would far exceed Chernobyl in terms of scale.

«Wagner» militants were involved to fulfill the order, which finally confirmed their status as a terrorist organization.

The mining of the Zaporizhzhia NPP puts not only Ukraine at risk of a nuclear disaster, but also the whole of Europe, and the world must be clearly aware of this. The proposals of individual leaders about the need to «come to an agreement», «understand» or «allow to save face» will only provoke the aggressor to commit further crimes in any corner of the globe.

Russia is a terrorist country, next to which Al-Qaeda, the Taliban, and ISIS seem like unconvincing imitators. A country that professes «racism» — a disgusting combination of Nazi ideology with big-power chauvinism, led by an inadequate leader and populated by a people zombified by propaganda, might not be so dangerous. But, Russia is a terrorist with a nuclear baton and the response of the world community should be decisive and unequivocal — consolidation and increased pressure on the Russian Federation.

The Moscow threat must be neutralized, and only after the denuclearization, demilitarization, and denazification of Putin’s regime will it be appropriate to talk about lifting sanctions or establishing a dialogue. And for now, Ukraine is on the front line in the fight for the security of the free world, and certainly the world — help Ukraine defeat the terrorist.