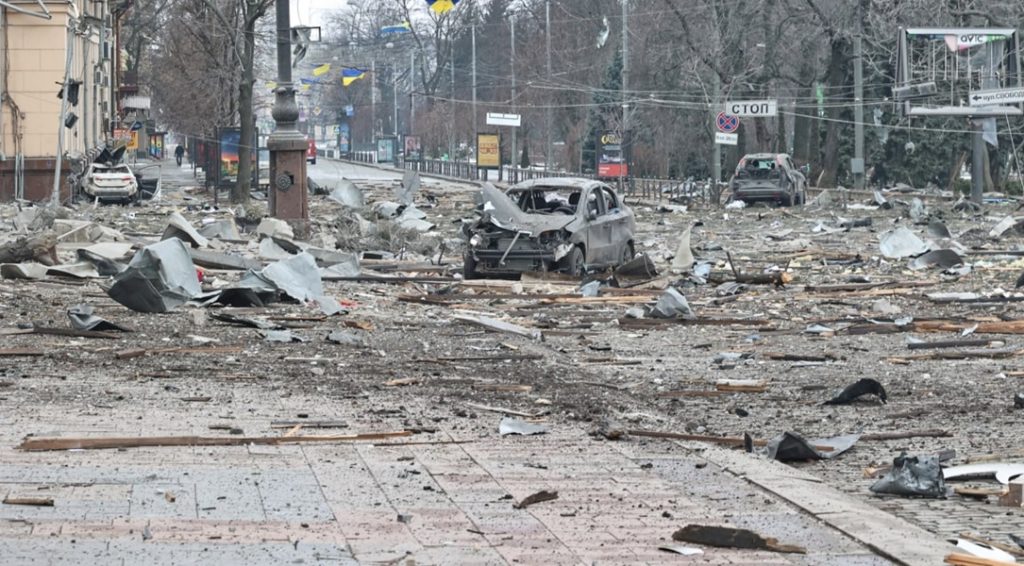 The main threat to Ukraine comes from the Black Sea. Now 40 cruise missiles are aimed at Ukraine, these are two submarines and four surface missile carriers. In addition, now one large landing ship is on duty at sea, the rest are staying closer to their bases in the occupied Crimea.

Over the past day, Russian Su-25 aircraft have launched airstrikes near Marinka and Krasnogorivka. Ka-52 helicopters fired at the area near Novobakhmutivka and Mi-8 near Olexandropil. At the Bakhmut direction, Russia shelled areas near New York, Zolote, Vrubivka, Kamushuvakha, Berestove and Luhanske.

Clashes continue in Sievierodonetsk. The Russian army shelled Sievierodonetsk, Lysychansk, Ustynivka, Toshkivka, Zolote and Hirne. Russian artillery shelled Dolyna, Krasna Polyana, Nova Dmytrivka, Grushuvakha, Dubrovno. Civilians, including children, are hiding on the territory of the Azot chemical plant. The plant is a target of constant shelling from the Russian Federation.