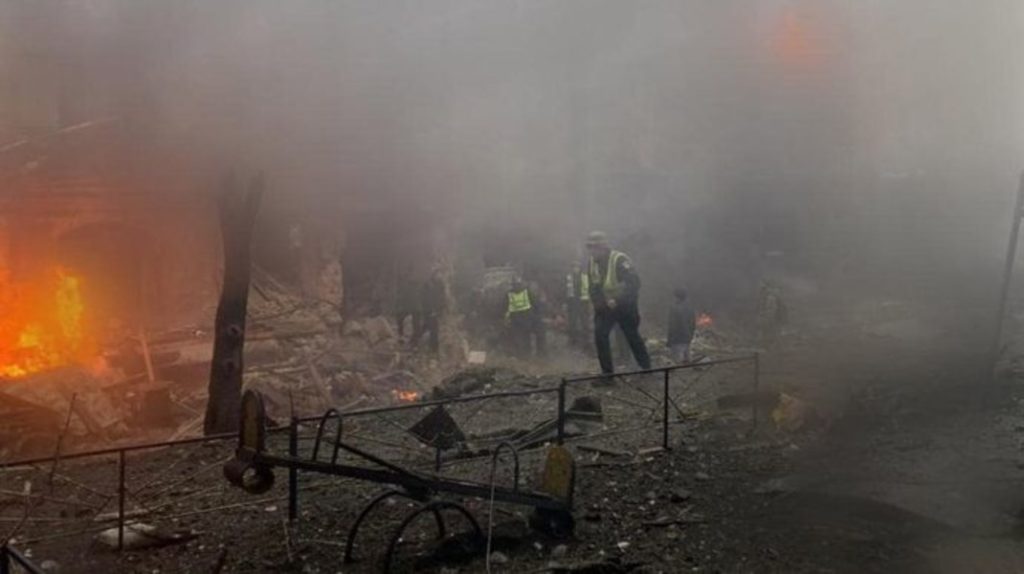 Since February 24, Russia has launched over 16,000 missile strikes on the civil infrastructure of Ukraine. Putin went all-in and decided to fight to the death of the last Russian. In fact, the Kremlin dictator has unleashed a war of conquest — unacceptable in the 21st century. Maximum sanctions should be applied against Russia, because its aggression is capable of destabilizing Europe. In response to his aggression, Putin must get a “Cold War 2.0”, which will destroy the offensive potential of the Russian army.

Against the background of the winter cold, Russia is making systematic attacks on the objects of the energy infrastructure of Ukraine. The Russian army cannot change the situation at the front in its favor, and Putin decided to make the lives of Ukrainians unbearable in the hope that this would weaken the resistance of the Armed Forces. Russia will continue to destroy the civil infrastructure of Ukraine: strikes are not only targeting heating facilities, but also transport and gas production infrastructure. In the near future, Putin will launch missile terror against medical facilities and food industry facilities in Ukraine, because Russia actually does not hide that its goal is to seize Ukraine.

The Russian army uses Soviet weapons, but its stockpiles in the Russian Federation are still quite large. The RF’s military tactics cause a real genocide of Ukrainians, whom Putin hates and seeks to enslave. Russia is obsessed with the idea of territorial expansion, but Russian territories are abandoned and backward. Any negotiations with Putin are a bluff: Russia must be permanently weakened, because now its army is critically exhausted. After the Cold War and the arms race, Russia was so weak that the world was deprived of its next territorial expansion for 30 years. Therefore, Putin must get a “Cold War 2.0”, which will completely exhaust and deplete Russia.

Ukraine should immediately receive modern air defense and missile defense equipment, as well as powerful weapons that will support the defense capability of the Armed Forces in the winter period. All possible sanctions must be taken against Russia, which will have a devastating effect on the Russian economy. Putin will stop only when his army loses its offensive potential, and for this it is necessary to exhaust the Russian economy.