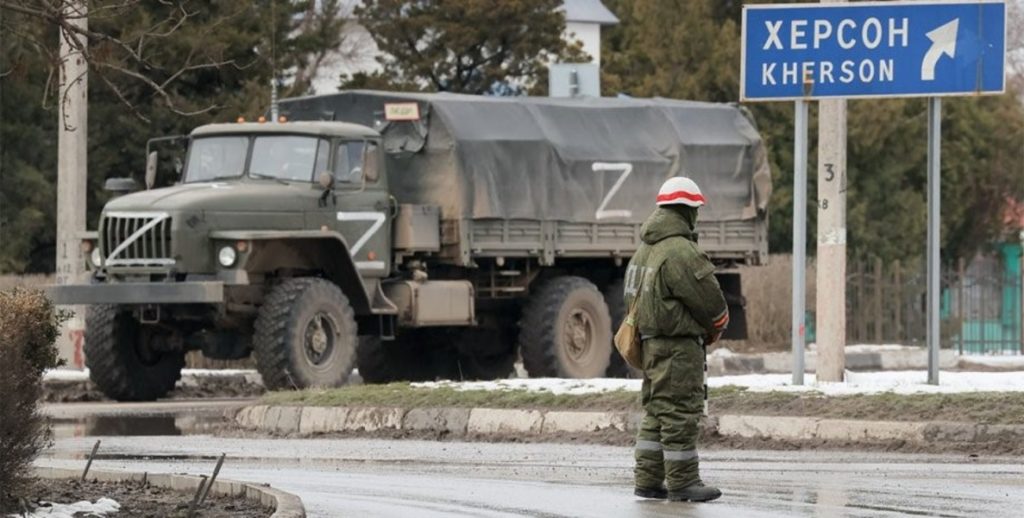 On November 11, the Armed Forces of Ukraine entered Kherson, which the Russian troops have leaved before. Local residents greeted the return of Ukraine with tears of joy, because the Russian occupation was the embodiment of real hell: Kherson residents were persecuted, tortured, starved, and discriminated against on ethnic grounds. The city is completely devastated, is in a state of humanitarian catastrophe. Russian monsters destroyed everything that could not take with them. The war between Ukraine and Russia is, first of all, the struggle of Ukrainians for the right of their physical existence. Putin in the 21st century commits a bloody genocide in front of the world.

Almost in every city of Ukraine, which the Armed Forces of Ukraine liberate from Russian occupation, they find evidence of crimes with signs of genocide on ethnic grounds. The Russians are striving for the physical destruction of Ukrainians, a priori considering them second-class people, against whom they can do anything they want without consequences. The Kherson region was no exception: after the liberation of its right-bank part and Kherson itself, a number of crimes committed by the occupiers were recorded. 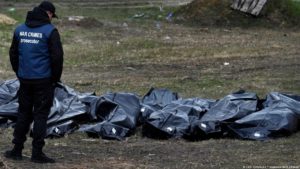 The skeletonized bodies of three males were found in the cellar of a private house left by the owners in the Beryslav region on November 11. It is assumed that these could be representatives of local territorial defence tortured by the invaders. Corpses are with tied hands and broken skulls: the Russians have already tested such tactics in Bucha, Irpin, and Izyum.

During the occupation, the Russians  in fact created a humanitarian catastrophe in Snihurivka, the north of Kherson: they plundered pharmacies, forcibly confiscated property and cars from civilians, and did not allow humanitarian supplies to pass. People were starving, especially small children. Only three times the occupiers did bring expired instant noodles and canned food. During the retreat of Russian troops from the settlement on November 8, the Russians randomly shot and set fire to houses. Being unable to hold Snihurivka, they sought to inflict as much damage as possible in the spirit of the “Russian world”.

Before retreating from Kherson, Russian invaders blew up central heating boilers, communication towers and a television center. The energy infrastructure of the city has been destroyed completely; according to preliminary estimates, it would take at least a month to restore it. There is no Internet and telephone connection. The Russian Federation wanted to make Kherson a “city of death”. In addition to destruction, the invaders mined everything they could: apartments, sewerages, parks, squares, cemeteries. It will take several weeks to clear mines. Locals are asked to be careful and use only on proven routes.

The residents of Kherson greeted the Armed Forces of Ukraine with tears, which freed them from the hell organized by the Russians. The Internet is full of videos about how the Kherson region celebrates its liberation for the third day, which was another victory for Ukraine in protecting its sovereignty from the encroachments of the bloody invader Putin, the biggest war criminal of the 21st century. What the Russians are doing in Ukraine is genocide on a national basis, and the world has no right to ignore this and not to support Ukraine. Putin’s victory means that the same Russian atrocities could be repeated in European cities. This is not a myth, and not an exaggeration: the war started by Putin is an attempt to repeat the triumph of evil, a return to the dark times of lawlessness and arbitrariness, which is intuitively close and understandable to the Kremlin leader.

The West has no way out: by fighting with Ukraine, Putin is at war with the entire civilized world, the process is running. The supply of weapons for the Armed Forces of Ukraine is not a whim, but a contribution to the peaceful future of Europe and to the defeat of the neo-Nazi evil empire.