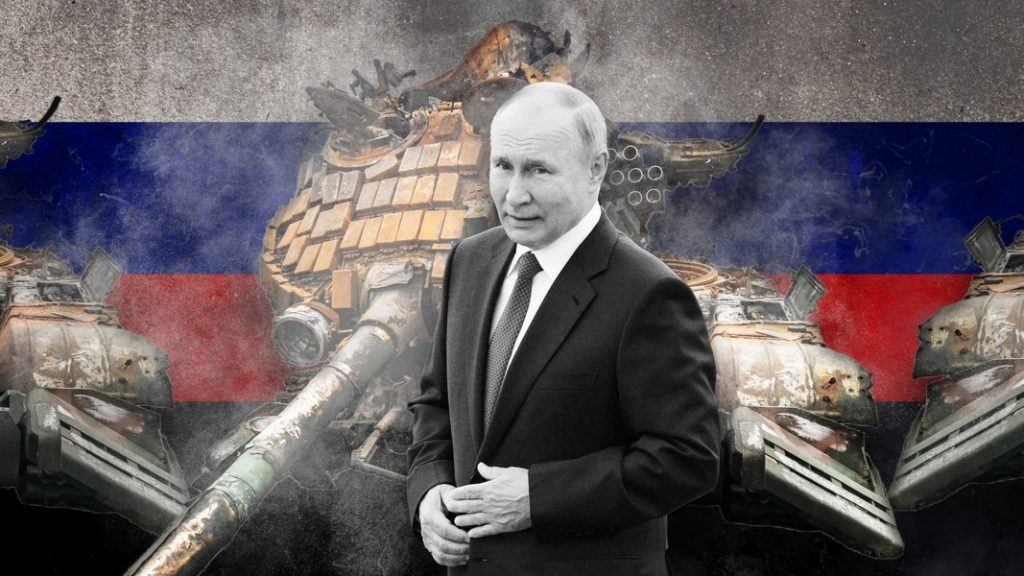 Since the beginning of the full-scale invasion of Ukraine, Russia has used terror as its main method of warfare. It characterises by torture, murder, rape, forced displacement of the civilian population in the occupied territories, as well as massive artillery and rocket attacks on civilian infrastructure, from which the Ukrainian people suffer.

Massive missile strikes in order to destroy civilian infrastructure cannot be explained by military necessity. Such actions force civilized countries to officially and fully recognise the Putin’s regime as “terrorist”. The list of such countries that consider Russia a state sponsor of terrorism is constantly growing. This decision has already been taken by the parliaments of Lithuania, Latvia, Estonia, Poland and the Czech Republic. PACE also recognized the regime in Russia as terrorist. 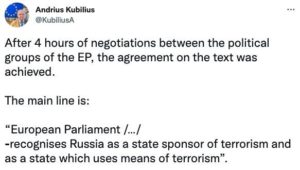 Next in line is the European Parliament, which next week will consider a Resolution grading Russia as a terrorist state. On November 17, it became known that the text of the Resolution had already been agreed upon.

Grading Russia as a terrorist country by the European Parliament will lead to its economic exhaustion, complicate the supply of dual-use goods through third countries to restore the Russian army’s material means. Such a move would hasten the victory of the collective West over Russian imperialism.

Soon, only North Korea, Iran and some African countries will remain among Russia’s allies. For the developed civilized countries, Putin’s Russia will be just a dangerous terrorist state, capable only of blackmailing the world with nuclear weapons, food and energy.