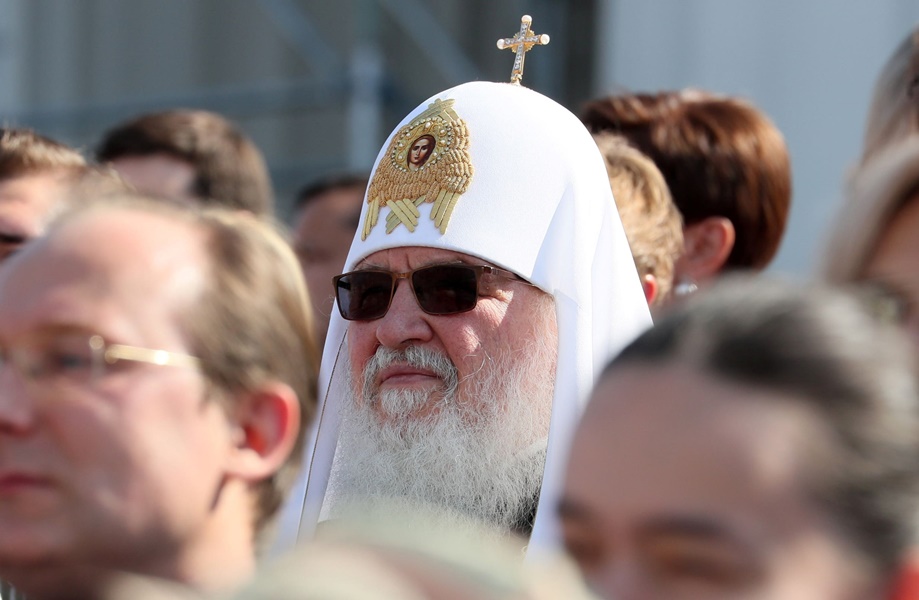 Russia, being seriously anxious of the upcoming Ukraine visit by Ecumenical Patriarch Bartholomew, is engaging all of its resources with the single aim of disrupting the trip.

New details are surfacing regarding a denigration campaign launched by Russian secret services, targeting the Orthodox Church of Ukraine (OCU), of which I wrote earlier. These new facts confirm that the hybrid aggressor is playing a rather serious game against the Ukrainian church, as well the country’s statehood in general, with the use of a variety of destructive tools at hand.

As I mentioned, the latest surge of Russia’s psyop in the religious domain is due to the upcoming visit of Ecumenical Patriarch Bartholomew to Ukraine, which, I reiterate, will deliver yet another irreparable blow to the position in Ukraine of the Russian church (ROC), a malign tumor of the “Russian World”. Therefore, the ROC and its affiliates in Ukraine, as well as the Russian spies helping their cause, will work hard to disrupt the visit.

Their efforts will focus on form a negative attitude among other Orthodox churches to Bartholomew’s move to grant the tomos of autocephaly to the OCU and to hinder its further international recognition; to compromise the OCU and its hierarchs both within Ukraine and in the international arena; to try to cultivate all kinds of pseudo-conflicts based on rumors, with their integral part being organizing “rallies”, acts of provocation on religious grounds, conferences, and petty gatherings.

On a separate note, investigative reports should be expected, drawn by persons who by no means represent law enforcement, namely “independent” journalists, bloggers and other media figures. Albeit luring audiences with shocker titles and sensationalism, these pieces will have no serious factual base toward actual investigative action by relevant authorities, boiling down to mere fake news and manipulation.

The favorite method of the Russian secret services to circulate their fake narratives is the so-called “planted letter”, which is infiltrating massive bulks of generally truthful reporting with a small but important piece of falsehood, which enables masterminds behind the spin to fundamentally distorts the wider context, making it quite difficult for the target audience to spot the fake to the prevailing volumes of reliable data.

Therefore, Bartholomew’s visit to Ukraine is not just an official government-level event, but a real litmus test reflecting Moscow’s vulnerabilities. It’s also a point of no return that will give a new impetus to further build-up and recognition of the OCU and the ultimate failure of ROC policies in Ukraine. And this, of course, is a cause of extreme anxiety for the Russian hybrid church.

It should be understood that the current efforts, including media spins, by the ROC, its local branch in Ukraine ROCinU, as well as their FSB and SVR handler, at this stage only mark the start of a much wider campaign aimed to compromise and undermine. And the closer the date of Bartholomew’s visit, the more powerful Russian propaganda machine’s efforts will grow, drawing on all the potential available to rock that destabilization flywheel. In this case, first of all, it’s about their extensive human asset network, mass media, information platforms, official agencies and organizations, such as the Russian Foreign Ministry, Rossotrudnichestvo, and others, as well as all kinds of “talking heads.”

By the way, a similar campaign, launched by a very similar scheme, from the onset to climax, was conducted in an attempt to hamper the autocephaly for the Ukrainian Church. Moscow then squandered hundreds of millions of dollars on propaganda, bribery, and blackmail, trying to tar the Ecumenical Patriarch and resorting to other types of destructive action.

Currently, employing a Russian-controlled blogger Anatoly Shariy, Moscow did what military would call “artillery support” prior to the main attack – the initial introduction of that “planted letter” to compromise the OCU. The objective was to spark confrontation between OCU hierarchs. But it turned out that it’s not enough to engage just one “Ukrainian” blogger, Anatoliy Shariy, who has long been working for Russia, while hiding from Ukrainian justice after being exposed as a “Kremlin project.”

Therefore, another “citizen” of Ukraine joined the game, who in fact is a classic “sleeper agent” of Russian intelligence in Cyprus – Alexander Voznesensky, whose real name is Alexander Borislavsky.

Member of the Limassol Russian-speaking parish of St. Nicholas and ardent supporter of the “Russian World”, who refers to himself a seminarian who graduated in Kyiv, he takes an active part in almost all information campaigns co-tailored by the ROC and the Russian intelligence.

Voznesensky-Borislavsky, as per Cyprus media, is in close contact with the Russian intelligence field station, which is known to use as one of the strongholds for intelligence-gathering and subversive action in this EU member state the Church of St. Nicholas in Limassol.

It is under the guise of this temple that the Russians are carrying out large-scale intelligence efforts in the region, aimed, among other things, at harming Ukraine.

Most interestingly, since 2009, the board of trustees at the St. Nicholas Church in Limassol has had a rather peculiar co-chair:  former head of the Russian State Duma Sergei Naryshkin, who is currently at the helm of Rusia’s SVR Foreign Intelligence Service.

Literally two years ago, in 2018, Priest Pavel Povalyaev was redeployed from Norway to the said parish. It is noteworthy that in Oslo, this cleric had been engaged in espionage together with Russian spy Dmitry Linov. That was until Norwegian counterintelligence nabbed the two and Moscow had to relocate both to Cyprus.

Thus, it can be safely stated that Russia, well ahead of the visit of Ecumenical Patriarch Bartholomew to Ukraine, is launching a massive information campaign, with the main purpose of disrupting it. To this end, a wide variety of information vehicles will be used – both of internal and external nature.

As I always say, forewarned is forearmed! Given the array of forces and means that Russia is now stepping up against Ukraine, I believe this is exactly the case.