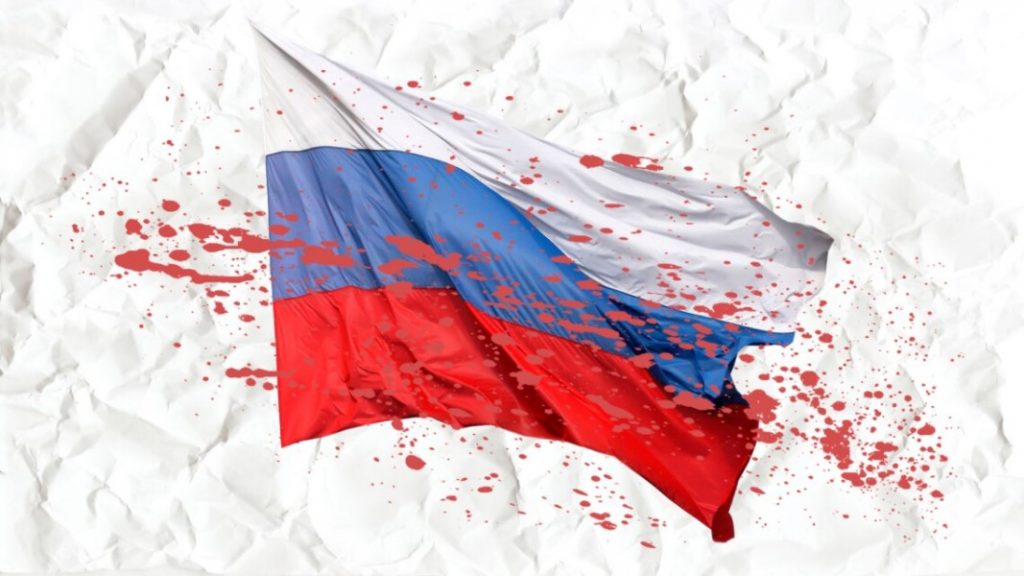 Throughout all stages of the existence of the Russian state, its key drivers were internal repression and external expansion, often combined with the genocide of the peoples who stood up against Russian invasion.

Russia is an artificially created country with an artificial people inhabiting it: the so-called Russians, who claim to be part of the Slavic ethnic group, are an amalgamation of different peoples living on the territory of the so-called “Russian Plain” and for centuries, under the conditions of wars, repressions and hardships, mixed with each other.

The centuries-old practice of internal terror, wars, and arbitrariness against the background of the relative weakness of the central government, has made the Russian people perceive violence and devastation as some routine phenomenon that just happened to accompany the genesis of Russian society from time immemorial.

Violence is the engine of Russian territorial expansion, thanks to which the Kremlin once controlled one-sixth of the planet’s land area. Territorial gains were accompanied by the genocide of indigenous peoples: in the period from 1790 to 1912, some 110 aboriginal peoples were wiped out in the Russian north, being either physically exterminated or led to dying out by hooking them up on alcohol – an especially deadly poison for paleoarctic ethnic groups.

Russian society is a victim of inhumane socio-political experiments dating back to Genghis Khan conquests and now continuing in Putin’s Russia. The essence of these experiments is the same: violence, repression, absolute dictates by the central government with total disregard for human rights and freedoms, which are seen as a threat to Russian statehood.

These experiments have led to the degradation and stupefaction of the Russians. The overall IQ of the Russian population is below 70. The situation is aggravated by massive alcohol abuse, which in many regions has become disastrous. Demographic decline against the background of rising migration rates, which turned into a real exodus in the spring of 2022, sets ground for the fall of the so-called Russian civilization as such.

Putin is a modern-day analogue of Hitler, who unleashed the most massive war since 1945, accompanied by the genocide of Ukrainians on ethnic grounds. Hitler sought to achieve greatness for the German nation at the expense of exterminating other nations, which brought him to a catastrophe of 1945. Germany’s population today is 30% composed of people representing ethnic groups, which had no right to exist as per the Nazi ideology. Today, Putin sought to restore Russia’s historical greatness by unleashing a full-scale war against Ukraine – and faced an unprecedented package of sanctions, international isolation, and total tactical collapse at the front lines, which in the future will lead to riots in Russia and further impoverishment of population.

1922 was a significant year for the Russian state. The USSR opened a brand new page in the history of repressions targeting own people. As a result, Russia lost those few worthy citizens raised in the Russian Empire, while the repressions led by Joseph Stalin in the 1930s stripped the country’s army and scientific circles of their best men and women, which, against the backdrop of the Nazi invasion, almost led to the complete seizure of the USSR by Germans.

The notorious “Russian world” as an attempt at Russia’s cultural expansion is a miserable, primitive phenomenon, which has proved absolutely uncompetitive even compared with the cultural heritage offered by much smaller nations, such as Poland. Despite the huge funding allocated for the development of its culture sphere, Russian movie and music industries continue to copycat someone else’s ideas, offering nothing innovative.

The Russian economy, based on raw materials, is smaller than the Spanish economy in terms of GDP. The latest sanctions have made it hostage to China, which is already buying Russian oil for next to nothing and secretly leases vast territories of Siberia, which it is turning into a zone of ecological disaster.

Russian science and technology is either the West’s «second hand shop,» or a bunch of brazenly stolen ideas. The Russian government focuses on the promoting Russia’s imaginary greatness, primarily appealing to the country’s size in terms of territory, but size doesn’t always equal quality. For example, Russia has never produced cars that could stand anywhere close to foreign competitors, say the Czech, while Russia’s defense products are pretty much the ancestors of German R&D appropriated in 1945, developed by German specialists deported to the USSR en masse.

Russia’s foreign policy is all about blackmail and lies, diligently pursued by the Kremlin and practically turned into a cult. Centuries of internal terror and repression have left the Kremlin unable to adapt a any other ideology or management style.

Therefore, Putin’s Russia in its core is all about decline, degradation, and moral decay. The war unleashed against Ukraine has exposed these trends, bringing them to the surface. Russia is a civilizational disease, an ecumene of evil, manifesting violence as the driving force of its very existence. Offering the West its hyrdocarbons, the Kremlin mixes them with threats in order to achieve its despicable goals.

The prospects for Russia’s further development remain gloomy and uncertain. In fact, they constitute an attempt to revisit the Soviet totalitarian past and have no chance of being realized in the current geopolitical situation. Russian aggression in Ukraine faced fierce resistance from the country’s Armed Forces, as well as international outrage. Against this background, Putin has driven himself into a dead end and has no proper ways to retreat without losing face.

Putin has finally turned Russia into a dead-end branch of civilization. Zombifying the Russians with claims that everything is just fine in Russia, Putin’s criminal regime has gotten bogged down in corruption and a series of territorial seizures, absolutely outrageous by the standards of the 21st century. Russia is now a synonym for a nation of shame. The whole world associates the country with the concepts of violence and evil that must be eradicated for life to prevail on Earth.

A centuries-old «negative selection» has created today’s Russian society that supports the war and extermination of Ukrainians. The average “Russian” is a product of rabid propaganda and a totalitarian government system that has been molding a society incapable of critical thinking.