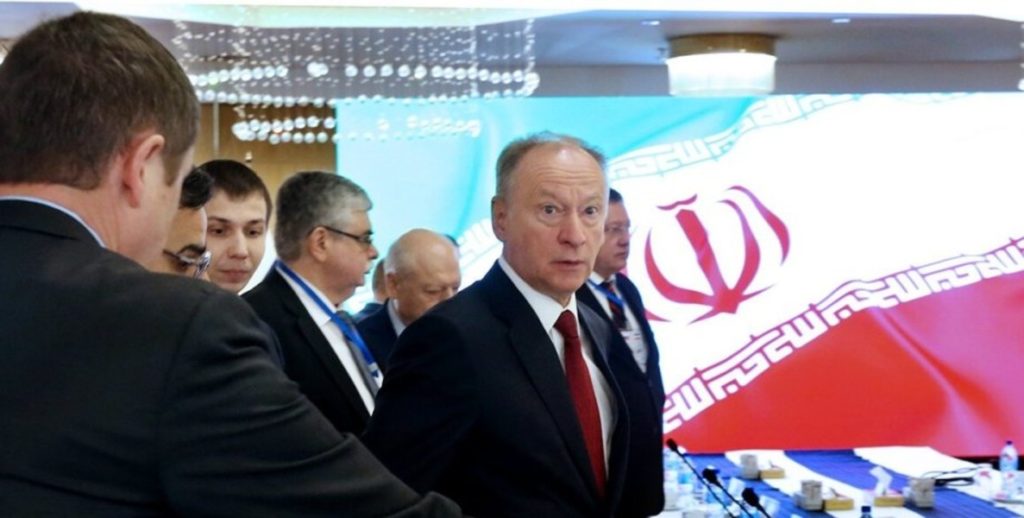 Russia has substantially depleted its stock of Soviet missiles with which it fires at civilian infrastructure and wants more than 1,000 ballistic missiles from Iran. Without them, the surrender of the Russian army in Ukraine will happen much faster. Iran is playing a very dangerous game by maintaining a dialogue with a terrorist state that China has officially turned away.

The purpose of the visit of the Secretary of the RF Security Council N. Patrushev to Tehran was to receive Iranian ballistic missiles. We are talking about Fateh-110 and Zolfaghar with a range of 300 km and 700 km, respectively. These missiles have a more destructive effect compared to the “calibers” and against them, Ukraine actually has no effective missile defense systems. Putin wants to receive a batch of such missiles before the cold weather intentionally, so that in December, during the first period of severe cold, deliver devastating attacks on the Ukrainian energy infrastructure. Before his visit to Tehran, Patrushev was instructed personally by Putin with clear instructions on the negotiations. Soviet missiles stocks in Russia have dried up significantly: according to some data, the Kremlin has only 30 % of stocks compared to pre-war times. Without missiles, the war with Ukraine will be lost much faster, thus Putin wants to delay the inevitable shame that will end his criminal invasion of Ukraine.

In mid-November, a meeting of the G20 countries will be held in Indonesia. Chinese Secretary General Xi Jinping has already announced a planned meeting with Biden. Earlier, the head of China confirmed his readiness to develop bilateral dialogue with the United States at the level of a “big countries”. It is obvious that Beijing does not see Russia among them. Cooperation with the Kremlin becomes not only unprofitable, it is toxic and automatically makes anyone who does not refuse to deal with Putin, who has led the genocide of Ukrainians on ethnic basis, persona non grata on the international stage. China has always been characterized by prudence and pragmatism in its foreign policy. It can be stated that Putin has already lost China as a real ally, and this was his greatest failure since 1999. This is a direct signal to Iran that cooperation with the Kremlin could spell disaster for Tehran: Russia’s defeat is inevitable, and current Putin’s actions are an agony that cannot stop his shameful ending. Russia is a terrorist state, and anyone who does not hesitate to cooperate with the Kremlin becomes a terrorist too, because now Putin is using every possible resource to cause the greatest damage: this became his idee fixe after the failure of the main idee fixe that he had been hatching since 1999, i.e. the capture of Ukraine. Tehran must understand that rapprochement with the Kremlin will have dire consequences in the short term, because Putin’s ending will resemble Hitler’s ending, and Russia will be associated with shame and sanctions for many decades.

The supply of air defense systems is the key to the survival of Ukraine and to stop a large-scale war in the EU. If the sky over Ukraine is protected, this will significantly change Putin’s plans and allow Ukraine to survive in the most difficult winter since its independence. Russia was defeated in the conventional war, where it used the tactics of genocide and mass destruction of civilian objects and begins a new stage of the war with the help of terror methods. The West can easily neutralize Putin’s criminal intentions and prevent him from starting a new great war in the center of Europe. All that is needed for this is weapons for Ukraine, which will strengthen the Armed Forces of Ukraine and protect Ukrainian infrastructure before the winter.