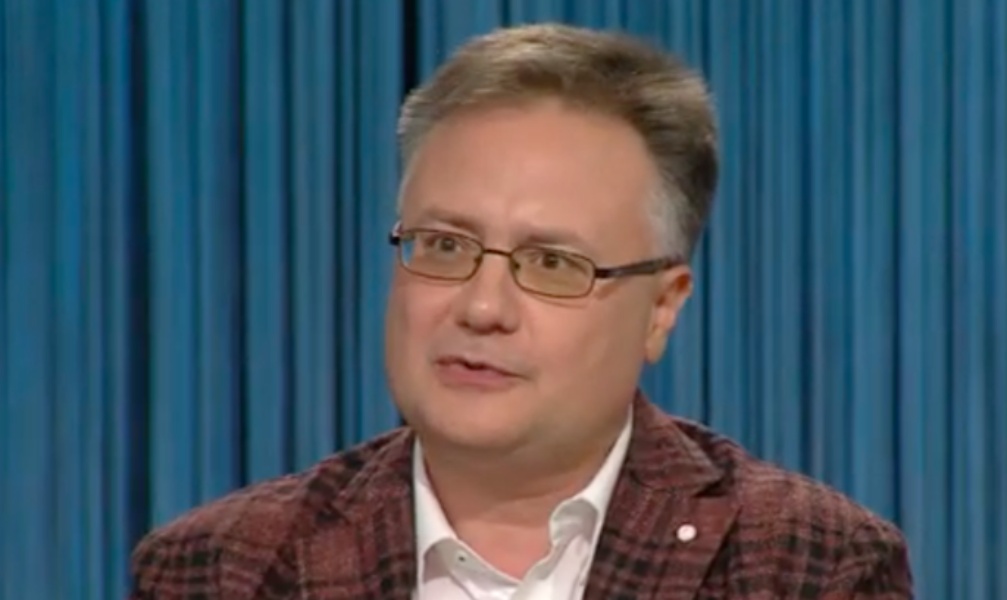 Putin has nothing to present to the whole world, except for hysteria, threats and outright bluff. Calling up even 300,000 for modern Russia is an almost impossible task. Most Russian patriots are patriots of the couch, writes Yevgen Tsybulenko, professor of law in his column for RusDelfi.

Few people know about this, but Nazi Germany set out on a path of “total war” only in 1943, after the defeat at El Alamein and Stalingrad. Nevertheless, as you know, this did not save the Nazis — the Third Reich was defeated over the next two years. This will not save the direct followers of the Nazis — Rushists. Yes, the war in Ukraine is not over yet, but the defeat of fascist Russia is already inevitable.

On September 21, Putin announced an alleged partial mobilization to continue the “SMO”. Allegedly, because the mentioned figure of 300,000 does not officially appear anywhere and the published documents make it possible to call up an almost unlimited number of people for service. This is the first mobilization in Russia since the end of World War II. In addition, Putin ordered the activation of defense production in Russia. He is preparing for a long and bloody war, both in Ukraine and abroad.

Putin’s decision on mobilization coincided with the announced “referendum” in the Russian-occupied territories of Donetsk, Luhansk, Kherson and Zaporizhzhia regions. Against the background of catastrophic losses in the ranks of Russian military personnel and the absence of visible successes at the front (especially given the hasty retreat of Russian troops from the territory of the Kharkiv region), the Kremlin will present these “referendums” as an interim victory of the “special operation”, which should satisfy the couch “jingos” and the war party. In fact, both decisions are proof of Russia’s weakness and Putin’s desperation.

After the shameful retreat of Russian troops from the Kharkiv region, Russia not only showed its weakness, but also actually betrayed a considerable number of local collaborators, not giving them the opportunity to leave the territory of Ukraine. Many of these people even managed to obtain Russian passports, which, together with cooperation with the occupying authorities, means that they inevitable will criminally responsible. It became obvious that in case of a further offensive by the Ukrainian troops, a huge number of local traitors would appear in the Ukrainian court, and Putin would become a political Judas for them. The President of the Russian Federation does not have sufficient resources to turn the situation at the front in his favor. His army is bogged down in positional, exhausting battles on a 1,000-kilometer front line; all of them, from homeless to convicts is called up in Russia. The Russian army showed its absolute weakness, the archaic tactics and obsolete Soviet weapons. Here Putin found himself in a lose-lose situation: to leave Ukraine under the pressure of the Armed Forces of Ukraine and provoke protests in Russia, or to start full mobilization and declare war on Ukraine. Both options are disastrous for Russia.

Putin chose the visibility of a compromise for the Russian society: the “partial” mobilization mentioned above with the proviso that only reservists with a military experience will be called up for service. In fact, the selection criteria are unclear: in fact, anyone can be mobilized, and there will be criminal prosecution for refusal. In fact, Russia returned to the deep Stalinist times, when a person’s life meant nothing. The Kremlin with its clowning adoption of military amendments to the criminal code, condescending consent to “accept into the Russian Federation” the residents of the temporarily occupied territories of Ukraine, followed by the announcement of “partial” mobilization are links in the same chain and a well-planned scenario for concealing Russia’s total failures. The forced inclusion of Ukrainian territories will provide Putin with the opportunity to declare them part of Russia, continue the offensive on adjacent territories, declaring a threat to the territorial integrity of the Russian Federation and threaten with a nuclear strike if there is a danger to “Russian territories” and “Russian people”.

The irony is that, in fact, Putin has nothing to present to the whole world, except for hysteria, threats and outright bluff. Calling up even 300,000 for modern Russia is an almost impossible task. Most Russian patriots are armchair patriots, who in light of recent events have already bought up all the tickets to Istanbul, Yerevan and other available destinations. The most common requests in the Russian segment of the Internet are “how to leave Russia?” and “how to obtain deferment of call-up to the army?” These conscripts will be able to use only the T-55 tanks, given the fact that, for example, an archaic T-62 tanks were removed from storage for the regular army, and the military industry cannot not only produce new equipment on an industrial scale, but even repair damaged equipment due to sanctions. As a result, untrained personnel with obsolete vehicles will become nothing more than cannon fodder sent to the slaughter.

The SCO Summit in Samarkand was also a “cold shower” for the Kremlin’s dictator: almost all members of this organization showed disregard for Putin. In the West, Russia has long been marginalized for many decades. But Putin has already gone too far: he has realized the disastrous nature of his adventure of February 24, but he has no possibility of an adequate retreat. Therefore, he prepared to go all the way. Moreover, the question is not whether war will be officially declared or not, whether it is partial or complete mobilization. He will fight as long as he has the resource to do so. Even if you have to kill half of Russian men at the front. Even if you have to destroy the Russian economy, industry, become a huge clone of the DPRK, Putin has already informally agreed for all this. Only an internal rebellion, primordially Russian one, senseless and merciless, can change this situation. When everyone realizes what a catastrophic situation Russia has found itself in because of the manic ambitions of a single person. If this does not happen, Putin’s evil must be stopped and defeated in Ukraine. There can be no other options, because this is a matter of the continued existence of the civilized world.

But, what about the forcibly mobilized Russians? There is only one way out — to immediately surrender. How to do it correctly can be read.

After surrendering, in order not to end up in prison after returning home, you can enlist in the Freedom of Russia Legion, which is part of the Armed Forces of Ukraine, and, with arms in hand, begin the fight against Putin’s dictatorship.