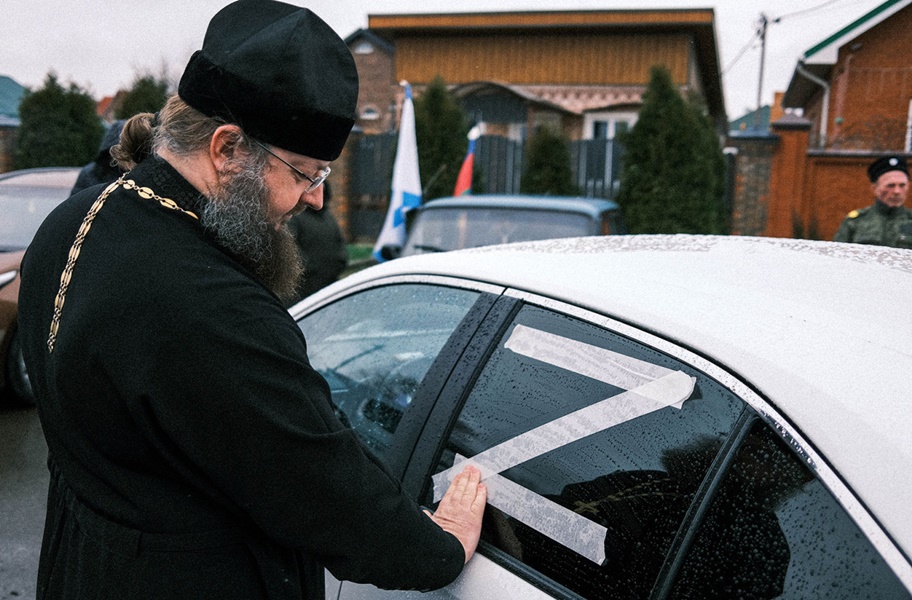 Lithuania’s parliament has approved a ban on displaying the Russian military ‘Z’ symbol following the war in Ukraine. MPs voted on Tuesday to outlaw public displays of the letters ‘V’ and ‘Z’, the black and orange Georgian ribbon, and other symbols to express support for the invasion.

Anyone found guilty of promoting or disseminating symbols of «military aggression» can face fines of between €300 and €700.

The punishment rises to between €600 and €1,200 for the head of companies that display the banned symbols and increases for repeated offences.

The Russian military symbol has now been outlawed in Lithuania in the same way as Nazi and communist symbols.

MPs say the amended law targets «totalitarian or authoritarian regimes» that use symbols to promote «military aggression, crimes against humanity and war crimes».

«There are no more specific provisions on symbols and letters, but the police will have the possibility to impose a fine for the display of an even wider range of pro-aggression symbols,» said Freedom Party MP Monika Ošmianskienė, who tabled the law.

«What is very important is that military aggression, whether carried out in the past or not, is left out.»

A total of 124 lawmakers voted in favour of the ban on Tuesday, while one MP voted against and there were two abstentions.

In the last month, the ‘Z’ symbol has become a common sight on Russian military vehicles and pro-Kremlin social media accounts to show support for the invasion of Ukraine. 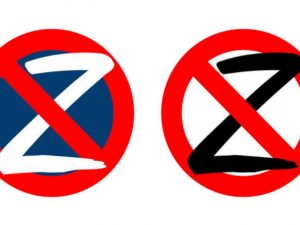 The orange and black ribbon of St George has also been used by pro-Russian separatists in eastern Ukraine since 2014.

Ukrainian Foreign Minister Dmytro Kuleba had called for a universal ban on the political use of the symbols, prompting a response in some European Union countries.

Latvia’s parliament approved a ban on displaying the letters ‘V’ and ‘Z’, while some German states have said that public displays of the letters could constitute criminal acts.

«This is an important preventive step because Russian war propaganda is not tiring and is looking for all sorts of ways to distort our people,» she added.

«It is also an expression of support for the Ukrainians who are fighting for freedom, as well as for those who have fled the war to live here.»

Some lawmakers had expressed concerns that Russian military symbols could soon be widely displayed on 9 May, to mark Moscow’s victory over Nazi Germany in World War II. 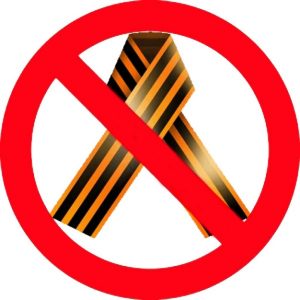 Social Democrat MP Linas Jonauskas — who also proposed the legal amendment — said he was «pleased» that the ban had been approved by parliament.

«The symbol ‘Z’, the symbol of the Russian military invasion of Ukraine, is increasingly becoming an instrument of terror,» he wrote on Facebook.

«Now law enforcement authorities will have all the power to stop the provocations, and those vandals whose hands itch to write symbols glorifying Russia’s military aggression on the walls will face a much heavier fine,» he added.