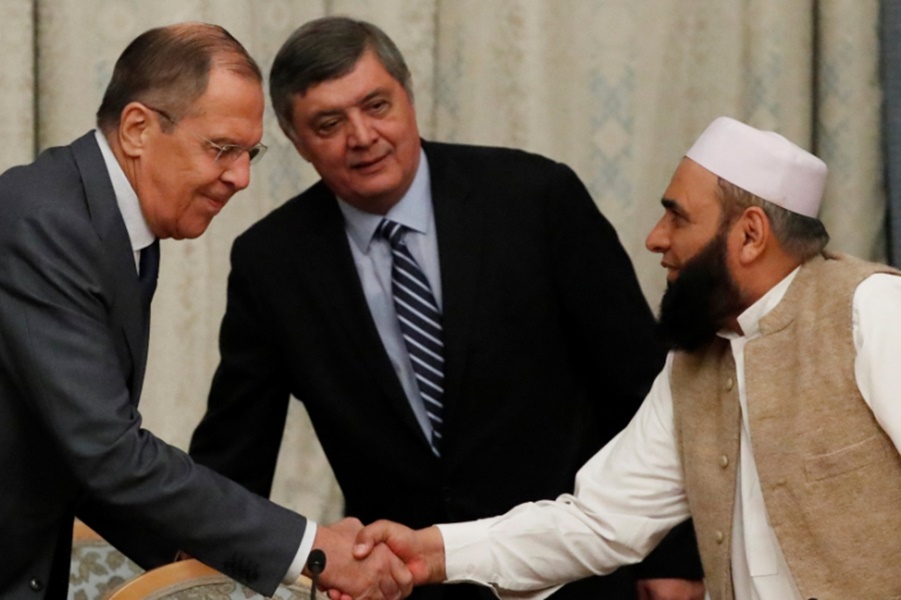 As the Joe Biden administration came, Russia has been eager to wipe out a charge of bounties the Taliban received for killing coalition militaries by involving the Taliban in blanking out the Kremlin’s face.

On January 29, a spokesman for the Qatari Taliban political office, Sher Mohammad Abbas Stanekzai, made an effort to deny the fact the Taliban had got Russian bounties. The topic became hot again in the aftermath of President Biden’s first telephone conversation with Vladimir Putin in January 2021. The Trump administration turned out to remove it from the agenda over insufficient evidence. Joe Biden, however, put it back on the list of priorities in relations with Moscow. Moscow’s effort to engage the Taliban leaders in denying the charge reveals Moscow was involved in such payments.

Stanekzai made a statement at a press conference at the ‘Ukraine’ Hotel in Moscow. At the same time A Taliban delegation led by Mullah Abdal Ghani was in Iran.

He was born in 1963 and studied in military school in India at the 70’s. Stanekzai took an active role in Soviet-Afghan war, fighting with Nabi Mohammadi’s Harakat-e Inqilab-e Islami and Abd ul Rasul Sayaf’s Ittehad-e-Islami, as commander of its south-western front (although which he fought with first is contested by different sources). (Harakat is the mujahidin faction considered closest to the Taliban both in terms of worldview and personnel and included Mullah Omar in its ranks).

He is a rare leader in movement, because he didn’t have a regular madrasah education. He was Deputy Foreign Minister and Deputy Health Minister during the Taliban era. Stanekzai can speak 5 languages and he served as Taliban’s Political Office Chief between 2015-2019. He speaks fluent English, Urdu, Pashto and Dari. 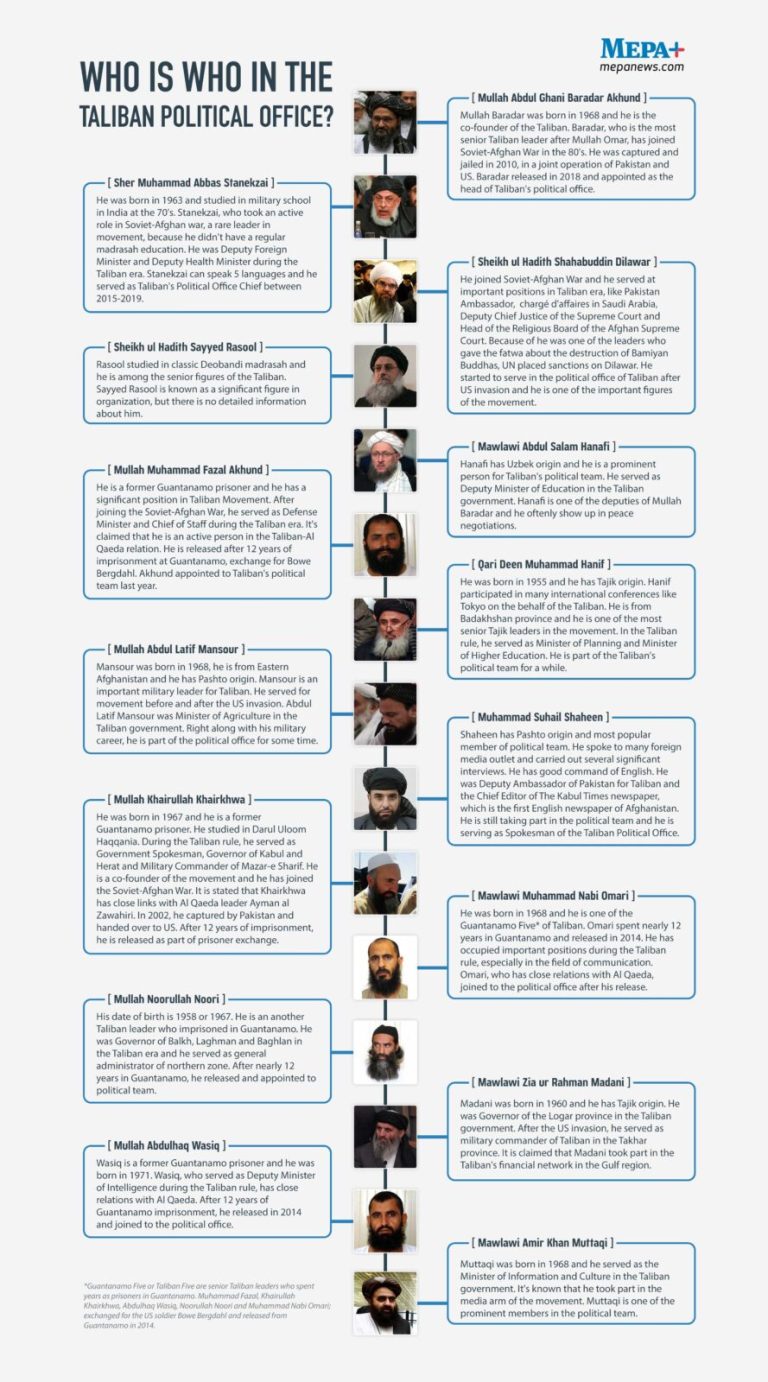 When the Taliban were in power, Stanekzai served as deputy minister of foreign affairs and later deputy minister of Public Health. The Western official who negotiated with the Taliban on aid described Stanekzai as, ‘a bit of an outsider, not fully trusted by foreign minister Muttawakil and hence often in need to assert his position within the MoFA’. Unquestionably, though, Stanekzai is also remembered as an official deemed ‘presentable’ enough by Kandahar to be often assigned to entertain foreign visitors and occasionally give media interviews in English. He was Kate Clark’s next-door neighbor in Wazir Akbar Khan during that period.

Mohammad Abbas Stanekzai visited Moscow several times. He paid formal visits to Moscow in November 2018, February 2019, and January 2021. Moreover, from August 7 to 10, 2018, Stanekzai led a delegation of Taliban officials to Uzbekistan, where he had a four-day talk with people from Uzbekistan and Russia, the Defense Attache office in Tashkent, in particular. The Russians were also present at his meeting with Uzbekistan’s special representative to Afghanistan Ismatilla Irgashev.

Stanekzai was also part of Taliban delegation that traveled to Moscow and held talks with Russian officials, a week after the United States abruptly called off a yearlong peace dialogue with the insurgent group over U.S. troop presence in Afghanistan. Russian media quoted Taliban political spokesman Suhail Shaheen as saying that his delegation had met with Russian presidential envoy for Afghanistan and Russia’s intelligence officer in parallel Zamir Kabulov, and discussed “the recent developments regarding the peace process in Afghanistan.”

In December 2017, Russia’s Foreign Minister Sergei Lavrov openly admitted that Russia is in contact with the Taliban.

We believe the Russians established contact with Stanekzai through the Mullah Omar’s faction of the Taliban in the mid-2000s, Moscow was engaged with both through military intelligence and through Pakistan.

Russia and Iran have always tried to ruin the peace-talk process because they deal with Afghanistan as an area of geopolitical competition instead of focusing their efforts to end the decades-long insurgency.

The Taliban’s visit to Moscow after the cancellation of talks has been at the request of the Russian authorities so that once again the Taliban and the Russians can make a stronger commitment to fighting against Afghan and international forces.

The statement by Stanekzai on Russia’s non-involvement in the bounties was undoubtedly made at the request of the Russian side as interaction between the Taliban and the Russians.

Relations between Afghanistan and Russia have been deteriorating as the Kremlin is strengthening relations with the Taliban while excluding the legitimate Afghan government from “peace talks” in Moscow. According to Gulalai Sapi, an Afghan senator, Russia and some other regional powers do not see their interests in the peace process in Afghanistan.

Following joint exercises with Tajikistan, part of the equipment and military hardware is just left behind, and then it turns out already in service with the Taliban. We observed a similar scheme for weapons supply in Syria when the weapons were transferred to ISIS in the area of Palmyra.

Russia has troops stationed at two facilities in Tajikistan — Dushanbe and Bokhtar (formerly Qurghonteppa) — although they are collectively referred to as Russia’s base in the country.

On May 28, 2019, Russian Defense Minister Sergei Shoigu paid a visit to Tajikistan. Shoigu’s visit came exactly a week after that by the head of Russia’s Federal Security Service (FSB), Alexander Bortnikov.  The main topics of the negotiations were equipping the Russian military base in the country with new weapons and modernization of the Tajik armed forces.

Russia’s Foreign Minister Sergei Lavrov pledged support for the Taliban, indicating the Taliban performed significant services for the Russians. For such a stance, Moscow should receive more than just guarantees of support in the region. There are grounds to assert, therefore, the Taliban provided Russia with their forces and means  for military efforts in Afghanistan to serve the Kremlin‘s interests. Those efforts might be attacks on coalition forces by the small-cut tactics that added to the growth of public mood in the United States and among its coalition allies against taking part in military campaigns abroad and downgrading the national governments in  these countries.

The meeting with the Taliban delegation in 2019 was held at the President Hotel in Moscow. The Dialogue of Nations was also held there. The Right of Peoples to Self-Determination and Building a Multipolar World was held in the same location, which united separatist movements and organizations supported by Russia. The President Hotel conference hall is controlled by the RF Presidential Office.

The statement by Stanekzai on the Taliban’s non-involvement in the Russian bounties, therefore, stems from the Kremlin’s request to wipe out charges against Russia using the Kremlin’s contacts with the Taliban through political and military communication channels.

The Taliban movement is eager to strengthen its hand in negotiations, having received the support of regional powers such as Russia, China, Iran, as well as Central Asian countries. Moscow pledged to get support from Tajikistan, Uzbekistan, and also to act as a mediator in the dialogue with Iran and China.

The Institute for Global Threats and Democracies Studies (IGTDS) 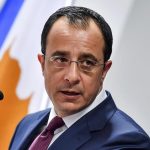 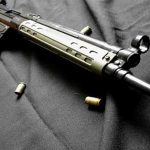 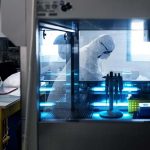 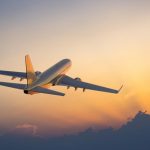