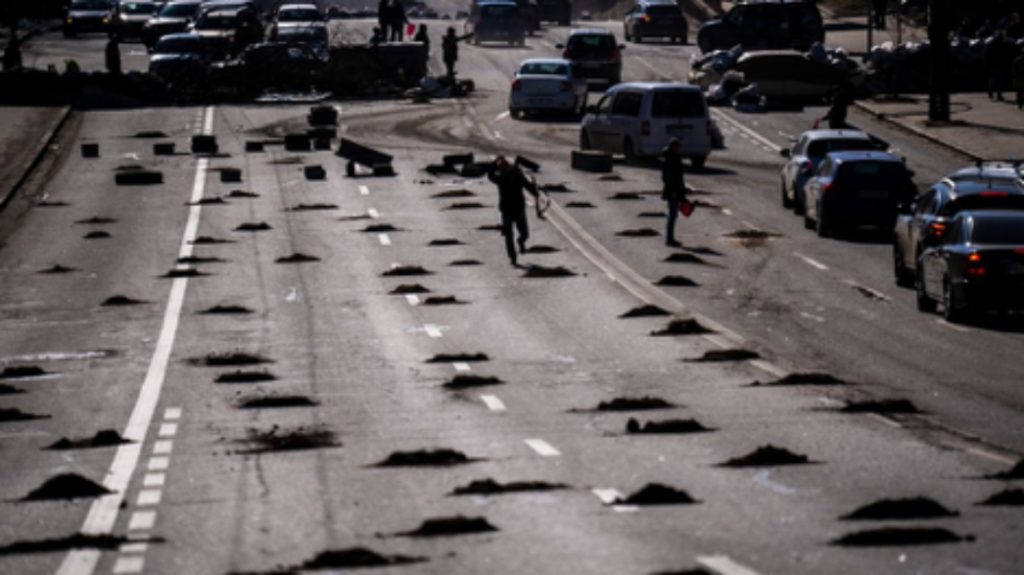 At one time, Europe tried to flirt with Hitler, hoping it would help to avoid the war. As a result, this led to World War II. Putin’s Russia is a much more dangerous phenomenon compared to Nazi Germany, because it has a nuclear arsenal, a huge territory, a resource base and a large population. It is a source of unprecedented geopolitical and military challenges that can only be neutralized by radical means.

On January 14, Russia carried out another massive missile attack of Ukraine. 20 people died, as a result of the Kh-22 missile hit a residential building in Dnipro. This number may change, because about 200 people are still under the rubble. Dozens of injured were hospitalized. This is another Putin’s bloody terrorist attack, Russia’s war crime, which once again confirmed its status as a terrorist state. Russian missile strikes on Ukrainian cities are acts of terrorism, and the Kremlin is an analogou of Hamas with nuclear weapons. While the international community tried to flirt with Putin’s Russia and turned a blind eye to its bloody expansion into Ukraine, which began in 2014, an unprecedented threat to all humanity arose: Putin is preparing for war against all civilized humanity, ignoring any rules. It is still possible to stop it only by force.

The Kh-22 missile has enormous destructive power and possible trajectory deviation is about a kilometer, as in the USSR this missile was designed for carrying a nuclear charge, when deviations of hundreds of meters have no practical significance. The use of such missiles is in itself a war crime. For example, on June 27, 2022, Russia fired Kh-22 missile into the Amstor shopping center in the city of Kremenchuk, killing 20 and injuring 56 civilians. It was deliberate attack: with the aim of intimidating and demoralizing Ukrainians, spreading panic. Ukrainian air defense cannot intercept Kh-22 missiles: about 3,000 of them were produced in the times of the USSR. It is difficult to say the exact number of these missiles, which are still in the RF’s warehouses. But it is obvious there are hundreds of them, and the missile terror of Ukraine can last for years. The delay in the provision of modern Western anti-missile and air defense systems means hundreds, even thousands of Ukrainian lives. Putin does not care about conventions and his current goal is the genocide and destruction of Ukrainians, their expulsion to Europe or forced deportation to Russia, the destruction of Ukrainian cities.

Another important thing is Kh-22 missiles usage is typical acts of terrorism, because they are aimed exclusively at civilian objects, not even critical infrastructure, but simply at residential buildings. In this regard, it is the same as the Hamas’ activity, which had been carrying out terrorist attacks in Israel for decades, blowing up houses, shops, schools, and kindergartens. Putin’s Russia is an updated version of Hamas with nuclear weapons, a fanatical, exalted society, poisoned by propaganda.

Modern Putin’s ideology is Nazism with an admixture of religious fundamentalism — Orthodoxy in its exalted form in the service of the Kremlin. This is an existential threat to the entire world. If the West had reacted properly in 2014, when Putin began expansion in Ukraine, the tragedy of a full-scale invasion would not have happened.

Russia can be stopped only by radical and urgent means: tough sanctions, complete international isolation and comprehensive support of Ukraine, which actually defends Europe from barbarians. The West still has what it takes to critically exhaust Russia, but if the last will be able to adapt to the realities of “war against all” and adapt its economy, humanity will face a tragedy. Delays in the provision of air defense and missile defense systems for Ukraine mean thousands of innocent victims. The shelling on February 14 proved that Russia is beginning to use ballistics against ordinary residential buildings. This is a genocidal tactic, but Putin does not pay attention to any conventions. It can be stopped only by force. Ukraine has not anti-aircraft defense that can shoot down Kh-22 missiles, of which there are hundreds, perhaps thousands, in various modifications in Russia. These missiles are not capable of changing the situation at the front in favor of Russia, but they are capable of causing huge human casualties. The West must not allow Putin to start the biggest genocide on national grounds since 1945.