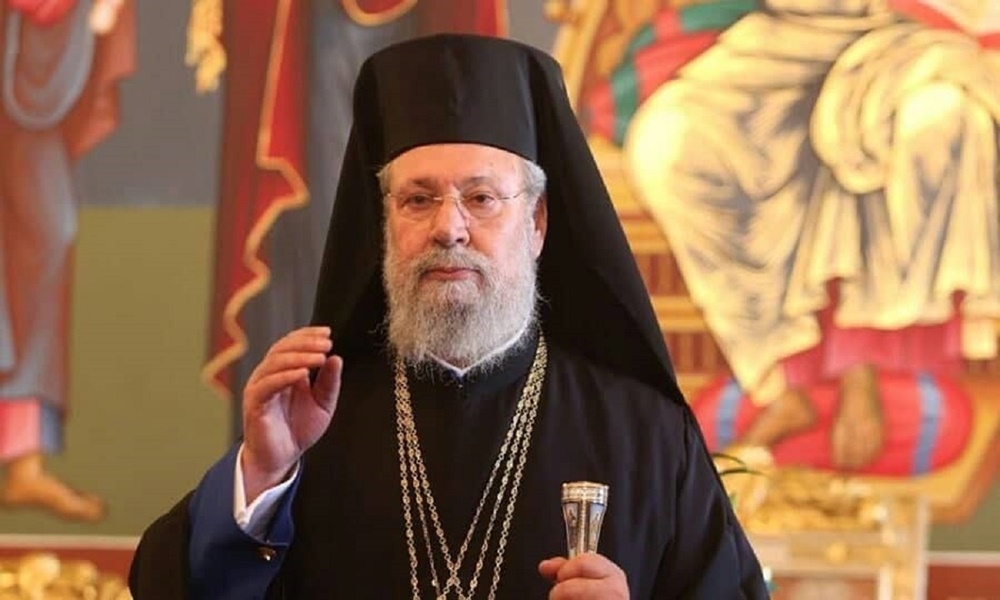 Archbishop Chrysostomos of Cyprus was once again scathing in an interview, talking about his relations with the Metropolitans who oppose the recognition of Metropolitan Epiphanius of Kiev, stressing that their decision not to co-operate with him puts them out of the Church of Cyprus.

“I told them that while they knew I was sick, why did they never ask, ‘Hey brother, how are you? Do you need some help?” They never asked me and they came to protest because we didn’t remain neutral on the Ukraine issue. I told them that there are volumes in the Ecumenical Patriarchate and anyone can see them. Ukraine never belonged to the Moscow Patriarchate. If they don’t want to cooperate, it’s ok, but I told them that they are out of the Church of Cyprus. I told them, “You are not members of the Church of Cyprus. You are Protestants. Will everyone make a church of his own? You are wrong, gentlemen.” The Metropolitan of Limassol came and we co-operated with his assistant. The only ones who remained are the Metropolitans of Kykkou and Tamassos,” he stated in an interview published by politis.com.cy.

The money and the Russians

Kirill is in a frenzy

Referring to Patriarch Kirill of Moscow and the fact that he stopped commemorating him, he said that “the day before yesterday, Metropolitan Ilarion of Volokolamsk was in Cyprus, and I asked him why Patriarch Kirill stopped commemorating us. Did we become Catholics or Protestants? Did we change our religion? Since he speaks Greek, I asked him if he understood the word “paroxysm”. He told me that he understood paroxysm as a strong disagreement.

So, I told Ilarion to tell Patriarch Kirill that he should give up his mistakes and start commemorating us. We are commemorating him, I send him letters and he replies.”

According to the Archbishop of Cyprus, Metropolitan Ilarion promised him that he would tell this, however he expressed his doubts. “Kirill has pressed all the Metropolitans down. He is very selfish and the Metropolitans are afraid to be close to him. I had many fights with him because he was wrong. I realized that in the past the Church of Russia was under communism and the Russians Metropolitans couldn’t talk because they did what the Secretary-General of the Party told them to do.”

Mr. Chrysostomos added: “You think communism doesn’t exist. Where communism was born, communism died, but the communist mentality remains. Russians have nationalism now and they are projecting their Slavic origin. But the Ukrainians are Slavs too, and they hate the Russians because of their attack on them. It will take many years and a few generations to reconcile.”

He also stresses that in his opinion, Russia’s issue with Ukraine has never been an ecclesiastical one, it is highly political and does not only concern Ukraine, as Russia has occupied parts of Georgia, Ukraine, Poland and Romania.

“Wherever Russia had borders, it expanded. And the Russian Church, in the days of the Soviet Union, put Russian metropolitans everywhere. They don’t consider the Patriarchate of Constantinople Ecumenical because they give importance to population. Until the 17th century, everyone was under the Ecumenical Patriarchate. The first autocephaly was given to the Church of Russia. Russia as a great country was pressing on and poor Constantinople was under the boot of the Muslim.”

He notes that he had once asked the Ecumenical Patriarch whether, when the Autocephaly Volumes were issued, they also defined borders, and he had answered in the affirmative.