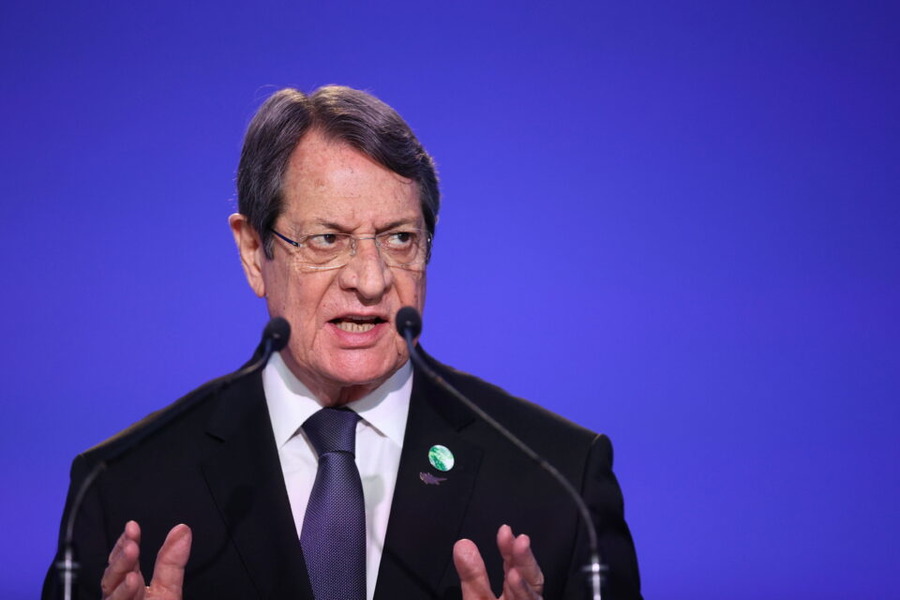 «It was my privilege to talk to Joseph Robinette Biden in the margins of the Euro-Atlantic dinner. Discussed situation in Ukraine. I underscored that all EU and NATO countries, respectively, should join the Russia sanctions, if the latter are to be effective», — wrote the president of the Republic of Cyprus Nikos Anastasiades on his Twitter. 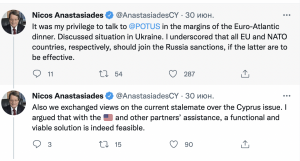 In addition, according to the president, the conversation also took place around the Cyprus problem.

«Also we exchanged views on the current stalemate over the Cyprus issue. I argued that with the USA and other partners’ assistance, a functional and viable solution is indeed feasible,» — Anastasiades said.