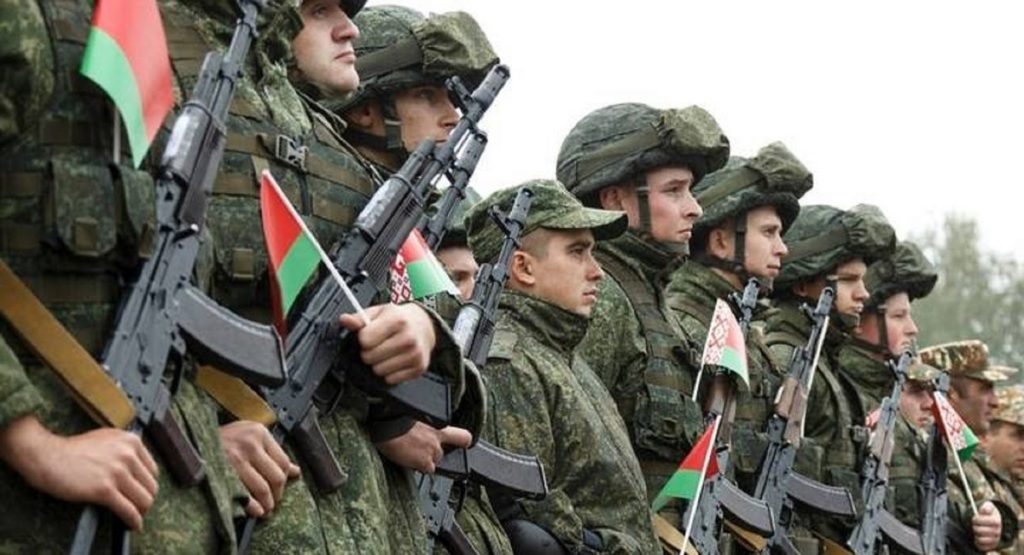 Since the beginning of Russia’s full-scale invasion of the territory of Ukraine, Lukashenko’s Belarus has been actively supporting the Russian army, so far without entering into an armed conflict. From the first days, convoys of Russian forces attacked Ukraine from the territory of Belarus, which since that moment in the world has been called a «satellite of the Russian Federation.» Belarusian bases of fuels and lubricants and hospitals were used to provide the rear needs of the Russian army units near Kyiv. Belarus continues to make its territory and airspace available for enemy shelling of Ukraine.

But this is not enough for the Russian leadership, and they are trying to do everything possible so that the Belarusian army would also cross the border with Ukraine. Provocations by the Russian special services at Belarusian facilities in order to involve Belarus in Russia’s war against Ukraine are also not ruled out. On the backdrop of significant losses, Russia is interested to turn the Belarusian military into additional “cannon fodder” for Putin in his harsh genocide against the Ukrainian people. The question of the participation of the Belarusian army in the conflict at the talks between Lukashenko and Putin simply could not but be raised, since Russia has an obvious shortage of manpower, which it will try to fix at the expense of Belarus.

The self-proclaimed president of Belarus is still manoeuvring, trying to avoid direct aggression against the Ukrainians, but at the same time, he continues to keep the border regions of Ukraine in suspense. Lukashenko has many reasons for not launching an open invasion of Ukraine, and only one reason why he can do it. And this only reason is pressure from the Russian dictator Vladimir Putin. The Russian invaders are going to run the Belarusian military though the border with Ukraine, following them with barrage detachments in case the Belarusians do not fight for the interests of the Kremlin dictator Putin.

The entry of Belarus into the war does not make sense. Belarusian forces are too few for a radical change in the Russian-Ukrainian conflict, but the possible consequences of such actions can be catastrophic.

Lukashenko is already an accomplice of war criminal Putin. In Ukraine, no one will forget that missiles and combat aircrafts are flying from Belarus to Ukrainian cities. Belarus is actually the rear base of Russian aggression against Ukraine. But if the Belarusian troops cross the border, it will finally alter the relationship between the friendly Ukrainian and Belarusian peoples for decades.

Over 30 years of diplomatic relations between Belarus and Ukraine, there have never been contradictions that could not be resolved. For all the years of independence, the Belarusian army has never fought. At the same time, the Ukrainian army has shown that it is capable of fighting and doing many things quite effectively. Even dictator Lukashenko repeatedly noted that.

Ukraine has never threatened Belarus and is not threatening now. The Belarusian military has no legal grounds to invade the territory of Ukraine. Moreover, this is directly prohibited by the current Constitution of the Republic of Belarus. The right not to carry out knowingly criminal orders is guaranteed by law.

Therefore, the Belarusian military contingent involved in Ukraine on the side of Russia will only bring shame, humiliation, blood, death and the position of a pariah nation for the entire Belarusian people. Not everyone will return from Ukraine alive. Thus, the best prospect for the Belarusian military, who will still be forced to go to the death, is to immediately surrender to the Ukrainian army.

As an actual accomplice of the Russian aggressor, Lukashenko’s Belarus should be held accountable for participating in the war against Ukraine and deserves even more ambitious sanctions. However, Belarus still has a chance not to completely disgrace itself and not to send its military to fight against Ukrainians and die on Ukrainian soil.