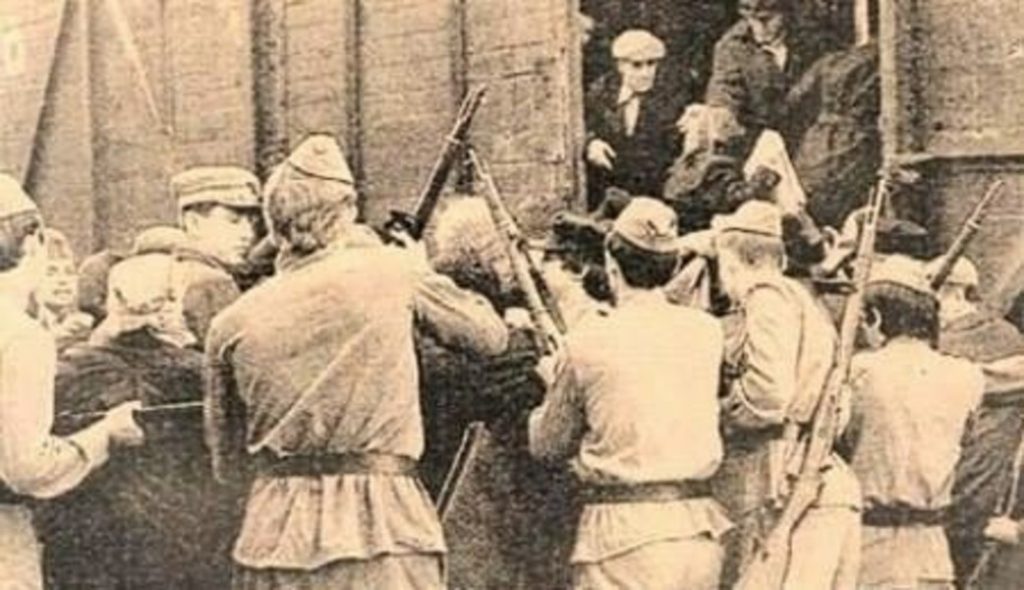 “The situation in the special operation zone is very tense, and difficult decisions can be made regarding Kherson,” the commander of the Russian troops , General S. Surovikin, said on October 17. Against the background of the offensive of the Armed Forces of Ukraine, the Russians began a forcibly evacuation campaign of Ukrainians from the right-bank part of the Kherson region: all main Russia’s propaganda resources called this event as “the flight of civilians from the Ukrainian army.” Russia spread the thesis that the Ukrainian side would commit a terrorist attack on the Kakhovska Hydroelectric Power Plant — and then a significant part of the right-bank part of Kherson region and Kherson itself would be flooded. In reality, this is a typical Russian lie and a reason to bring as many Ukrainians to Russia as possible because of the inability to retain the occupied territories. As of October 20, about 60 thousand Ukrainians from the Kherson region were moved to the Crimea and the Krasnodar Territory. Upon arrival, they are informed that there are not enough places for temporary residence, but there is an alternative in other regions of the Russian Federation. Thus, the actual forced displacement to remote and uninhabited regions of the Russian Federation is carried out.

One of the key reasons for the full-scale Russian invasion of Ukraine was Putin’s desire to increase the population of Russia. In 2021, there was an unprecedented decrease in the number of Russians — the largest since 1945.

After February 24, Russia forcibly removed from 2 to 5 million Ukrainians to its territory (according to various sources). Putin understands that the demographic crisis in which Russia finds itself is a fall of its economy and the collapse of social institutions. Thus, the Russian occupation administration kidnaps people in the occupied territories of Ukraine and forcibly moves them to remote regions of the Russian Federation. The empty houses will be populated by the Russians mobilized after February 21, who should become something like a military administration and “dilute” the local population that will remain at home. Putin actually adapted the Soviet model of forced resettlement of entire peoples, and now he is committing this crime in the occupied territories of Ukraine, taking tens of thousands of Ukrainians to Russia with impunity.