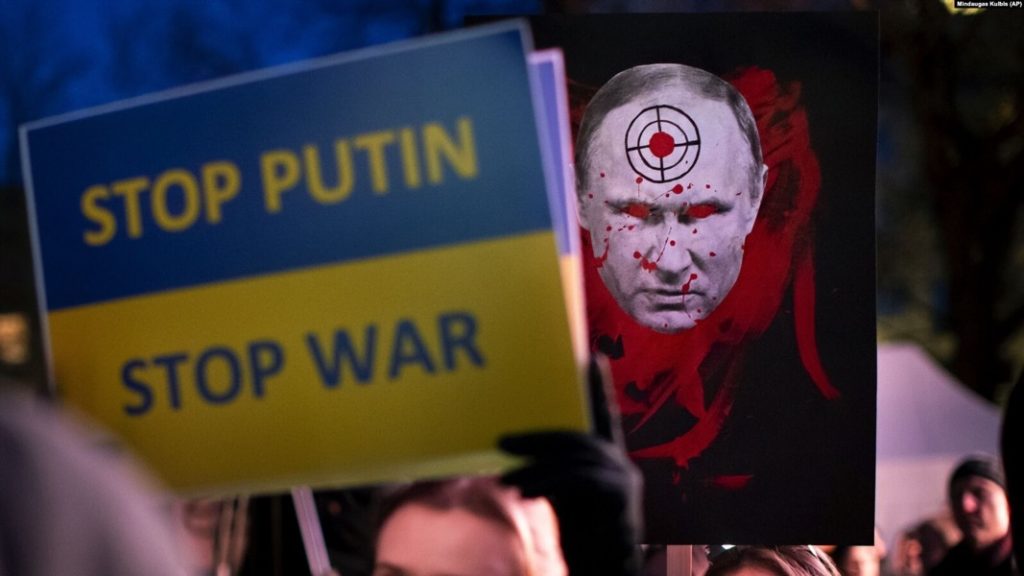 GENOCIDE — gen·o·cide /ˈjenəˌsīd/noun: genocide; plural noun: genocides — the deliberate killing of a large number of people from a particular nation or ethnic group with the aim of destroying that nation or group.

Firstly, we need to pray but most importantly we must not let the Ukraine to fend not only for themselves, but they are indirectly defending Moldova, Kyrgyzstan, Uzbekistan, Tajikistan, Armenia, Georgia, and maybe the EU.

The truth of the matter the cowards that do not stand up to this Satanic warped Vova Monster will always live in fear the rest of their lives. Will the west continue to watch this on news and gasp as this maniac continues the genocide (in essence almost to being an ethnic cleansing. The world watched and knew of same horrors to the Jewish during WWII, the Ukraine Holodomor, Rwanda, Sudan, Bosnia and Herzegovina, Cambodia, etc.

We must stop this now and stop crying about energy and stop funding the evil war machine that the EU allowed to spawn. The pathetic cowards of the west must face this diabolical madman, because he is not stopping him and eventually as aforementioned, he will continue the wrath to extend beyond Ukraine.

Don’t the west have any shame, with all the military power we have to finally admit that they wear panties while they put on a dress rather than pants. They simple have no balls or los cojenes. While they western leaders slip on their panties and pantyhose, you will allow this to happen to Ukraine and maybe you are all next.
I can not apologize for a truthful statement but all I can say to all of you in the EU and US how can you watch this and think equipment and money will help.

The fact of the matter and the truth if you do not stop it you are all next. You can run but you cant hide from a Terrorist State sponsored country, including Belarus. The Vova angry insecure turd will create an axis of evil, with North Korea, Venezuela, Cuba, and Iran, including China as a force augmentation to conquer defenseless countries, including and limited to you cowards in the EU. History repeats itself and it is just a matter of time. You guys will read this and in the future, you say, what that that guy stated was correct.

I hope I make myself clear and have probably said to much.

It is the truth and unfortunately the truth hurts more to those in denial, but bullets hurt more. Especially when freedom and democracy is at stake for the entire world.