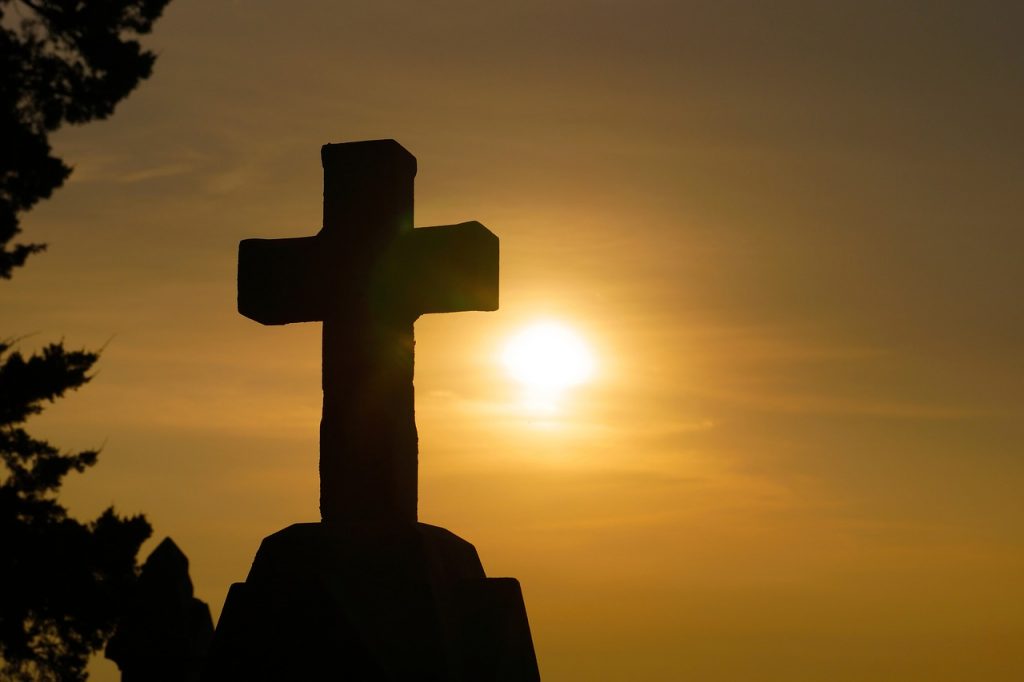 A huge scandal erupted over the “Russian Orthodox Church of Northern Cyprus” at the end of August 2019. The Russian-speaking parish, operating in the north of the island for more than five years, whose activity was told by the Cypriot edition “Philefteros”, is eventually described illegal and fraudulent. According to Cypriot media, issues related to operation of the Russian parish in the north are likely to be discussed at the Holy Synod of the Cyprus Orthodox Church (COC) on 5 September 2019.

The “Cyprus Daily News” get into details of this case.

Russian Orthodox Church in Northern Cyprus is a serious matter

On 19 August, the “Philefteros” published an article condemning a fact that a Russian-speaking Orthodox parish operates on the occupied territories of Northern Cyprus. The source also highlighted the practice of «liturgies» performed by Russians. The parish is headed by abbot Alexei Ivanov, who lives with his family in Northern Cyprus. He was ordained in August 2014 in the Odessa Metropolitanate, led by Metropolitan Agafangel of the Russian Orthodox Church Abroad (A).

The Russian Orthodox parish has its own website and accounts in popular social networks. It was reported that “liturgies” are held in the Church of St. George (Pano Kyrenia) and in the Church of the Blessed Virgin Mary in the village of Klepini (Turkish name Arapkay).

The “Philefteros” refers to the website of the Russian church, sharing the following, “it was formed on the basis of the Russian-speaking Orthodox community of Northern Cyprus, which was looking for opportunities to organize a full-fledged spiritual and functional life in Northern Cyprus.”

The news about the Russian parish was rapidly picked up by the Greek media, who suspected the Kremlin’s hand in organizing the activities of the Orthodox Church in Northern Cyprus. They expressed a view about the “call incoming directly from Moscow and threatening the autocephaly of the Church of Cyprus”, and also announced a Russian church invasion and propaganda of the occupied territories.

On the same day, several Cypriot and Russian media published an explanation of the press attaché of the Russian Embassy in Cyprus Alla Khanayeva, which stated that the church in Northern Cyprus was illegal. “We are closely monitoring the situation; we are in touch with the representative of the Moscow Patriarchate in Cyprus. The facts presented in the article “Philefteros” are not entirely true.”

The Bishops’ Council of the canonical Russian Orthodox Church deprived him of his rank.

The Archbishop of Cyprus, Chrysostomos II, spoke to the media and gave his explanations.

A week later, the Moscow Patriarchate spoke on the matter of the Russian Orthodox Church in Northern Cyprus. Due to Archpriest Igor Yakimchuk, secretary of the Department for External Church Relations of the Moscow Patriarchate for Inter-Orthodox Relations, “an article in Philefteros was published with the aim of spreading distrust among Cypriots towards Russia and the Russian Church.”

He noted that the publication contains a lot of discussion about the fact that there was a certain invasion of the jurisdiction of the Church of Cyprus, about actions against the territorial integrity of Cyprus. However, it is not indicated that this community has never had any relation to the Moscow Patriarchate

The Department for External Church Relations secretary pointed out that the Moscow Patriarchate is doing everything possible to organize «pastoral care» of believers in Cyprus. In agreement with the Church of Cyprus, the north of the island is regularly visited by a priest of the Russian Orthodox Church sent to Cyprus, who performs divine services there. One of his tasks is to establish contact with those who were misled by the schismatics and explain to them the perniciousness of the split”, Yakimchuk said.

The abbot of the Russian Orthodox Church in Northern Cyprus also answered all the accusations. (Quote from the link).

Who and what is behind the Russian Orthodox Church of Northern Cyprus?

An interesting fact that participants of the topic under discussion turned their attention that the Russian Orthodox Church started its service in the north not yesterday, and not even this year. On conformity with the abbot Alexei Ivanov, the parish was organized in 2013, although on the parish’s page Facebook 2014 is indicated as the year of the ordination of father Alexei.

Russian-speaking residents of the occupied part of Cyprus mentioned the liturgy in the north of the island all these years. The official registration with the transfer of the church building took place in February 2019, as reported on the parish website.

“I would like to thank the administration of the Turkish Republic of Northern Cyprus, which meets the needs and wishes of the Russian-speaking community living in Northern Cyprus,” the church’s abbot quotes the portal. “And also express special gratitude to our benefactors and assistants who made it possible to officially register our Orthodox parish and receive temple under services. «After the information about the signing of the contract, there is a detailed advertisement of the upcoming events. The article is written in a friendly, loyal tone.

However, already in August, after the scandal erupted, the portal calls Alexei Ivanov a fraud, and the church in Kyrenia is illegal.

“Cyprus Daily News” spoke with an interlocutor who owned information, but wished to remain anonymous, who said that the «project of the Russian Orthodox Church of Northern Cyprus» from the first day was under the control of the Russian authorities and special services.

The source explained that the Russian special services allegedly had long planned to take control of the Russian-speaking community in the occupied part of Cyprus, which, according to various estimates, numbers from 10 to 15 thousand people, but did not want to spoil relations with the Cypriot government and annoy the Cypriot Orthodox Church:

— A small digression into history. In 1917, a revolution took place in Russia. Communists came to power and outlawed religion. The church was banned, temples and monasteries destroyed, most of the priests were killed or exiled to camps. A minority of priests escaped by fleeing abroad, where the Russian Orthodox Church Abroad was created.

In 1943, Stalin restored the Russian Orthodox Church as an additional tool for propaganda of the Soviet regime and population control. The church became an instrument of Soviet foreign policy. In the country, priests tracking and report on believers to the regime, and KGB agents are appointed priests, making the church one of the instruments of state suppression and control over society, it was aimed at external and internal propaganda and total surveillance of the population. 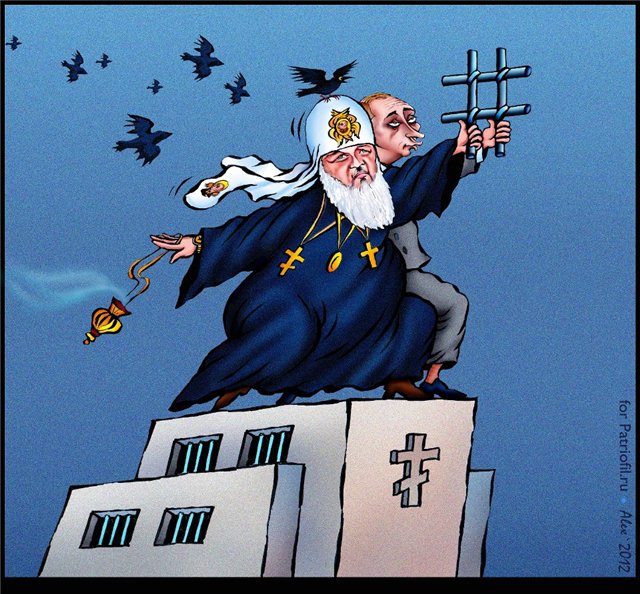 According to “Cyprus Daily News”, another informed source familiar with the religious situation in Cyprus, Aleksey Ivanov, abbot of the Russian parish, clergyman of the Russian Orthodox Church Abroad, head of the Orthodox parish and Russian community in Kyrenia, allegedly have close relations with the Russian special services. There is information that Ivanov was allegedly recruited by the state security agencies of Russia while studying in Moscow.

The source also noted that ex-president of one of the Cypriot parties met with Father Alexei several times during his visits to the occupied territories. The same politician allegedly publicly boasted to his compatriots that he was able to “solve any problem in the north of the island,” and that “the Russians in the northern part are under the control of the Russian embassy.” According to our information, communities in social networks of Russian-speaking residents of the occupied northern part are also under the control of this active and sociable politician.

Our source said that businessmen living in the Republic of Cyprus financially help Father Alexei. So, a Russian entrepreneur and an Orthodox philanthropist living in the south of the island allegedly paid the initial costs of rebuilding the church in Klepini and holding holidays. It is believed that abbot Ivanov is financially supported by another major Russian businessman and former banker, who is close to the leadership of the Russian Orthodox Church and Russian special services. Another Orthodox businessman, who comes from the Russian special services, who lives in the south, often visits Father Alexei and is rumoured to financially support him.

The abbot himself does not hide the fact that he receives help from patrons but does not disclose the names of benefactors. According to information from the parish website, donations to the church and monthly expenses can be made using ruble bank cards, from mobile phones of the Russian Federation, from Yandex Money, PayPal wallets, QIWI wallet and payment terminals in the Russian Federation. A cash donation at the temple is accepted in any currency.

According to the above-mentioned source, the appearance of the Russian Orthodox Church, which is not formally subordinate to the Moscow Patriarchate, is a classic hybrid method of the Russian special services in order to spread its influence over the occupied part of Cyprus. After the outbreak of the war led by Russia against Ukraine in 2014, Alexey Ivanov became a priest and headed the Russian community of the so-called Turkish Republic of Northern Cyprus. By these means Russian intelligence aim to intensify Moscow’s influence around the world.

Therefore, we can say that the autocephaly of the Cyprus Orthodox Church is threatened not so much by a single Orthodox parish in the north, but by a force with completely different interests.

Our source payed attention to another important point. The source noted that official registration of the “Orthodox Society of the Turkish Republic of Northern Cyprus” and the leasing of the Church of the Blessed Virgin Mary would have been impossible without some agreements between Russia and Turkey at the highest level. The source said that Russian and Turkish special services have been coordinating their activities in the region since the partnership between Putin and Erdogan and a complete understanding arose. 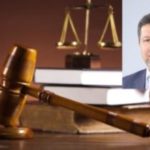 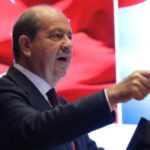 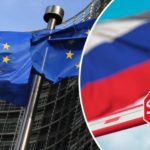 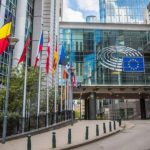