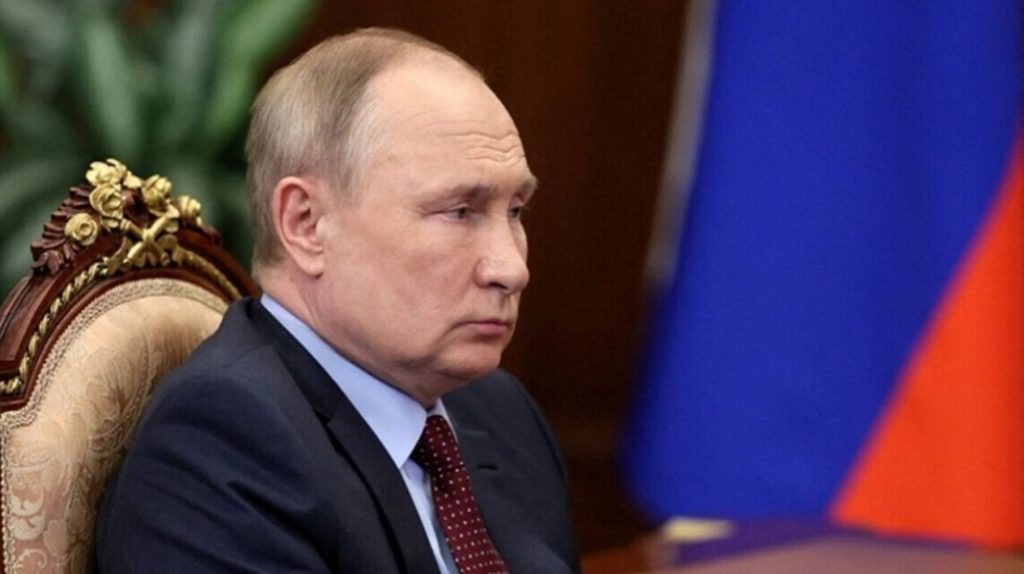 With large-scale missile attacks on multiple cities across Ukraine (Kyiv, Zaporizhia, Dnipro, Zhytomyr, Khmelnytskyi, Ternopil, Lviv, Kropyvnytskyi, Kremenchuk, Sumy, Kharkiv, and others) on the morning of October 10, Putin confirms Russia’s status as a terrorist state. Russia once again carried out an act of terror aimed at destroying Ukraine’s civilian infrastructure.

The Russian Federation has demonstrated that it is a terrorist state that fights not with the Ukrainian Army, but with peaceful citizens.
Putin hopes that by the start of the G-20 summit (November 15)m through massive missile strikes on Ukraine’s civilian infrastructure, he will have sufficiently intimidated Ukraine and the West so that they sit down at the negotiating table and bow down to his demands.
Instead of «decision-making centers», the Russian Federation is shelling infrastructure and civilian objects throughout Ukraine. Such a tactic will yield no results except for Russia being reasonably recognized as a state sponsor of terrorism.
Attacks on residential infrastructure don’t help Russia achieve its goal. It only leads to its further isolation and, ultimately, to its defeat.
The West must react appropriately to the attacks on civilian objects across Ukraine by introducing an even tougher package of sanctions against Russia, as well as providing Kyiv with long-range weapons and air defense equipment.
Putin is a terrorist! He has nothing to offer but terrorizing the civilian population. If he wants to negotiate, he must not forget: there can be no negotiations with terrorists.
Russia should be declared a terrorist state, and the Putin regime – a sponsor of terrorism.
Kyiv needs to be provided with more modern weapons, primarily air defense and anti-missile defense, which will allow Ukraine to protect the civilian population and be able to strike back, targeting Russian military facilities.
With missile attacks on Ukrainian cities, Russia is resorting to the methods of Nazi Germany, which mercilessly bombed European cities during World War 2 – London, Coventry, Gdańsk, and many others.
The missile attack on Kyiv, where diplomatic institutions of various countries are located, is a demonstration of how doomed Putin is.