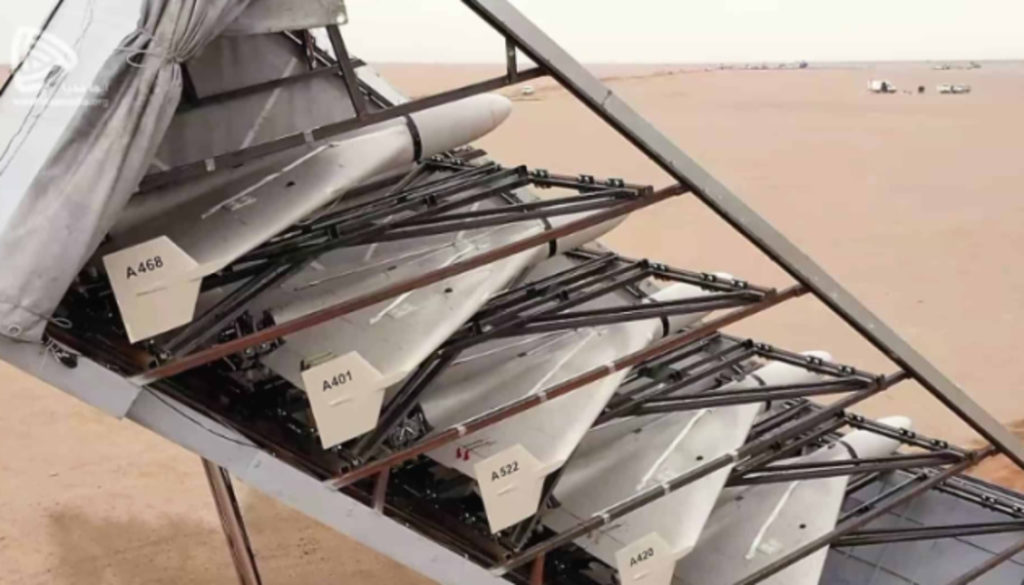 In November, an official agreement was reached between Moscow and Tehran on establishing the production of Iranian UAVs on the territory of the Russian Federation. It is expected that production would begin in the coming months after the final approval of the projects. Putin decided to start a confrontation with the entire civilized world, having actually formed a political “axis of evil” as part of the Russian Federation, Belarus and Iran triad. Russian-Iranian cooperation in the military-industrial complex can significantly change the nature of the war against Ukraine, because Putin, after receiving large batches of Iranian UAVs, will start a total war of attrition with Ukrainian infrastructure.

After 9 months of war, Russia has significantly depleted its missile arsenal, and it is problematic to produce new missiles in the required quantity. Despite the fact that the Russian military-industrial complex operates 24/7, the most important components for such missiles were imported. It is known that in November Russia began shelling Ukrainian cities with X-101 missiles produced in the third quarter of this year. With the help of so-called “gray import” schemes, Russia is trying to circumvent sanctions restrictions, but the existing capacity is only enough to produce small batches of missiles, which are mostly shot down by Ukrainian air defense. Now Russia is experiencing “missile hunger”, but missiles are the only weapon to help Putin wage a remote war with Ukraine.

Russia is not capable of occupying Ukraine; it cannot even hold the occupied territories of Ukraine, so Putin decided to destroy the Ukrainian energy infrastructure, depriving Ukrainians of normal living conditions. But this task is turned to be impossible for the Russian army. The Kremlin is now launching a war of attrition and battle of nerves, and cheap, closed production cycle Iranian drones will allow Putin to systematically strike at the destruction points in Ukraine. Putin is expected to launch a major stage of missile terror after he has a large number of manufactured and imported missiles and UAVs at his disposal. There is a possibility that a missile attack and an offensive attempt may occur simultaneously, which means that Ukraine must be provided with the necessary weapons to counter the Kremlin’s terrorist war.

The anti-Western “axis of evil” has finally formed: Putin decided to use all available human and material resources in confrontation with the collective West, using Belarus and Iran. Putin’s aggression will continue until the resource runs out. Russia carried out the first missile provocation in Poland on November 15; the second provocation with the participation of Russian aircrafts was against the NATO fleet in the Baltic on November 17. The Russian threat should not be underestimated: Putin is determined to accumulate the necessary resource and repeat his attempt to re-invade Ukraine. He will prepare for this regardless of whether he gets a tactical pause as a result of negotiations and a truce or not. Ukraine plays the role of a “shield of Europe”, which holds back the Russian invasion. Peace in the West depends on the number of weapons that the Armed Forces of Ukraine will have in order to ensure a peaceful sky over European cities.