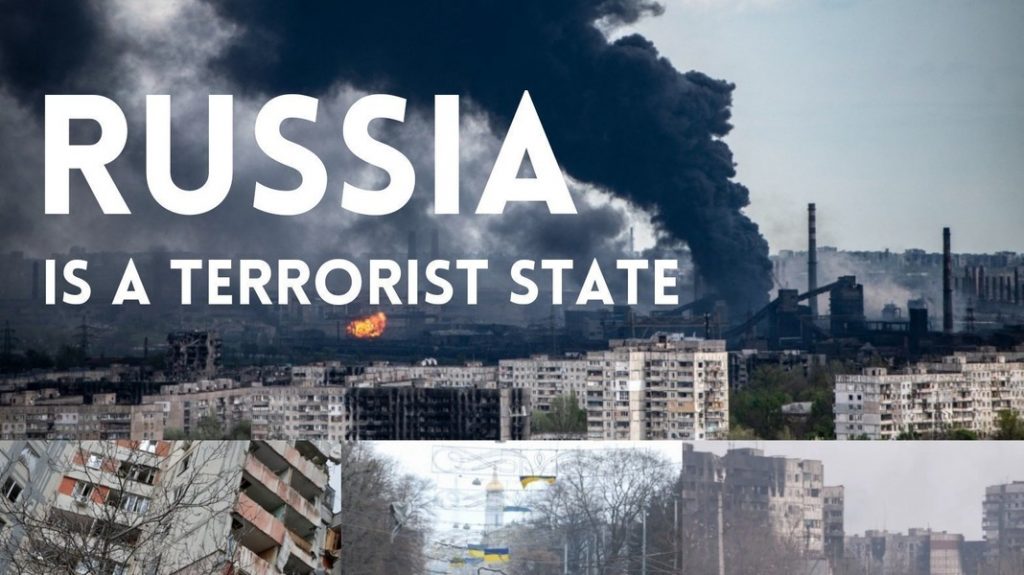 With each passing day, Russia is sinking deeper and deeper into the darkness of military censorship, ignorance and savagery, which even the most senior officials of the country demonstrate at the international level. The Putin’s regime is reaffirming its reputation as the world’s number one terrorist as Russian authorities are fighting against Ukraine’s civilian population, destroying critical infrastructure. After the adoption by the European Parliament of a resolution recognizing Russia as a state sponsor of terrorism, Moscow was also denied participation in the Munich Security Conference in 2023. It means that the West no longer hopes for normalization of relations with Moscow.

Russia is rapidly moving towards complete international isolation. Even its CSTO allies understand this. The failed results of the meeting of the CSTO member countries in Yerevan a few days ago are a good evidence of the continuation of the Kremlin’s geopolitical defeats in the international arena.

The CSTO summit in Yerevan became for Putin one of the most difficult political events in which the President of the Russian Federation participated this year. All CSTO member countries understand the inevitability of Russia’s defeat in the war against Ukraine, which automatically puts an end to any prospects for the existence of the organization.

Every day the situation resembles the parade of sovereignties of the late 1980s and early 1990s. For Russia, true allies in the CSTO turn out to be, in fact, not so loyal — after all, it is frankly dangerous to have a military-political alliance with an international criminal.

All alliances with Moscow end up with Russia eventually annexation of the countries with which it used to build allied relations. Russia knows how to make friends only by force. First, the Russian army enters a foreign country, and then an alliance is forcibly signed with Russia.

Today, the Russian Federation has finally entered into complete isolation and the Dark Ages. Because of its openly terrorist actions in Ukraine, Russia should be isolated as much as possible on all international platforms.