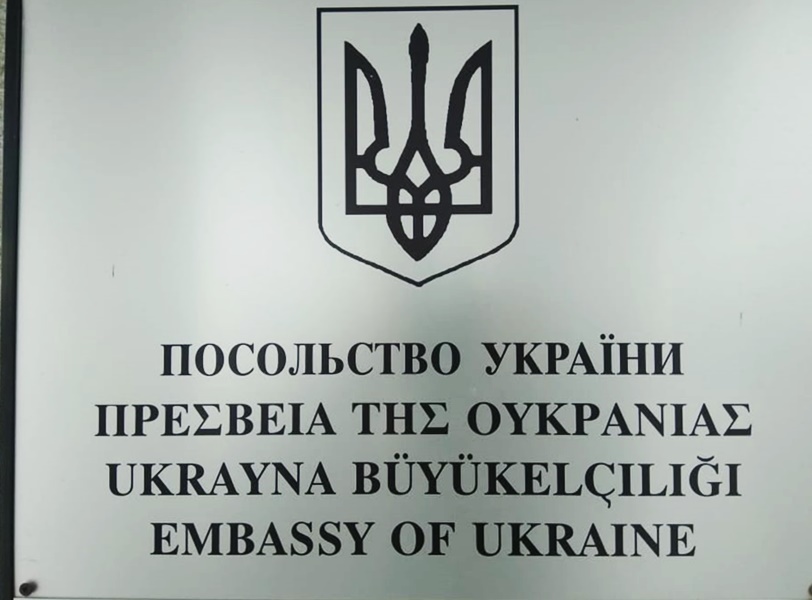 Cyprus Daily News requested the Embassy of Ukraine to the Republic of Cyprus to comment first-hand on the situation that is developing on the border with the Russian Federation.

Ukrainian diplomats have clarified position regarding the situation.

— Russia continues to escalate the Russian-Ukrainian international armed conflict, actively increasing its military presence in the temporarily occupied territories of Ukraine and in Ukraine’s adjacent regions, increasing the number of ceasefire violations on the demarcation line in the Donbas conflict zone.

According to the General Staff of the Armed Forces of Ukraine, as of the end of March 2021, the Russian Federation holds 28 battalion tactical groups (up to 600 people in one such group) along the state border of Ukraine and in the Crimea.

In the Temporarily Occupied Territories in Donetsk and Luhansk regions, a group of about 28,000 Russian occupation troops has been deployed, operating with the support of Russian regular troops, in command positions of Russian Armed Forces personnel.

In addition, up to 12 battalion tactical groups are kept in the Rostov region with a readiness period of 1-2 days, which allows for an immediate response to possible military action by Ukraine.

Russia is gradually increasing its troops near Ukraine’s border in the north, east and south in preparation for the future West 2021 joint strategic exercise.

On March 26, 2021, the Russian occupation forces fired on a demining group from the combined forces in the area of the settlement of Shumy, which killed 4 servicemen of the Armed Forces and two were seriously injured.

In this context the Embassy has stressed:

∙ Despite Ukraine’s efforts in re-launching the Minsk Process and implementation of Paris Normandy 4 agreements Russia effectively blocks progress in TCG and N4 formats, pursues dangerous escalation strategy and builds up its military presence on Ukraine borders and occupied territories of Donbas and Crimea, including under the pretext of military exercises, in particular „WEST-2021”.

∙ Taking into account recent changes in the Russian rhetoric and stalemate in negotiations it can manifest a preparation for military escalation.

∙ According to intelligence data, 28 battalion tactical groups were already deployed along the state border with Ukraine and in the temporarily occupied Crimea.

∙ Deployment of additional 25 battalion tactical groups near the border of Ukraine is expected.

∙ Since the beginning of 2021, the situation on the ground heavily deteriorated.

∙ In comparison to the end of 2020, the number of shellings this year has increased by 1.3 times and our military losses — by 3.5 times.

∙ Since January, Russia has significantly reinforced combat capabilities of its occupation forces (1st and 2nd Army Corps). Currently these formations consist of 28,000 servicemen and more than 2,000 representatives of the Armed Forces of the Russian Federation.

∙ Moreover, 12 additional battalion tactical groups on high alert are deployed in the Rostov-on-Don region as a reserve for the occupation troops in Donbas.

∙ After the ceasefire was introduced in July 2020, it was violated by the occupation forces 1074 times, including 138 times with the use of Minsk-proscribed weapons (as of 2 April 2021).

∙ As result, during this period 25 Ukrainian servicemen were killed, while 83 were wounded.

∙ All this would be impossible without permanent logistical support. Only since the beginning of 2021, Russia has sent through the uncontrolled segment of the state border in the conflict zone approximately 19,000 tons of fuel, 355 tons of munitions, 35 cars, tanks and MLRS.

∙ In order to hide its numerous violations the Russian side continues to restrict freedom of movement of the SMM OSCE monitors in the conflict zone.

∙ According to the SMM OSCE reports, in 2020 there were registered 848 restrictions, not related to mines and unexploded ordnances. About 96% of these restrictions took place in temporarily occupied territories of the Donetsk and Luhansk regions.

∙ As the result of recent shelling in the area of Shumy (Donetsk region) by the occupation forces of Ukrainian demining group on the 26th of March, 4 Ukrainian servicemen were killed and 2 more wounded.

∙ Russia refuses to recommit to ceasefire. On March 29, 2021, at the meeting of political advisers to the N4 leaders Ukraine proposed a joint statement at the N4 level to return the full ceasefire in Donbass and presented a draft of the Joint Action Plan on the subsequent realization of the Minsk Agreements. Russia categorically refused to enforce ceasefire measures.

∙ Ukraine’s proposal in the Trilateral Contact Group (TCG) to fully recommit to ceasefire from April 1 was refused by Russia as well.

∙ Instead Russia has been constantly accusing Ukraine in blocking the Minsk process and systematically putting blame on Ukraine for undermining the ceasefire regime at the official level as well as in the global information space.

∙ Russian officials have been repeatedly stating that it is Ukraine who “rejects the idea of dialogue”. Moreover, Russia`s disinformation machine has been spreading false narratives about Ukrainian military forces, trying to undermine their credibility and defense capability. Altogether Russia conducts aggressive information and psychological operations to put pressure on the Ukrainian state, Ukrainian society and our strategic partners to prepare a soft ground for further military provocations.

We are extremely concerned with the current security trends and consider recent actions of the Russian Federation as a substantial threat to the national security of Ukraine.

Ukraine reiterates its commitment to the peaceful settlement of the conflict in Donbas by political and diplomatic means, which is only possible if Russia engages.

Hostilities and violence on the ground jeopardise the fragile peace process as well as dramatically decrease the safety and security of the civilian population.

We call on the international community and partners to respond to this clear violation of the international law, Minsk agreements as well as arrangements, reached at the N4 Summit in Paris. Russian activities should receive respective evaluation, pressure on Russia must be increased to force it to respect its peace commitments undertaken as a party to the conflict.