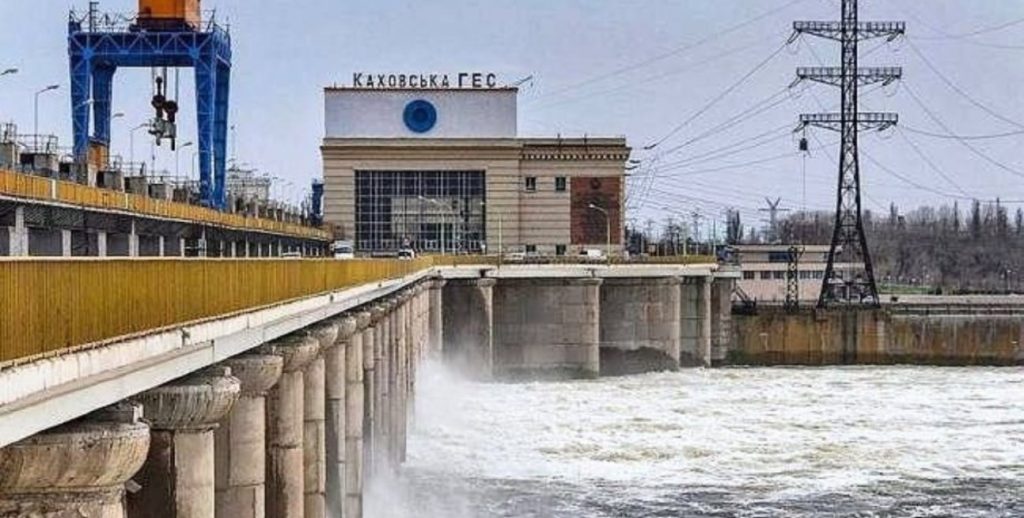 In 1941, the retreating Soviet army blew up the Dnieper Hydroelectric Power Plant in Zaporizhzhia, as a result of which about 100 thousand people died from a destructive wave, dozens of settlements, villages and towns were washed away. In 2022, Putin de facto plans to blow up the Kakhovska HPP and blame the Armed Forces of Ukraine for this. This is an unprecedented manifestation of terrorism and a crime against humanity that a mad dictator wants to commit against the civilian population of Ukraine.

After the decline of the provocations around the Zaporizhzhia NPP, Russia has created a new narrative in its information war: it began to circulate statements about the allegedly planned blowing up of the Kakhovka HPP by the Ukrainian army, which could cause the flooding of a large part of the territory down the Dnieper and endanger the lives of hundreds of thousands of Ukrainians. Such statements began to be systematically published in the Russian media from the beginning of October, and in general, they coincided with the beginning of a systemic crisis in the ranks of the Russian troops and the inability of their command to hold the occupied territories of Ukraine. The offensive of the Armed Forces of Ukraine on all fronts makes Putin resort to direct threats and speculate on the topic of undermining the Kakhovka HPP.

Kakhovka HPP was built in such a way as to withstand a low-yield nuclear strike. To blow up such an object, it takes several days to bring and accumulate explosives there. After fleeing from Kherson, Russian troops defiantly fired on the hydroelectric power plant, and the occupation authorities of Kakhovka immediately blamed Ukraine for this.

In August 1941, on Stalin’s orders the retreating Soviet army blew up the Dnieper HPP in Zaporizhzhia. Preparations were carried out for several days, the place was laid round with explosives. After the detonation, a destructive wave spread down the Dnieper to a distance of more than 12 km. According to various estimates, from 30 to 120 thousand people, military and civilian, died. Soviet historiography skilfully kept silent about this crime, information about the first dead was officially recognized only in 1990, and he was a German occupier. Residents of the settlements surrounding the Dnieper HPP still remember the terrible stories of their parents about entire villages washed away by destructive force and drowning, which were carried down the Dnieper. 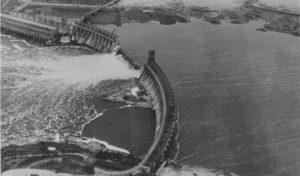 Putin repeats the criminal Soviet methods and does not care how many people die as a result of a terrorist attack at the Kakhovka NPP: Stalin has already tested such a terrorist attack and proved its destructive power. The ongoing military defeat of Russian troops in Ukraine and the shameful retreat from the occupied territories may force Putin to blow up the hydroelectric power plant. In this case, the offensive of the Armed Forces of Ukraine would slow down, and vast territories down the Dnieper would be devastating. This is a typical act of terrorism. And the world has no right to stand aside and turn a blind eye to Putin’s criminal intentions.

Ukraine is very much in need of Western weapons in order to stop Russian military aggression, which is able to go beyond the borders of Ukraine. The supply of weapons for the Armed Forces of Ukraine is an investment in the peaceful future of Europe and the preservation of Western civilization. Putin will stop at nothing and will use any methods of war, including terrorists, until he is stopped with weapons. The Russian army has proved its asymmetric weakness and backwardness: the Armed Forces of Ukraine with the help of Western weapons are driving the occupier out of their land.